Yesterday we sat in on a great conversation with some TFF 2014 cinematographers. Here are a few highlights. 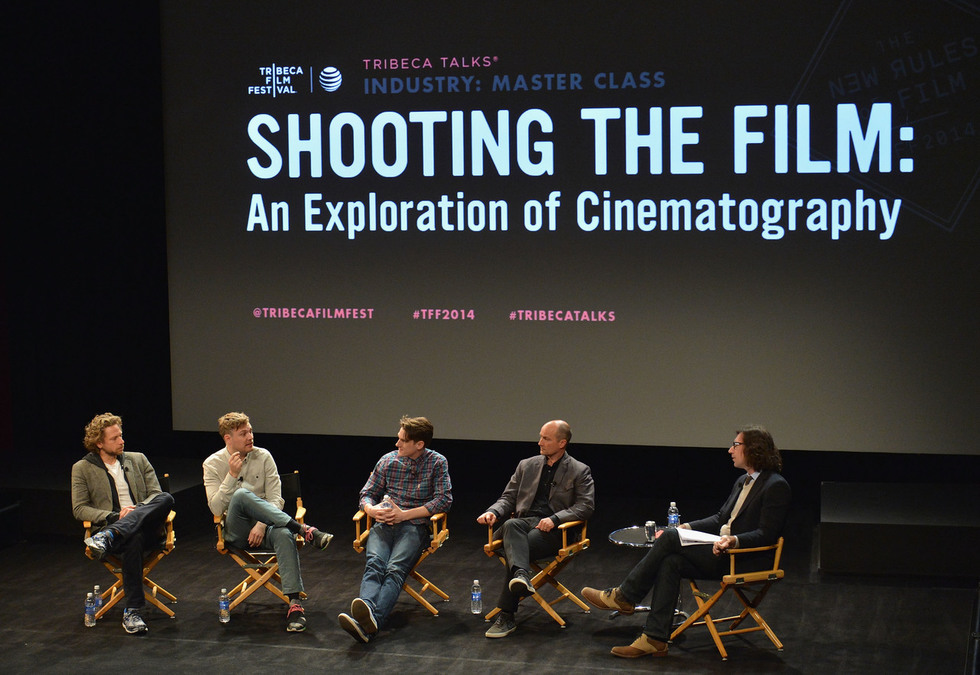 "Cinematography is kind of a hidden art, even though it's the most visible. It's mysterious," said Eric Hynes, film critic and moderator for Tribeca Talks Industry: Shooting the Film: An Exploration of Cinematography. "You could attribute everything to cinematography...or nothing." His guests included Nick Bentgen (Ballet 422), Zachary Heinzerling (Cutie and the Boxer), Luke Geissbühler (Match, Beyond the Brick: A Lego Brickumentary), and Ben Kutchins (Lucky Them). Together, these cinematographers divulged secrets of the trade, and how to create a cohesive vision - using clips from their work.

"This is a real treat, because cinematographers hardly get to see each other and talk to each other," Luke Geissbühler laughed.

Though their work differs from film to film, and work on narrative films can be drastically different from documentary, they all agreed on one thing: the story is central to everything.

Learning cinematography was learning to tell a story. For me, they're one and the same. - Zachary Heinzerling

"I think the only important thing is are you telling a story," quipped Ben Kutchins. "You can shoot a movie on your iPhone and make the greatest movie ever made." He also emphasized the cinematographer's importance in visual storytelling. "One of my jobs is to tell the story in the subtlest  way possible [...] I'm always trying to create a memory, something that feels like a memory."

Watching clips from these filmmakers' work, it was easy to see their devotion to the storytelling process. Each of them underlined the importance of being flexible on set; compromises may be necessary in the name of budget or vision. "The worst thing in the world," Nick Bentgen said. "Is to be right all the time." All agreed that they learned most effectively by reviewing their mistakes.

"Each [film] experience is completely unique. We're all filmmakers on set. The idea of a very black and white film set isn't appealing to me," remarked Kutchins as his colleagues nodded. "If you have a great idea--in any department--you can throw it out there," said Geissbühler.

Join us for the next Tribeca Talks Industry panel this Saturday, 4/26: The Growth of Short Content.