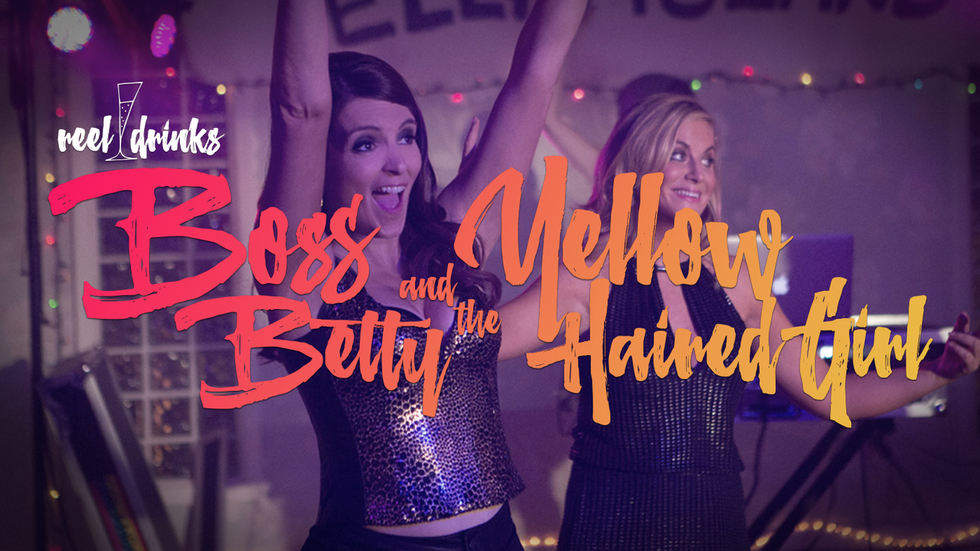 For grown-ups, Christmas is just the pregame for the real holiday season celebration that happens on New Year's Eve, albeit an expensive and stressful pregame. Kids prefer Santa Claus' busiest workday, of course, because it means toys, toys, and even more toys; adults, on the other hand, are counting down the minutes until it's time to wear goofy "NYE" party hats and drink like parched fish.

As you get older, though, it becomes increasingly more difficult to throw a killer NYE bash. Shots of alcohol are replaced by personal anecdotes about each other's children and/or workplace drama; Adele's album plays instead of an all-Calvin-Harris Spotify playlist.

That's how it initially plays out in Sisters, the new comedy starring Tina Fey (who'll be at the 2016 Tribeca Film Festival) and Amy Poehler as siblings saying goodbye to their recently sold childhood home in the biggest possible way: by inviting dozens of their old high school friends over for one final all-night rager. At first, the party is a drag, but once younger, ready-to-get-turnt-up people arrive, married couples and singles alike start guzzling down tons of liquor and, just for the hell of it, drawing phallic symbols on walls. To paraphrase the late, great Aaliyah Haughton, their ages ain't nothing but numbers.

This weekend, the moviegoers who choose Sisters over Star Wars: The Force Awakens out of loyalty to comedy queens Tina Fey and Amy Poehler will be surprised by what it really is: a wonderfully profane Project X for adults. Sisters puts you in the mood to wild out at an epic party of your own.

With New Year's Eve approaching, there's already an ideal party date available. And thanks to Tribeca booze-head Andy Rozal, they now have a couple of Sisters-inspired cocktails to serve to their guests: the "Boss Betty" and "Yellow Haired Girl," a pair of tequila-based drinks that, similar to Fey and Poehler's Sisters characters, have the same foundation but different tastes.

Ahh, Tina Fey and Amy Poehler. They're like family reunions and amphetamines: fun on their own, but put them together and you're going to have an amazing time. As Sisters' release date approached, I knew we had to cover it—and quickly realized that there's no way I could pay a proper tribute to two of my personal heroes with just one cocktail. So for this Reel Drinks entry, we have two.

Given the theme of sisterhood in the film, I wanted to explore the concept of doing two very different drinks that share a base spirit; to find a way to celebrate the differences that can develop from similar origins. And since this is largely a party flick, I figured why not make that shared spirit tequila?

Shaken, fruity, up drink with a zing

Combine all ingredients in a shaker with ice. Shake until the outside of the tin is covered in frost (about 30 seconds or so).

Double strain and pour into a chilled coupe. Enjoy immediately.

Wash and cut 1/4lb fresh ginger into small chunks. Combine in a blender with 1/4 cup granulated sugar, and 1/2 cup boiling water. Blend for two minutes, then strain through a cheesecloth into a non-reactive (glass, etc) container. Refrigerate and use within two weeks, making sure to shake vigorously before each use to reincorporate any white sediment that has gathered at the bottom.

Combine all ingredients in a mixing glass with ice. Stir until desired dilution and temperature is achieved (usually around 30 or so go-arounds).


For more Reel Drinks, check out past recipes here.