Then & Now: How STRAIGHT OUTTA COMPTON Connects N.W.A.’s Struggles to the Present Day

Although it's set in the late '80s and early '90s, STRAIGHT OUTTA COMPTON doesn't look or sound all that much different from our current reality. 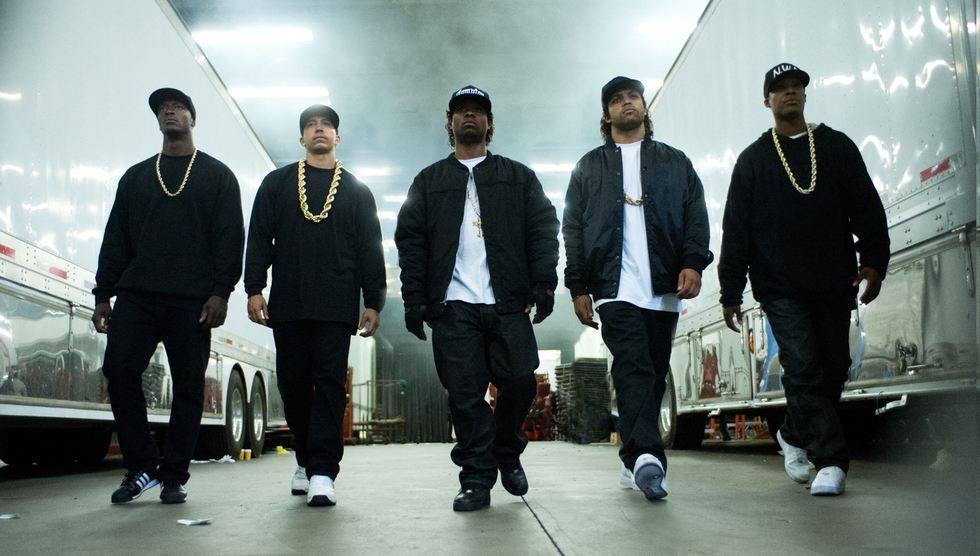 If anyone needs to see the N.W.A. biopic Straight Outta Compton, it's Meek Mill, the Philly-bred rapper who's been trounced by Drake in a widely publicized and laughably one-sided beef that Mill started when he tweeted about how Drake (supposedly) uses a ghostwriter.

Mr. Mill could learn a lot from O'Shea Jackson, a.k.a. Ice Cube.

Eazy-E, a drug dealer turned reluctant recording artist, acted as the group’s business arm. Through a random encounter in 1987, he aligned his crew with Jerry Heller, a music industry veteran in his mid-40s who'd spent decades guiding the careers of REO Speedwagon, Journey, Marvin Gaye, Styx, Black Sabbath, Otis Redding and several others. As the N.W.A.'s manager, Heller pushed Eazy-E towards a few shady contractual decisions. Eazy-E made tons of dough while his bandmates/friends were left on the financial sidelines. Ice Cube, in particular, wasn't happy.

That conflict is the driving conflict in Straight Outta Compton, directed by F. Gary Gray (Friday, The Italian Job), a longtime friend and music video collaborator of Dr. Dre and Ice Cube, both of whom co-produced the movie. (Gray directed the clips for Cube's "It Was a Good Day" and Dre and Cube's Murder Was the Case soundtrack tag-team "Natural Born Killaz.")

In late 1989, Cube parted ways with N.W.A., but not amicably. Incensed, Cube recorded the vitriolic diss track "No Vaseline," in 1991. It's a five-minute thrashing of every facet of his former brothers’ beings: their rapping abilities (Cube, N.W.A.’s best lyricist, famously wrote the bulk of their debut album), their lack of realness and, most viciously, their manhood (the title is, after all, "No Vaseline"—think about it).

In the Straight Outta Compton film, the audience watches Cube (played by his son, O'Shea Jackson Jr.) record the track, igniting the vocal booth with his monumental slander, intercut with shots of the remaining N.W.A. foursome listening to the song in stunned amazement and brewing anger. "That scene is everything in this movie," says Gray. "'No Vaseline' was a hip-hop atomic bomb. That was the beginning of the end of N.W.A. When Cube shot that song over to the group, they never fully recovered."

The timing of Straight Outta Compton’s "No Vaseline" scene is uncanny. Back-and-forth lyrical beefs have been staples in hip-hop since the culture’s early days, dating back to South Bronx advocate’s verbal tussles with Queensbridge's own MC Shan; Ice Cube’s demolition of N.W.A., however, was on another level. And when revisited again in the midst of today’s Meek Mill vs. Drake feud, it’s all the more potent. By comparison, Drake’s battle-winning record "Back to Back" sounds like a Kidz Bop recording, and the less said about Meek Mill’s incoherent and empty response "Wanna Know," the better. They’re neutered, PG-13 facsimiles of Cube’s brash, hard-R-rated missile launch that was, and still is, "No Vaseline."

"You hear diss tracks today here and there, and some of them are a bit tame because the artists have endorsements to protect, but 'No Vaseline' is raw—that's why I put it into the movie," says Gray. "That scene wasn’t in the original draft, but there’s no way you can make Straight Outta Compton and not include 'No Vaseline.' It was a very pivotal turning point in Ice Cube's journey and the group's trajectory, especially once he left the group. I wanted to make sure people watching Straight Outta Compton feel the same way fans felt back when we all first heard it and couldn’t believe what we were hearing."

More than a wake-up call for current battlers like Meek Mill and Drake, Straight Outta Compton’s key scene is also a reminder that hip-hop was at one time an uncensored, non-commercialized and fiery form of anything-goes expression, and N.W.A. were the first ones to truly light the match. "At that time, hip-hop was a kind of guerrilla warfare," says Gray. "I think that’s why N.W.A. was so popular and successful: they weren’t into being politically correct. What N.W.A. wrote about in their music was either what they'd witnessed or experienced firsthand in Compton, and it wasn’t always pretty. Sometimes it was funny and fun, but it always edgy and grimy. When you listen to their album, you're transported to a place you otherwise wouldn’t have access to, not unlike a movie."

Meek Mill isn't the only like-minded person whose Straight Outta Compton ticket should already be purchased. "No Vaseline" is the its music-specific knockout punch, but the film has a deeper and more socially conscious underlining. Not unlike how Ava DuVernay’s Selma connected to the deaths of unarmed black men like Eric Garner and Michael Brown, N.W.A.'s story is timely in the wake of America’s rampant police brutality and the general lack of trust in law enforcement. Though the Straight Outta Compton album’s overall subject matter was enough to piss off politicians and parents' groups back in 1988, the record’s second track was its most undeniably scorching hot-button. Unsubtly titled "Fuck the Police," it’s a profane yet empowering shot fired at the cops who’d been mistreating young black men and women. Its impact hasn’t lessened after 27 years:

Unsurprisingly, the Politically Correct Militia weren't exactly bumping the song in their police cruisers and BMW's. N.W.A.’s members were forced to hold explanatory press conferences in defense of "Fuck the Police," and many of their tour locations became cop-heavy strongholds where local cops urged the group not to perform the song. Naturally, they didn’t comply. In 1989, N.W.A. performed "Fuck the Police" in Detroit; fully charged up, the audience chanted the song's title uncontrollably and directly into officers' faces, sparking a riot outside of the Joe Louis Arena. It’s one of Straight Outta Compton’s strongest sequences, staged by Gray with the on-the-ground force and kinetic energy of an action movie.

Episodes like that cast N.W.A. in a negative light within the mainstream media. What the group called "reality rap" was dubbed "gangsta rap" by their biggest detractors. In reality, though, and effectively conveyed in the Straight Outta Compton film, N.W.A. wasn’t a collection of cold-blooded murderers dressed in all-black Los Angeles Raiders gear and baseball caps—they were the opposite of that. Instead of turning into "gangstas," they channeled their frustrations through art.

"As Cube puts it, a lot of N.W.A.'s music was a form of non-violent protest," says Gray. "Instead of picking up a MAC-10, an Uzi or a Molotov cocktail and being destructive, they picked up pens, paper and microphones. Their music might not have sounded positive or uplifting to outsiders, but considering the environment that they came from, it was extremely positive for them. Everybody has their own moral concept of how things should go, but that’s the point: they were going to be unapologetically N.W.A., with the good, the bad and the ugly. When the economy is the way that it is, and education is the way that it is, you’re going to get the products of those things. They were products of their environment. They made it clear: 'We don’t give a shit about what you think about us.'"

And that boldness was most evident in the group’s dealings with the cops. As depicted in the film, "Fuck the Police" was recorded in 1988 at a studio in Torrance, a scenic, beachside city in Los Angeles County that’s a far cry from N.W.A.’s native crime-ridden Compton and South Central neighborhoods. In between recording sessions, they’d hang around outside the studio, minding their business but inevitably inviting local police officers to question their presence. In Straight Outta Compton, two cops harass them while they’re eating lunch outside, smacking the food out of their hands, forcing them to lie down on their stomachs across the pavement and calling them "niggers" and "bangers" the entire time. Jerry Heller (played by Paul Giamatti) yells at the cops, saying, "You can’t come down here and harass these guys because they’re black!" One of the cops, who’s also black, says, "You heard what your master said—'Get the fuck back inside!'"

"When they recorded 'Fuck the Police,' they were at that studio in Torrance and really out of their element," says Gray. "Dre and Cube told me about how they were constantly harassed by the police there. It’s one thing to live in and around Compton, but once you started to venture off into different neighborhoods, the cops made sure to let you know that, if you were young and black, that you weren’t welcome; sometimes, they used excessive force."

Technically a period piece, Straight Outta Compton demonstrates how far police/civilian relations have come in the last few decades. Back in '88, when the Torrance Police Department wrongfully and publicly made examples of the N.W.A. members, there wasn’t any way for spectators to capture the incident, or incidents. The only way that Cube, Dre, Eazy-E, Ren and Yella could put the fuzz on blast was through their music; today, though, national news outlets routinely show lo-fi footage of shootings and physical abuse at the hands of cops. Hip-hop is no longer the primary transmitter of injustices.

"I’m actually cautiously optimistic that things are going to change, given where technology is at today," says Gray. "Technology has turned the tables. N.W.A. only had pens, pads and microphones back in their days, but now people have cell phone cameras, and there are video cameras, dash-cams and body cameras all over the place. We’re watching these things happen from different perspectives, and people are being indicted a lot quicker now. Hopefully the pressure will equal or balance out the playing field. And with that, hopefully the good cops can step out and not get the same heat that the few rotten apples deserve to get."

Not that today’s hip-hop artists shouldn’t also speak up. Similar to how current artists like Meek Mill aren’t likely to release songs that rival Ice Cube's "No Vaseline," the chances of hearing a modern-day answer to N.W.A.’s "Fuck the Police" seem slim. It's a different landscape today, with artists like Kendrick Lamar and even Dr. Dre releasing albums that approach #BlackLivesMatter topics with more optimism and uplift than the young Dre’s Straight Outta Compton. The anger’s still there, but the allusions to cemeteries riddled with fallen cops are things of the past.

"As an artist, you should be able to say whatever you want, however you want," says Gray. "'Fuck the Police' was obviously timely back then, and there are people who feel that it’s timely right now as well. But N.W.A.’s methods worked for them—we need today’s artists to find and utilize their own methods. I'm optimistic that things are going to shift, given all the pressure that’s being put on law enforcement and our leadership. You can’t keep experiencing these videos and reading these headlines and not expect something to happen about it. You have to believe that society and certain individuals will push for change." 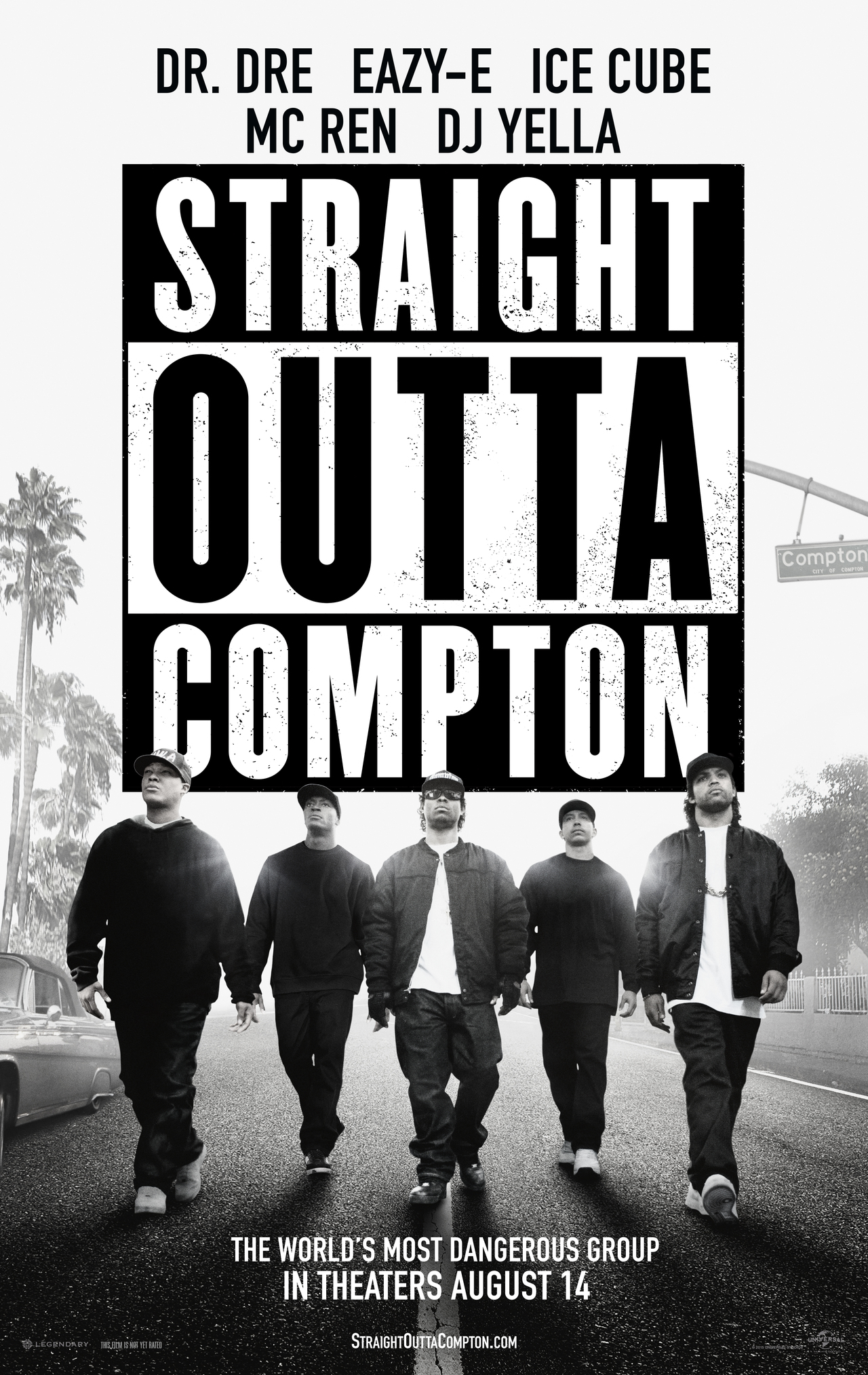 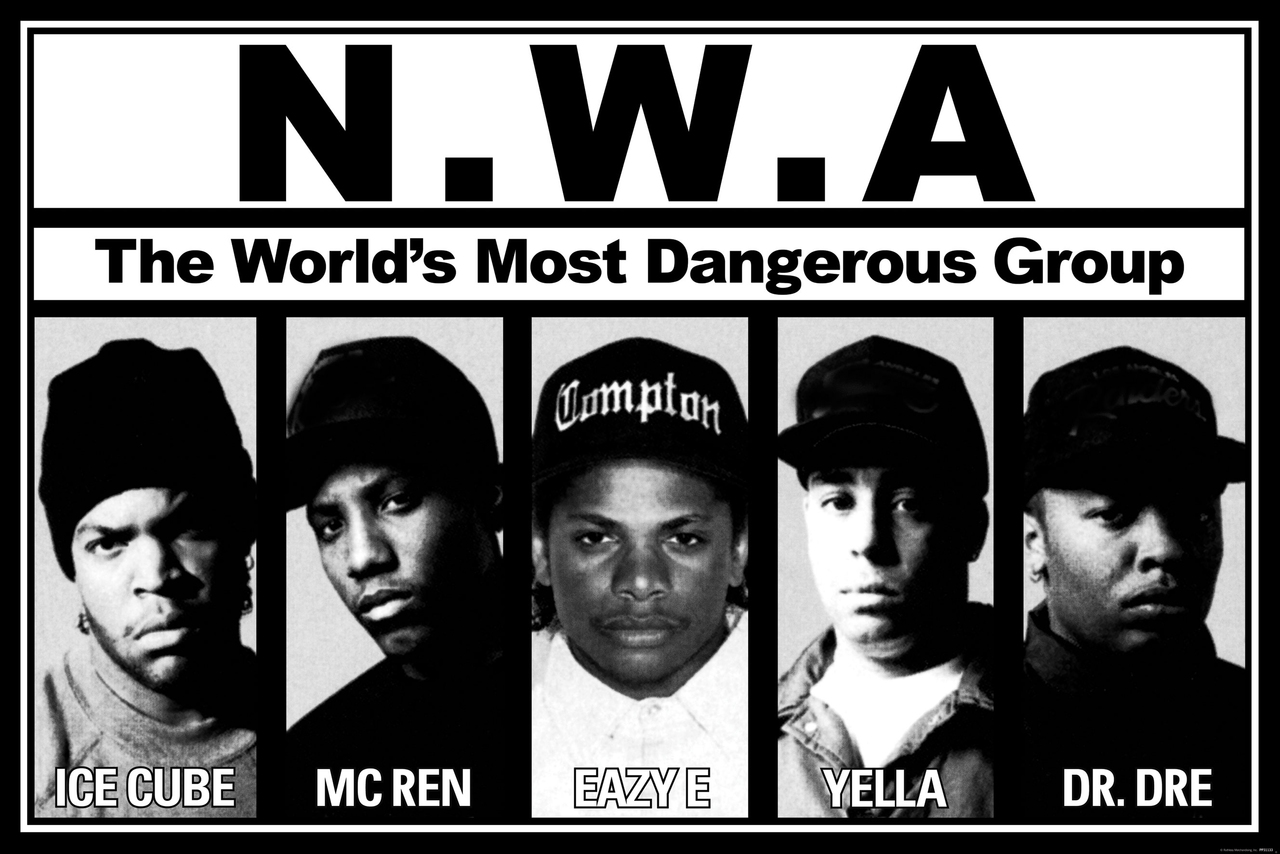 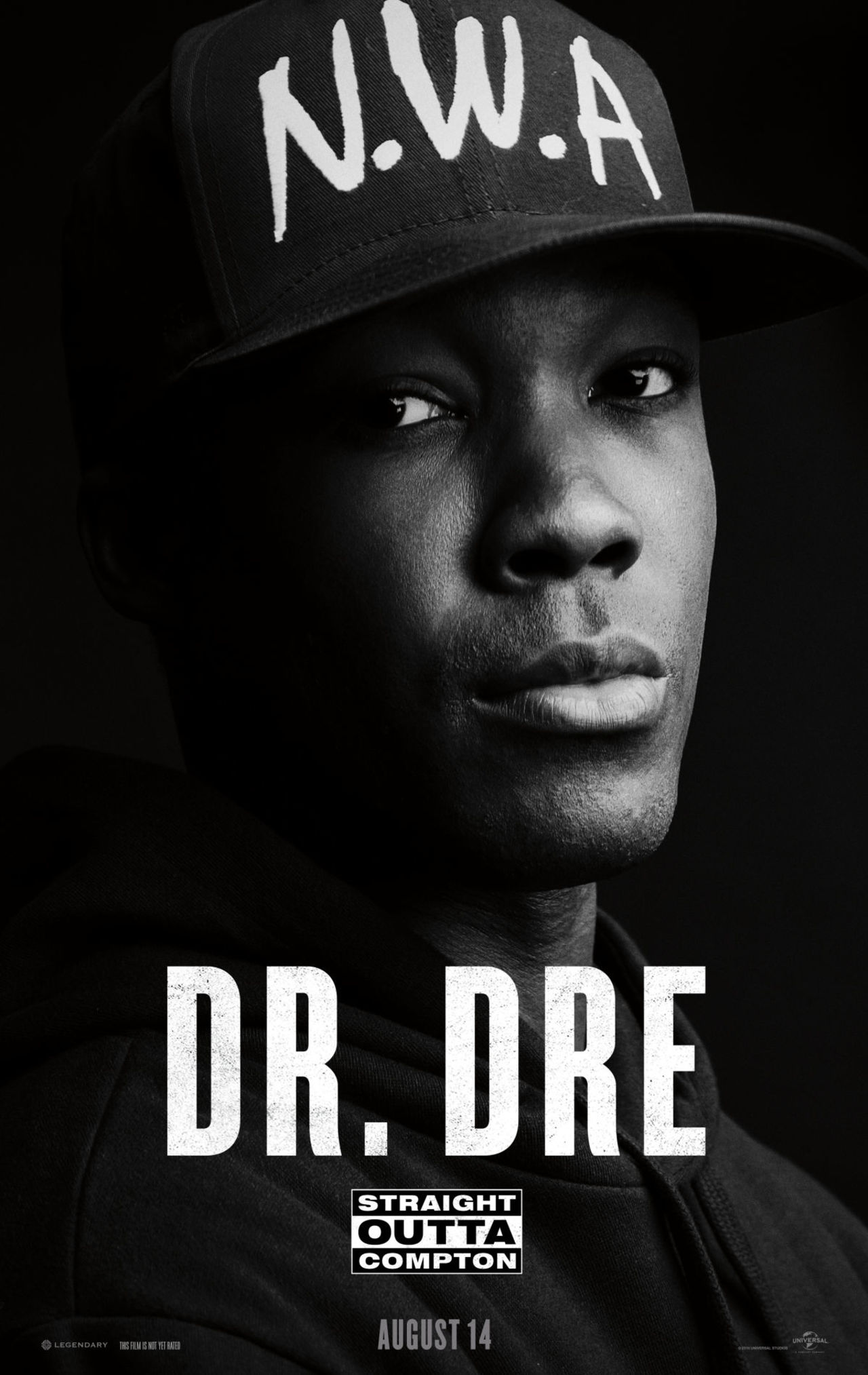 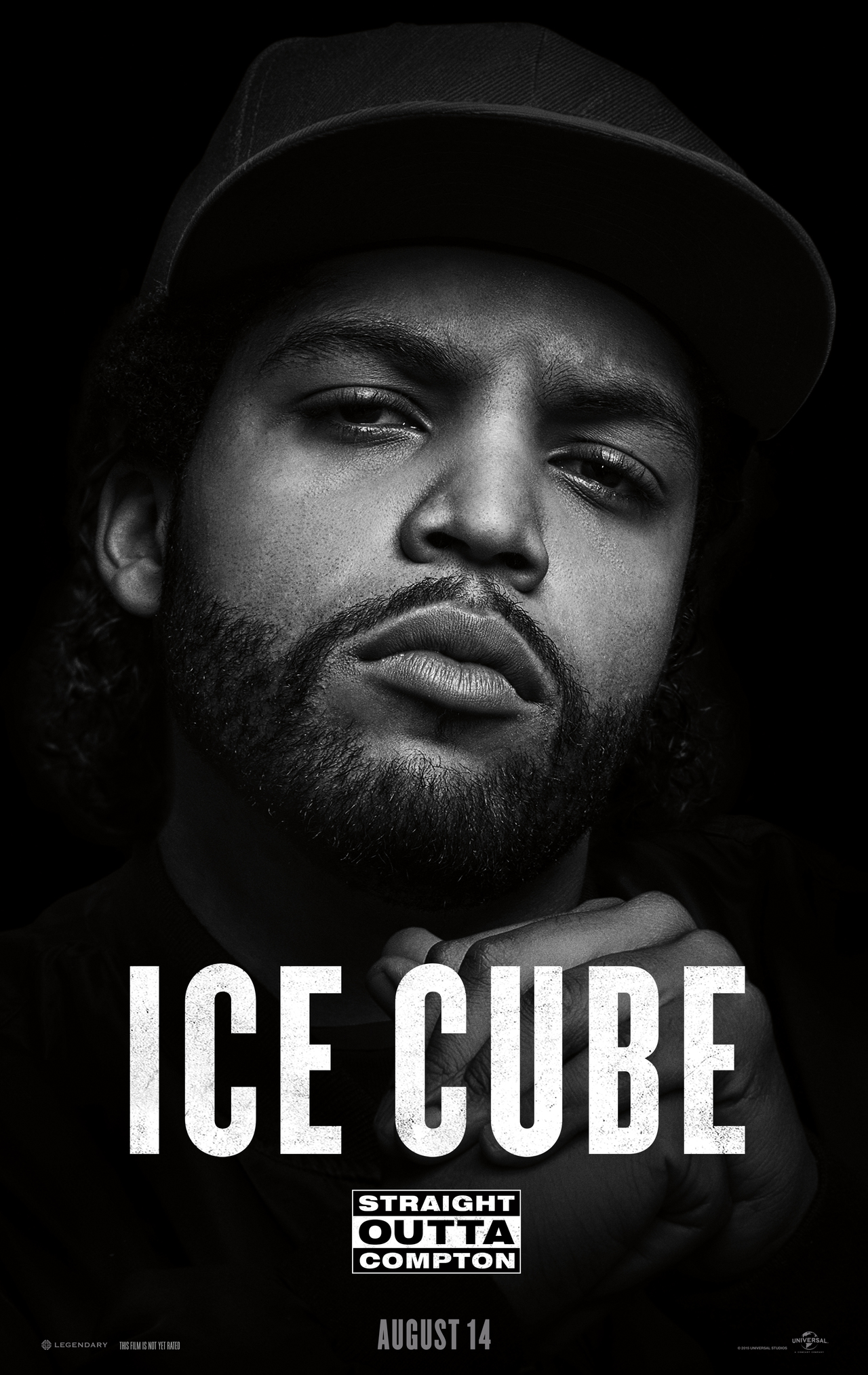 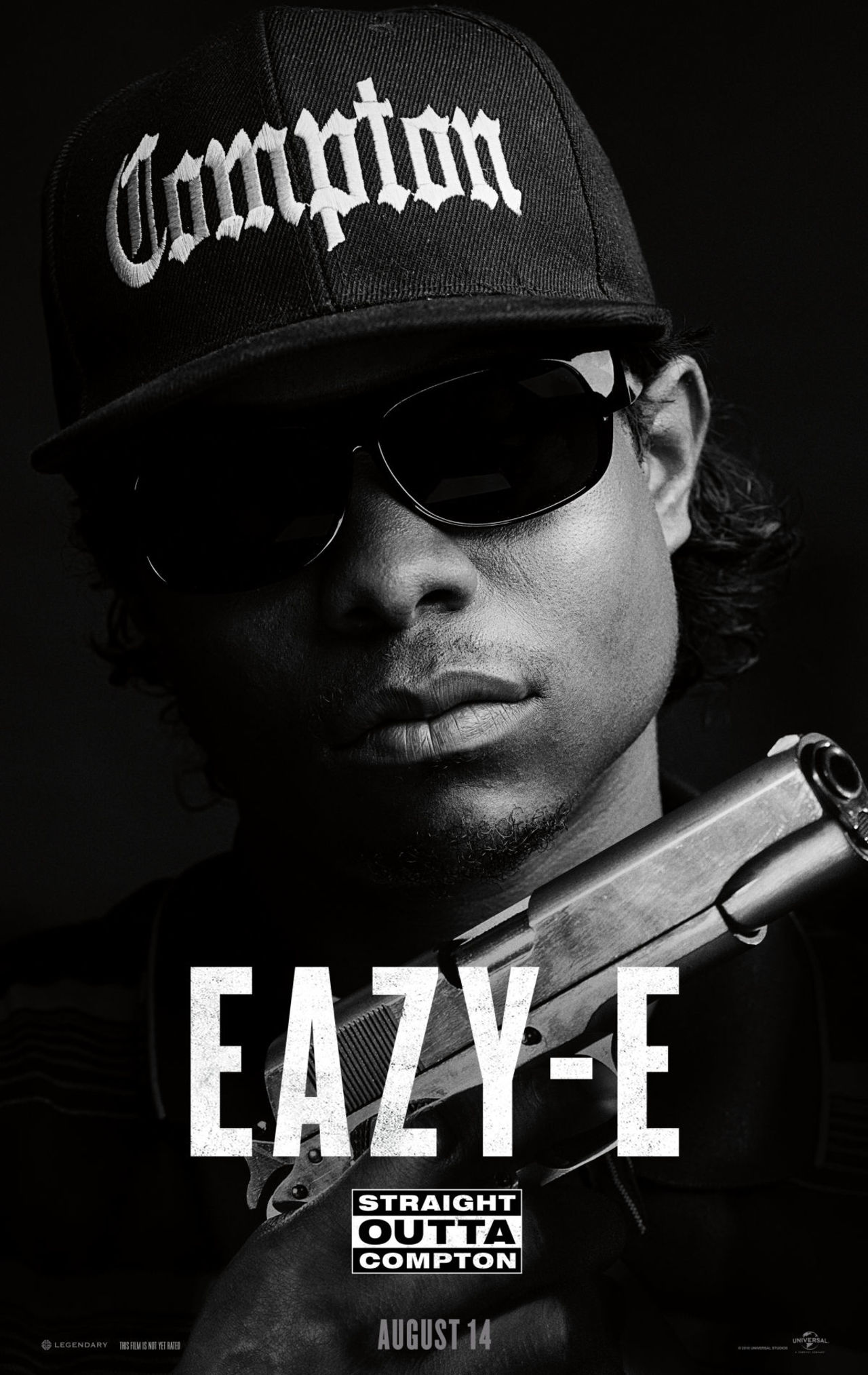 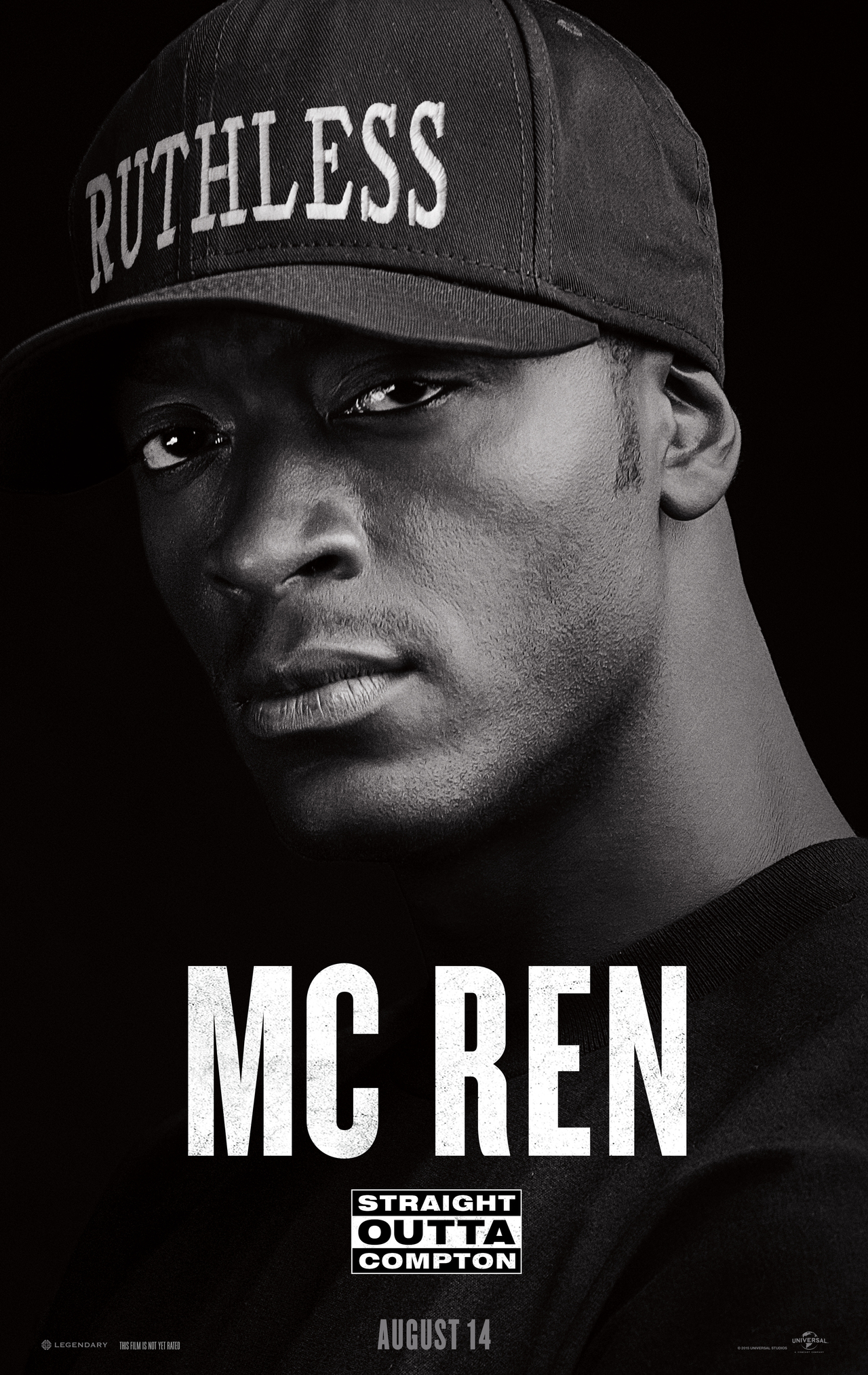 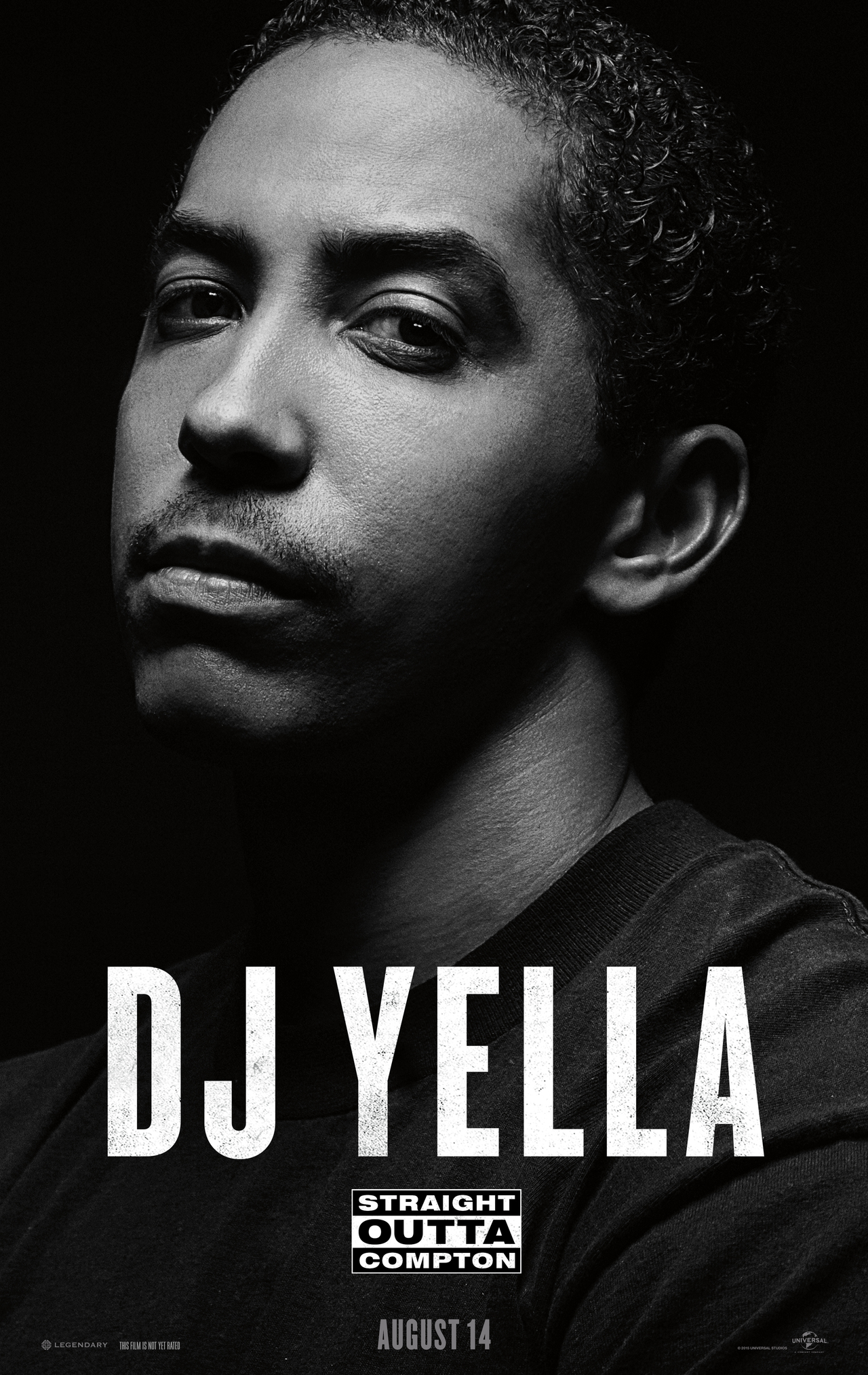 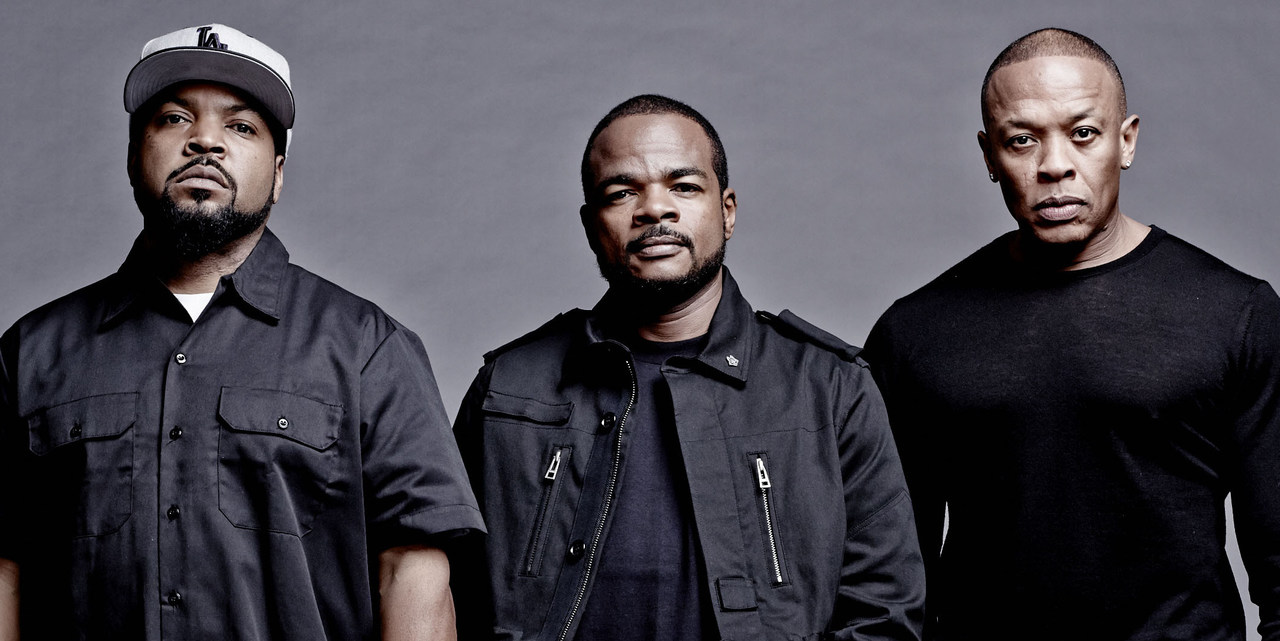