As 'Life Itself' opens this weekend, let's remember Roger Ebert by returning to his reviews of these classic films presently available to stream. 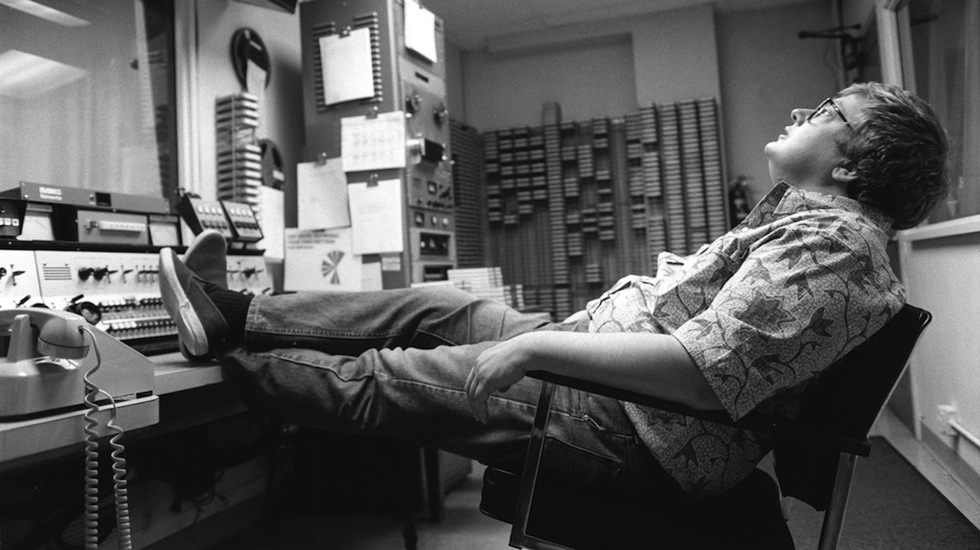 Life Itself, the film documenting the life and success of famed movie reviewer Roger Ebert, hits theaters this weekend.  The trailer reveals the film's scope, covering the Pulitzer-prize winner's early days to his sucessful TV show with Gene Siskel to his life-altering diagnosis and battle with thyroid cancer.

To honor Roger Ebert and celebrate the release of Life Itself, we return to some of the things he had to say—nice and not-so-nice—about a few contemporary classic films presently available to stream.

This is a movie that establishes its tone by constantly switching between tones: The switches reflect the restless mind of the filmmaker, turning away from the apparent subject of a scene to find the angle that reveals the joke. Annie Hall is a movie about a man who is always looking for the loopholes in perfection. Who can turn everything into a joke, and wishes he couldn't.

In his "Great Movies" series, Ebert returns to Woody Allen's Annie Hall almost 25 years after its release—and his original televised reveiw with Siskel—to offer his thoughts on the modern classic.

In any event, seen again now at a distance of 20 years, Apocalypse Now is more clearly than ever one of the key films of the century. Most films are lucky to contain a single great sequence. Apocalypse Now strings together one after another, with the river journey as the connecting link.

Ebert regresses 20 years again with this review of Francis Ford Coppola's Apocalypse Now. Ebert is less affected by the picture's graphic violence and more interested in the characters produced in violent environments. He observes, "the whole movie is a journey toward Willard's understanding of how Kurtz, one of the Army's best soldiers, penetrated the reality of war to such a depth that he could not look any longer without madness and despair."

But it isn't the structure that makes Pulp Fiction a great film. Its greatness comes from its marriage of vividly original characters with a series of vivid and half-fanciful events and from the dialogue. The dialogue is the foundation of everything else.

This review of Quentin Tarantino's Pulp Fiction  is emblematic of Ebert's unique ability to pinpoint the part of the filmmaking formula that drives your enjoyment of the film. Ebert's writing style captures the cinematic effect perfectly by saying, "it is Tarantino's strategy in all of his films to have the characters speak at right angles to the action."

Stanton has long inhabited the darker corners of American noir, with his lean face and hungry eyes, and here he creates a sad poetry. Kinski, a German, perfects the flat, half-educated accent of a Texas girl who married a "raggedy" older man for reasons no doubt involving a hard childhood. We care so much for their family, framed lonely and unsure, within a great emptiness.

While Ebert rightly highlights the performances in Wim Wenders's Paris, Texas, notable also is Sam Shepard's script and the American mythologies produced and reproduced in this narrative. Like Ebert notes, the wandering desert hero archetype has left its mark in American Cinema.

Unlike most of the New Wave directors, Varda was trained not as a filmmaker or as a critic, but as a serious photographer. Try freezing any frame of the scenes in her apartment and you will find perfect composition—perfect, but not calling attention to itself. In moving pictures, she has an ability to capture the essence of her characters not only through plot and dialogue, but even more in their placement in space and light.

Cleo from 5 to 7
Agnes Varda
Watch on Hulu+

This French New Wave film is hardly contemporary, but is also one of the few films by women that Ebert included in his Great Movies list. Rewatching this one with Agnes Varda's photographic training in mind reveals the film's more subtle artistry.

The ones he hated...

He seems more concerned with creating his film worlds than populating them with plausible characters, and that's the trouble this time. Blade Runner is a stunningly interesting visual achievement, but a failure as a story.

Admittedly, Ebert has since rewritten this review in a kinder light with the re-release of Ridley Scott's Blade Runner: The Final Cut, giving the film that final fourth star. While his original issue seemed to be with the story, Ebert notes in his re-review that restoring the print brings the film to "a higher technical standard."

Yes, there is a humanistic feeling underlying the action. Yes, an Iranian director making a film on the forbidden subject of suicide must have courage. Yes, we applaud the stirrings of artistic independence in the strict Islamic republic. But is Taste of Cherry a worthwhile viewing experience? I say it is not.

Ebert takes on a position familiar to cinephiles when expressing distaste for any lengthy, slow-paced film by writing, "I understand intellectually what Kiarostami is doing...the subject matter does not make it necessary..." In this unfavorable one-star review, Ebert picks up on perhaps Kiarostami's most polarizing stylistic choice: one that enforces a patient spectatorship.

"To the degree that I do understand, I don't care." It was, however, somewhat reassuring at the end of the movie to discover that I had, after all, understood everything I was intended to understand. It was just that there was less to understand than the movie at first suggests.

Dogville can be defended and even praised on pure ideological grounds, but most moviegoers, even those who are sophisticated and have open minds, are going to find it a very dry and unsatisfactory slog through conceits masquerading as ideas.

In one scene, [Rossellini] is publicly embarrassed by being dumped naked on the lawn of the police detective. In others, she is asked to portray emotions that I imagine most actresses would rather not touch. She is degraded, slapped around, humiliated and undressed in front of the camera. And when you ask an actress to endure those experiences, you should keep your side of the bargain by putting her in an important film.

In his one-star review of this arthouse favorite, Ebert raises important questions regarding Isabella Rosellini's performance and acknowledges that, as a film about the dangers of voyeurism, Blue Velvet is an incredibly difficult film to watch.

Gladiator is being hailed by those with short memories as the equal of Spartacus and Ben-Hur. This is more like Spartacus Lite. Or dark.

Ebert uses the word "dark" to refer to the overall tone of Gladiator and its general coloring - "A foolish choice in art direction casts a pall over Ridley Scott's Gladiator that no swordplay can cut through. The film looks muddy, fuzzy and indistinct." This art direction, paired with the hopelessly violent narrative, only earned the film two stars from Ebert.

After the departure of his two most memorable characters, the sergeant and the tubby kid, he is left with no charactors (or actors) that we really care much about. And in a key scene at the end, when a marine feels joy after finally killing someone, the payoff is diminished because we don't give a damn about the character.

Ebert recognizes Kubrick's place in inscribing modern classics, and he holds the director to this measure when giving him two-and-a-half stars for Full Metal Jacket. For Ebert, this film just doesn't live up to all of Kubrick's skill as a cinematic innovator.

"It's only after we've lost everything that we're free to do anything," he says, sounding like a man who tripped over the Nietzsche display on his way to the coffee bar in Borders.

This solid gold quote refers to the Tyler Durden philosophy which encourages sophomoric, self-important misbehavior. Ebert understands that the film might be cautioning against this attitude, but it's certainly no less frustrating to watch.