The intense new film from acclaimed director Alejandro González Iñárritu puts Leonardo DiCaprio through the ringer with bear attacks, freezing-cold conditions, and visceral action sequences, all of which is shot with visceral grittiness and stark beauty by Lubezki. Here, he discusses the ins and outs of one of the year's most technically impressive films. 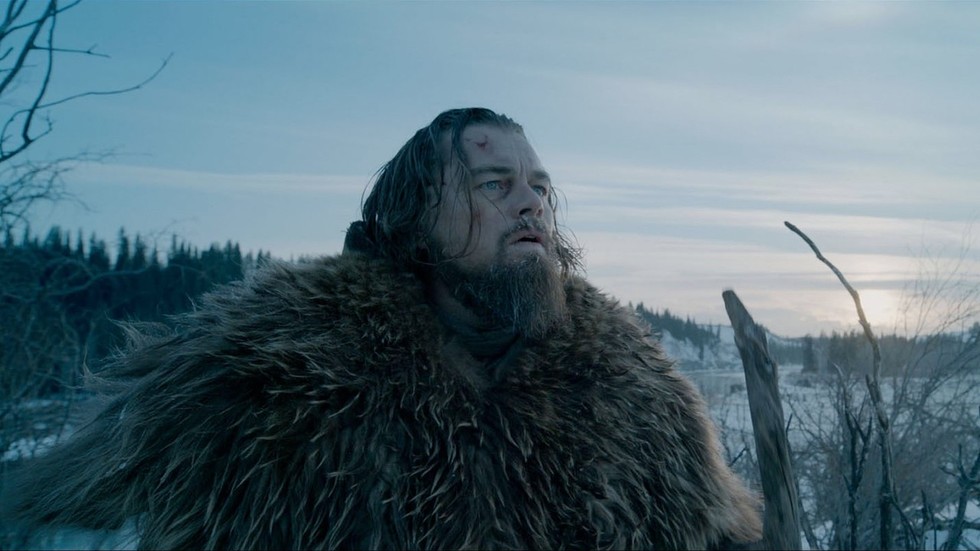 Arguably the best cinematographer working in Hollywood today, Emmanuel Lubezki isn't someone who is afraid of failure. He's worked with some of the industry's most ambitious filmmakers, specifically Terrence Malick, with whom Lubezki has made four movies; Alfonso Cuarón, for whom Lubezki shot Children of Men and Gravity; and recent Oscar winner Alejandro González Iñárittu. Yet failure is something the Mexico City native experienced plenty of times during the making of his latest collaboration with Iñárittu, The Revenant, opening in limited release this Friday, Christmas Day, on the heels of Lubezki's back-to-back Academy Awards for Cuarón's Gravity (2013) and Iñárittu's Birdman (2014).

The Revenant stars Leonardo DiCaprio as Hugh Glass, an early 19th century fur trapper who seeks revenge on the man who left him for dead (played by Tom Hardy) after a vicious bear attack. While Lubezki admits the film proved to be a challenging one for him, his name is very much in the dialogue for end-of-the-year accolades, including a possible eighth Academy Award nomination. If Lubezki, 51, ends up with another win, he will be the first cinematographer in film history to earn three Oscars in a row.

We recently spoke with Lubezki about what he feels shooting The Revenant digitally and in natural light did for the film's composition, what his relationship is like with other heavy-hitters in his field, and whether or not he feels shooting on film is an art form that might have some staying power despite more and more filmmakers moving on to use digital cameras.

What were some of the conversations you had with Alejandro before you started shooting The Revenant? Was using natural light always in the initial plans?
Shooting in nature and with natural light was definitely in the initial plans, but we didn't know what we were getting into. It's impossible to really predict that. We knew we wanted to do the movie in real locations and do them in the winter. We knew it was going to be incredibly rough. We wanted that spirit to trickle into the movie. You can never predict how the weather will behave. In terms of using natural light, we wanted the audience to truly feel immersed in this world. We wanted to take them through this journey. We wanted the style of the movie to be completely determined by the conditions [outdoors] when we shot it. We wanted to make a movie that had that visceral quality.

Leonardo DiCaprio's performance is incredibly intense. Did that put pressure on you since it's probably hard to recreate his scenes if, say, you want to shoot from another angle or if Alejandro wants another take?
Many times we could do multiple takes and many times we couldn't. Sometimes [DiCaprio] would be in a frozen river and when he gets out of the river you can see the icicles floating in the river. The water was below 32 degrees. You cannot reproduce that on a stage or on a green screen. You also can't ask Leo for more than one take. It's incredibly brutal. It’s very painstaking because you want to capture the moment and you don't want to ruin anything. But at the same time, you know that if you achieve [the shot] it will have a power that is unimaginable.

One of the scenes everyone is talking about, of course, is the bear attack. What were you and Alejandro's ideas about that particular scene? There's definitely a feeling of helplessness that happens in those few minutes.
That scene was very hard. It took many months of thinking and rehearsing and experimenting. When you see a canvas that is completely white, you have to start drawing and figuring out what the emotions are that you want to express and what you want the audience to feel. It took a long time. During the process we found a [video] on the Internet that shows a man who falls inside a bear [enclosure] at the zoo and gets attacked. The fact that the scene is being caught in real time on a cell phone expresses something you can’t express otherwise. You can express the horror and randomness of the attack and the behavior of the bear that is so foreign to us.

With the success you've had over your 25-year career, I can only imagine how highly in demand you are as a cinematographer right now. How do you decide what projects you're going to take on? Would you ever say no to Alejandro or Alfonso Cuarón?
You know, I've been very lucky to work with directors that are true artists and are masters at their craft. They know all the tools very well. I hope if [Alejandro or Alfonso] calls me, I'm never in the position where I'm not going to be able to work with them. I hope they call me again because I love to work with people I admire so much.

As a cinematographer, do you ever have ideas for certain shots you wanted to capture that just end up being impossible? Is that something you experienced in The Revenant?
Absolutely. In [The Revenant], we had many moments where we completely failed. There's a scene at the beginning of the movie where the Native American warriors attack. You see arrows flying in the air and [the fur trappers] are lost and don't have any idea where the attack is coming from. We probably shot that scene four times because we failed a couple of those times. The blocking was wrong. The camera was in the wrong position. More than anything, the tempo of the scene was wrong. We were hitting it very fast and weren't able to capture the emotion Alejandro wanted. It took a couple of tries to build it to where it is right now in the movie, which is haunting and scary and mysterious.

That's something I love about Alejandro. If something is not right or doesn't capture a certain emotion, we will try it again or not use it in the movie. There were a lot of things like that in the film that we had to redo because he didn't think they were working.

I'm thinking about the complexity of that specific scene and can't imagine having to shoot it once much less four times.
In every movie there are moments like that. Nothing is written. You can't go get a manual that says, "Move the camera this amount of feet per second." Everything is so subjective depending on how you perceive it and how the director perceives it. It's a very complicated business.

What does Alejandro bring to his films as a director?
I'm really in awe with how he is able to create atmosphere. [The Revenant] is a story that has almost no dialogue and has tons of layers. Everything is told in a very cinematographic way. He trusts the audience to watch the movie and take on these explanations and dialogue and get into the feelings and story he is trying to tell. He has Leo and Tom [Hardy] and all of these performers that can help him.

What is the cinematography industry like in Hollywood? Is it a close-knit group? Is it competitive? Can you call on each other for advice?
You know, I'm friends with many cinematographers. There's a big group that I admire. I love that I can call them anytime and ask them for help. If I have a technical question, I know I can count on them. I feel like there are really no secrets. If you have a question you can call [cinematographers] Phedon Papamichael (Nebraska) or Roger Deakins (Sicario) or Wally Pfister (Inception) and many, many others. You can dial any of their numbers and if they've done something that you haven't, they will tell you how they did it. In that sense, it is quite wonderful. My friend [cinematographer] Rodrigo Prieto (Argo) is always someone I call for advice.

I know you attempted to shoot The Revenant on film, but decided against it. Some purists would argue that it would be very disappointing if filmmakers only shot digitally in the future. Do you think that’s where the industry is going sooner than later?
I think film is most likely going to disappear. It's expensive and most of the people that know how to make it and how to develop it are no longer working. It's going to be very hard to keep it alive. I hope it stays alive for many reasons, one being that it has an incredibly dynamic range that digital cameras don't have right now. It can capture very high lights and shadows. It can capture more tones than the digital camera can. It also has a certain texture that digital cameras don’t have.

Film allows the directors and the cinematographers to have more possibilities to tell their stories. In terms of archiving images, film is the most incredible way to do that. If you have the prints and the negatives and put them in a safe place, you can have them for a thousand years. With digital prints, it's very hard to archive. I think a lot of the movies we're doing right now digitally might disappear forever. The third thing has to do with the history of film. I would love to be able to go to the theater and see The Godfather the way it was intended to be seen. I would hate if we lost that.

Why did you ultimately decide to shoot The Revenant digitally?
I could have never done it the way we did without digital cameras. We were shooting in the northern latitude with the sun traveling very low going behind the mountains. Film wasn't able to capture the light at the time. It was very dark most of the day. The digital cameras allowed us to capture that without grain. We captured it with a very pristine and clean image. That's the way I wanted to do it. Still, I hope all these different methods survive. I just don't know if that can happen.

The Revenant opens in limited release this Friday, Christmas Day, before expanding nationwide on January 8.