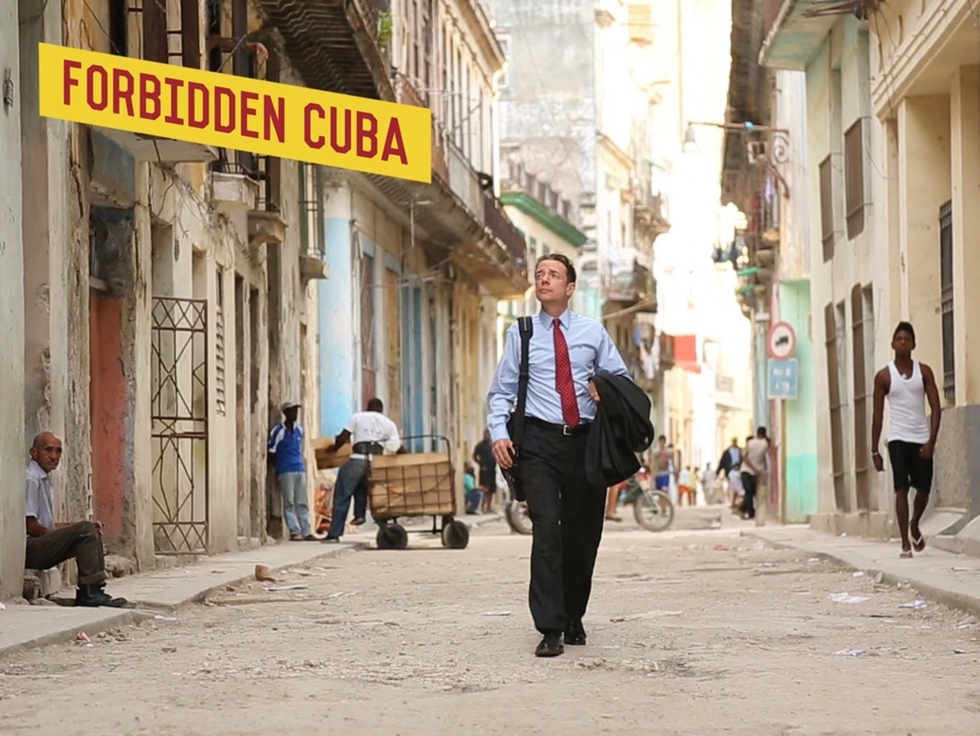 Defying rules, reason, and recently-lifted travel embargoes, Art Jones' indie feature Forbidden Cuba was covertly shot, guerilla-style, across Cuba over the course of three weeks, back in 2012, only three years before Obama reached a diplomatic compromise in America's tetchy relationship with its longtime Cold War adversary.

Armed with neither permits nor studio backing, Jones and his four-person Franco-American crew entered the country on the same day that Hurricane Sandy hit Jones' native New York, and managed to shoot for nearly a month while successfully avoiding arrest and deportation by cleverly convincing Cuban bureaucrats that they were filming a documentary on the island's birds. Jones and his crew were ultimately detained by Cuban bureaucrats at the tail-end of the trip, and although much of their equipment was confiscated, the filmmakers were allowed to keep their innocuous, bird-heavy footage.

Forbidden Cuba — which tells the story of an American businessman who travels to Havana to locate an AWOL colleague but finds his eyes opened to Cuba's beauty and culture in the process — admirably aims to spread the truth about a rapidly-changing nation for which Americans still hold many prejudicial preconceptions.

And it needs your help in doing so!

Jones has launched a Kickstarter campaign to help cover Forbidden Cuba's post-production costs, and has just crossed the halfway mark on its $45,000 goal. Donate here until Saturday, June 27th, and help this ambitious filmmaking team complete their audacious exercise in the long-dormant tradition of guerrilla filmmaking, one that might make for an even greater story than the one being told onscreen.