Here Are The Films In 2015 Tribeca Film Festival Midnight Section

This year’s Midnight section will feature a special screening of Tommy Wiseau’s infamous 'The Room' with a one-night-only live performance from Rifftrax. 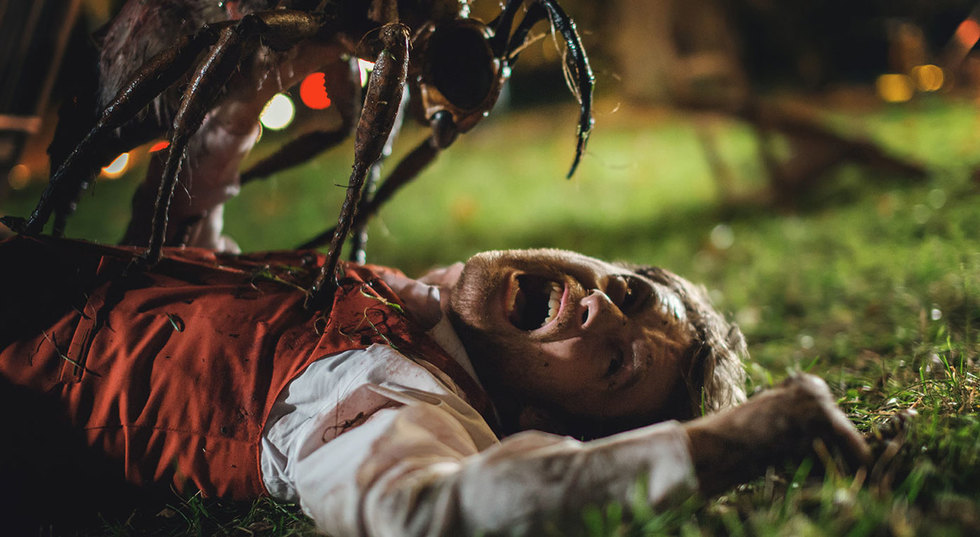 Genre fans, rejoice! The Midnight section at the 2015 Tribeca Film Festival, presented by AT&T, will feature 5 daring new films that celebrate the weird, the terrifying, and sometimes even the down-right hilarious.

This eclectic program, which will bring you vengeful anthropomorphic bananas, evil mutant wasps, unhinged babysitters, corrupt cops and more, will end with a memorable screening of Tommy Wiseau’s cult classic The Room together with a live performance from the cinephile comedy group, Rifftrax. Get ready to stay up late with these scary, funny, surprising Midnight tales.

Bodyslam: The Revenge of the Banana!
Directed and written by Ryan Harvie and John Paul Horstmann. (USA) – World Premiere, Narrative

Ronald McFondle, Eddie Van Glam, and other social outcasts made up the Seattle Semi-Pro (SSP) Wrestlers, an off-kilter family of cabaret fighters that spoofed the pros. When a newcomer Paul, The Banana, fell on the wrong end of the joke, he ran to the government to disband the SSP. Bodyslam: The Revenge of the Banana! captures the wrestlers’ fight to keep the theatrics alive.

After their regular babysitter can’t make it, the Thompson family turns to her friend Anna to supervise the children while they go out to celebrate their anniversary. At first Anna seems like a dream come true for the kids, as she allows them play with things that are usually off-limits, but as the night creeps along they soon find out that she is not who she seems to be.

Michael Logan (Peter Ferdinando) may be a corrupt, coke-addled cop, but he’s a bad lieutenant with a conscience. After years of dodging the same laws he was assigned to uphold, Michael suddenly finds himself trying to change while safeguarding a young Albanian woman from the sex trade. Equal parts grit and neon, Hyena blurs the line between cop and criminal and exposes the illicit underworld inhabited by London’s most ruthless policemen. A Tribeca Film release.

For their first-ever New York performance the Rifftrax gang will unleash their signature comedic chops on Tommy Wiseau's modern masterpiece, The Room, for a one-night-only live cinema event.

Armed with a fine-tuned chokehold and penchant for piano sonatas, a wearied accountant breaks his mild-mannered routine when he kidnaps a young woman. What starts as a carefully calculated plan soon crescendos into his worst nightmare. A delightfully twisted black comedy, Scherzo Diabolico is the latest opus from director Adrián García Bogliano. In Spanish with subtitles.

For catering staffers Paul and Julia, Mrs. Perch’s fancy garden party at her remote country villa is nothing out of the ordinary. A mishap with toxic plant fertilizer leads to the most unwelcome of dinner guests: giant killer wasps. Director Benni Diez takes audiences on a thrilling, gory rollercoaster ride from campy to creepy, in this delightful and dreadful creature-feature.