The 80s Strike Back At The Tribeca Film Festival: Broderick, Schwarzenegger, & Rourke

New films from 3 of the biggest stars from the 1980’s will be celebrated at this year’s Festival. 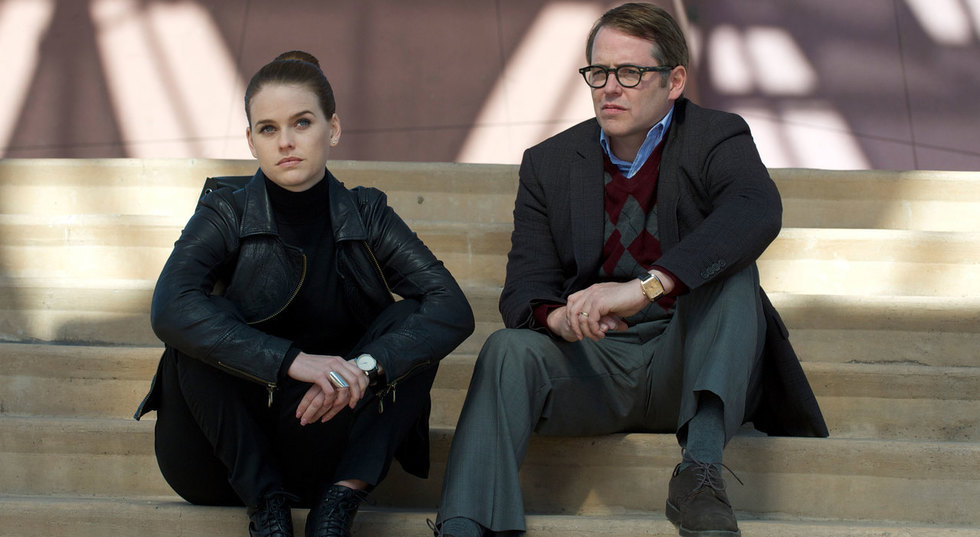 Everything was bigger and louder in the 80s—the hair, the music, the shoulder pads, but especially the movies. From bombastic action movies to gritty neo-noirs to schlock horror to comedies to teen dramas, movies in the 1980’s encompassed every nuance of every genre. This colorful and extreme decade of filmmaking featured a cavalcade of talented stars with charisma to spare.

Three of the decade’s most iconic actors—for very different reasons—are Arnold Schwarznegger, Mickey Rourke and Matthew Broderick. Beside their 80s stardom, what else do these three titans of the megaplexes have in common? Films at the 2015 Tribeca Film Festival! All three have evolved from their early on-screen incarnations as the brawn, the poet and the comedian respectively and have enjoyed diverse and interesting careers.

Join us as we take a trip down memory lane with these icons and a look at their current projects, all celebrating their world premieres at the 2015 Festival.

In the 80’s, Matthew Broderick was everyone’s favorite high school schemer with his masterfully glib performance as the title character in John Hughes’ Ferris Bueller’s Day Off. Broderick is a beloved figure here at Tribeca, with the TFI/Alfred P. Sloan Foundation screening of War Games back at TFF 2012 and at the TFF 2009 premiere of Wonderful World. Broderick is back in fine form in Neil LaBute’s Dirty Weekend as Les, a man who, as fate would have it, gets delayed in Albuquerque on a business trip to Dallas. Affable, old-fashioned, nervous, Les is a harboring a secret from his colleague Natalie (a superb Alice Eve), which he desperately wishes to keep concealed. In recent years, Broderick has preferred to make his home on Broadway instead of Hollywood. It’s not surprising that only a playwright as complex and rich as LaBute could lure him back to the indie screen.

Undeniably, Mickey Rourke was a star the size of a super nova in the 1980s. From his searing role as a kindly arsonist in Body Heat to his turn as the charismatic gambler in Diner to his portrayal of the fragile older brother in Rumble Fish to his tour de force performance as the former thief consumed with revenge in Johnny Handsome, Rourke was one of Hollywood’s most versatile stars. Though he has enjoyed a career resurgence in recent years with his Oscar-nominated performance in The Wrestler, Rourke has spent a good part of the last few decades trying to prove that he is ready, willing, and able to work. In the TFF 2015 selection Ashby, Rourke sinks his teeth into the role of Ashby Holt, a former CIA assassin who unwillingly becomes a mentor to his teenaged neighbor Ed (Nat Wolff). As usual, Rourke breathes life into the character, infusing the conflicted retired killer with dignity, humor and wise sadness as he fulfills one final mission.

Conan the Barbarian. The Terminator. Commando. Predator. The Running Man. We hardly need to introduce Arnold Schwarznegger’s totally awesome 80s filmography. Schwarznegger remained a reliable action hero throughout the 90s, and he remained in the spotlight as the Governor of California from 2003-2011. After fulfilling his political ambitions, Schwarznegger returned to the silver screen. He’ll make his Festival debut in the dark drama Maggie as Wade, a father who refuses to leave the side of his daughter (played by Abigail Breslin) as she slowly succumbs to a zombie bite that she received during an outbreak in the Midwest. Schwarznegger loses himself in the role completely, convincingly portraying the sorrow and anger that every parent on the verge of losing a child must experience.