Idina Menzel Talks FROZEN, RENT, WICKED, and Finding Her Own Voice at Tribeca 2016

The Tony-winning star reflected on her illustrious Broadway and Hollywood career as part of Tribeca's Storytellers series. 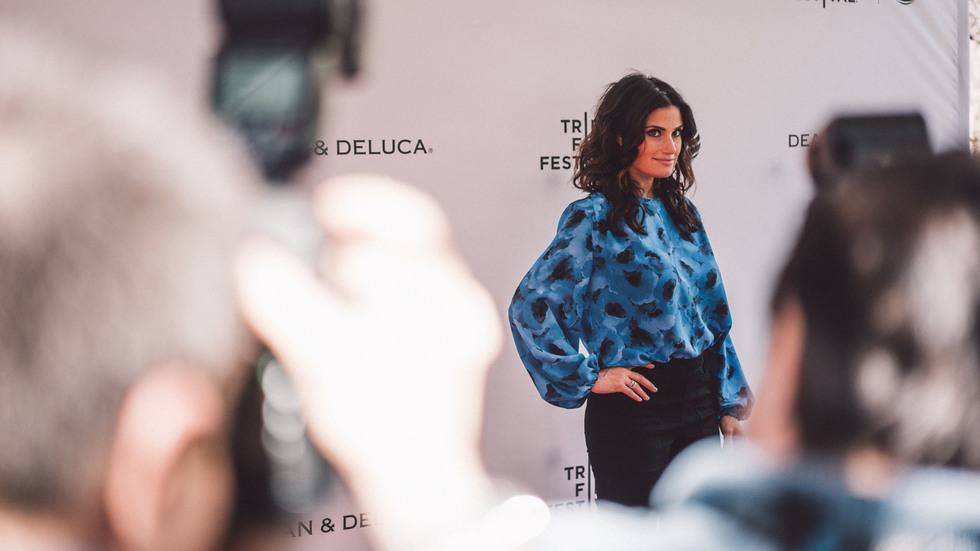 Even if you've never heard of Idina Menzel, you've very likely heard her powerful singing voice booming on the hit song "Let It Go," from the Disney musical Frozen. For Broadway fans, Menzel is an icon and one of the most celebrated presences on the singing stage, most notably for her starring roles in the massive hits Rent, Wicked, and her current gig, If/Then.

As a prolific and respected producer of film, theater, and musicals, Marc Platt was the ideal person to join Menzel on stage for yesterday's Tribeca Talks: Storytellers conversation. Before addressing the Broadway productions that have defined her long career, Platt asked about her childhood and first entries into the world of theater. Her grandfather, who died when she was 6 years old, was her first introduction into the world of the performing arts, while her parents often took her to plays and musicals. She happily remembered a surprise trip to Peter Pan in pajamas as well as seeing Annie and Dreamgirls. Barbara Streisand's A Star is Born was her first vinyl record, and jazz vocalists Billie Holliday and Etta James were among her heroes.

Menzel described the ebb and flow of her career, having first broken out as a star in the popular phenomenon Rent, only to fall back into "obscurity for eight years," until she was cast in another hit, Wicked. "I had to kiss a lot of ass for that," she said about the long process of winning the role. Platt even remembered the color of the outfit she wore to her audition: "green glitter."

She approaches performing with a high degree of discipline, in addition to investing trust in talented directors and regularly exercising her vocals with a voice trainer. Menzel compared herself to an athlete, calling her method "ritualistic" and referencing "muscle memory." "A lot of people can smoke a joint and go up” to perform, she laughed, but she takes months to prepare.

Menzel emphasized the necessity to strike a balance between adhering to strong models and finding your own unique voice. She said, "I would emulate the singers I love, and then do my own thing." When an audience member asked for advice, she said that it's misguided to want to copy a successful model because the most memorable stars explore what's singular about them.

"Finding something new" is key, even if versatility "is both a gift and a curse." Frozen, which crossed multiple worlds, including Disney, film, and pop music, “broke all the rules.” “All these empowerment songs,” she added, started to make her feel like a fraud, so she tried to add new emotional notes to her repertoire, including a rendition of Radiohead's "Creed." "I need to do a song about feeling like shit" or feeling "ugly," she recalled telling her friend. To combat the pressure often put on her to fit a given mold, Menzel allows herself to make mistakes or step out of her comfort zone in order to both maintain her love for singing and develop defenses against sudden changes in her voice, whether caused by having a cold, feeling depressed over a fight, or being on her menstrual cycle.

Menzel also discussed ABroaderWay, the camp for underprivileged girls she founded with her college best friend. The attendees, who mostly hail from Harlem and the Lower East Side, are given the opportunity to explore different avenues of expression, including poetry and music. The camp ends with a big performance, but Menzel hopes to develop new funds for continuing to finance opportunities for the camp’s attendees beyond the summer months.

For all of its uplift and insight, though, Menzel's discussion with Platt didn't avoid the Broadway star's biggest and funniest, if not also the strangest, claim to universal fame. Without fail, the subject of John Travolta famously misstating her name during the televised Academy Awards ceremony in 2013 was brought up, to which Menzel readily exclaimed, "Best thing that ever happened to me!" Travolta "fucking up her name" sent her into a short-lived panic, after which she quickly recovered, saying to herself, "Go! Meryl Streep is out there!" "It became a household name,” Platt said. "It was just the wrong name."