The STAR TREK icon's legacy is the subject of FOR THE LOVE OF SPOCK, a new documentary that premiered at this year's Tribeca Film Festival. 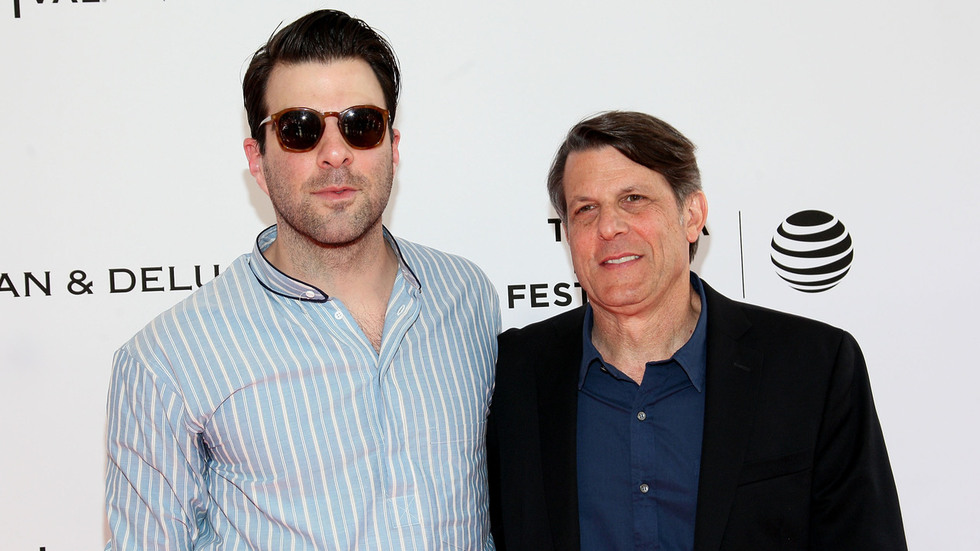 Directed by Adam Nimoy, For the Love of Spock is a wide-ranging love letter to the man the world came to know as Spock but whom he knew simply as “dad.” With fond detail and bittersweet emotion, the film conveys the extent to which the great Leonard Nimoy indelibly touched generations of past, present, and future fans. Among a long and storied career full of starring roles on both stage and screen, Nimoy will be best remembered for not only playing but defining the iconic role of Spock, the pointy-eared, half-human, half-Vulcan Star Trek character whom Nimoy played in 79 episodes, eight feature films, and numerous spin-off series.

On Monday, April 18, the younger Nimoy brought For the Love of Spock to the 2016 Tribeca Film Festival, where the in-depth documentary made its world premiere as part of the Festival's first-ever Tribeca Tune In program. Nimoy was then joined by the film’s producer/current Spock interpreter Zachary Quinto, producer David Zappone, Access Hollywood critic and lifelong Trekker Scott Mantz, and Variety's Gordon Cox, who played moderator for a panel that unraveled Nimoy's legacy both in space on Star Trek, which this year celebrates its 50th anniversary, and beyond.

The conversation also delved into a more critical discussion of mainstream culture’s growing acceptance (or is it self-serving exploitation?) of nerd culture, which included this piece of brutal wisdom from Quinto: "People realized that they could monetize it and that there was a fanbase that would pay money to go see movies. And then Hollywood studios could capitalize off of that and make millions and millions and millions of dollars."

WATCH THE TALK BELOW

At the heart of the event, however, was a remembrance of the beloved Leonard Nimoy, who passed away in February 2015 at the age of 83. Nimoy is a prominent and profound example of an actor's rare ability to transform a character from a mere weekly presence into a treasured and ineradicable part of our cultural existence. For the Love of Spock is a moving tribute to the stoic but soulful man at its center, but it's also an incredibly beautiful testament to a prosperous legacy that defies time and space and can never grow old.