Announcing the Winners of Our #6SECFILMS Vine Competition

Six weeks ago, we challenged the people of the internet to create and submit Vines for our #6SECFILMS Competition. Over 400 entries and one fantastic shortlist later, our illustrious jury has made their choices. See the winners in all four categories, with juror notes, below! 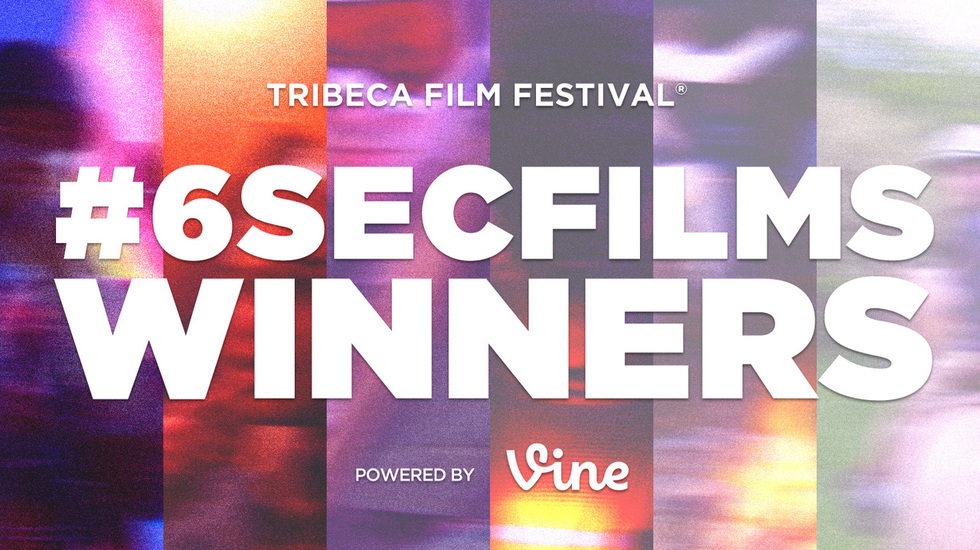 We're ready to announce the winners of Tribeca's #6SECFILMS Vine Competition! After TFF's Programmer Genna Terranova created the shortlist, our illustrious jury members pored over it and came up with their choices. The winners will receive $600 each (a Benjamin for each second), and the honor of knowing their Vines were the best.

Thank you to everyone who entered - and stay tuned next week for notable honorable mentions!

Without further ado, here are the Vines that director Penny Marshall, actor/Viner Adam Goldberg, and short-short-short film experts/creators the 5 Second Films team chose as their favorites, complete with their effusive praise. Congratulations, winners!

Category: Genre
This is the category for all the sci-fi Vines, western Vines, LOLcat Vines, and comedy Vines.

Adam Goldberg: "Extremely inventive if not disturbing use of the form. By far one of the best Vines I've seen."

Penny Marshall: "The use of lighting is amazingly set for this 6 second vine."

5 Second Films: "Amazing execution within the Vine parameters, and succeeded at capturing the horror 'genre.'"

Category: Auteur
These Vines told a story or script that was truly unique. A tiny, concentrated expression of the filmmaker's vision.

Winner: @KevyPizza, There Is No Sunny-Side to This Story

Penny Marshall: "I will never look at eggs the same - creatively comical."

5 Second Films: "Bottom line: it made us laugh. A lot. Sound effects were faces."

Category: Animate
This category was for filmmakers that saw Vine as the perfect medium for some creative animation and don't want to deal with the live-action riffraff.

Winner: @Jethro Ames: "How to Clear Your Garage From a Scary Ghost"

Penny Marshall: "Love the concept and the audio was added perfectly."

5 Second Films: "We were really blown away by the planning, trial and error that (we can only assume) went into this video."

Category: Series
For those who had a story too big for just one Vine, we let them make it a trilogy.

Penny Marshall: "The time it took to animate this beetle paid off!"

5 Second Films: "The best of every world: it told a story, great animation, solid cinematography, engrossing and entertaining."

And that's a wrap! Thank you to everyone who submitted, to Penny, Adam, and the 5 Second Films team, to Rus Yusupov from Vine for his excellent tips, and to our own TFF programmer Genna Terranova (who has probably seen more good Vines than any other human), and stay tuned next week for those honorable mentions!