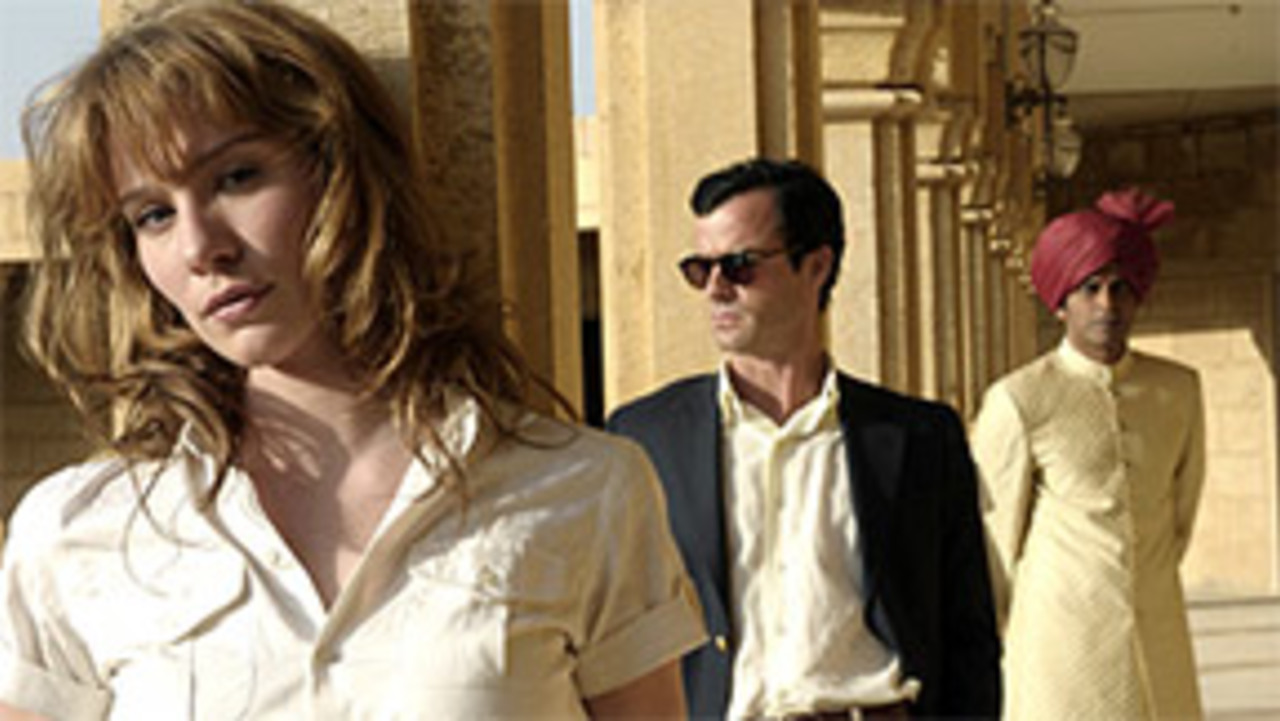 A hypnotic story of tragic love and intertwined destinies set in an ancient landscape, Return to Rajapur explores the hidden links between two American women and the handsome, introspective owner of a palace-cum-hotel in an Indian desert village. Here, brightly clothed gypsies dance beside striped tents, and high-living Americans-including a dry society dame played by Celia Weston-rub elbows with the Indian aristocracy. When sensitive young heiress Sara Reardon (Lynn Collins) and her decadent, alcoholic husband Jeremy (Justin Theroux) arrive to honeymoon at the palace in 1983, their new marriage immediately begins to unravel. Meanwhile, Sara and the thoughtful Jai Singh (Manoj Bajpai) find themselves falling hard for each other. This tale of ill-fated love unfolds against the impossibly rich palette of India's Rajasthan region, where the deep indigo blues of night contrast with the woozy orange sands of day, mirroring Sara and Jai's painful balance between their overt and covert desires. The tensions of the love triangle ultimately culminate in an accident during a vicious sandstorm that claims one life and irreversibly alters the course of two others. Flash forward to the present: a 22-year old Samantha Hartley (Kelli Garner) unexpectedly arrives at the palace to investigate the events that lead to Sara's death. As Samantha begins to remove the layers of a past that Jai would prefer to forget, the two must finally face the ghosts that haunt them both. Also starring Frank Langella.

Born and raised in Calcutta, India, Nanda Anand moved to New York City as a teenager. She attended Columbia University where she pursued a Masters in Psychology. An accomplished Indian classical dancer and freelance writer, Anand's passion for the arts led her to study film at New York University's School of Continuing Education. Return to Rajapur marks Nanda's feature debut as producer, screenwriter, and director. She currently resides in New York City with her husband.