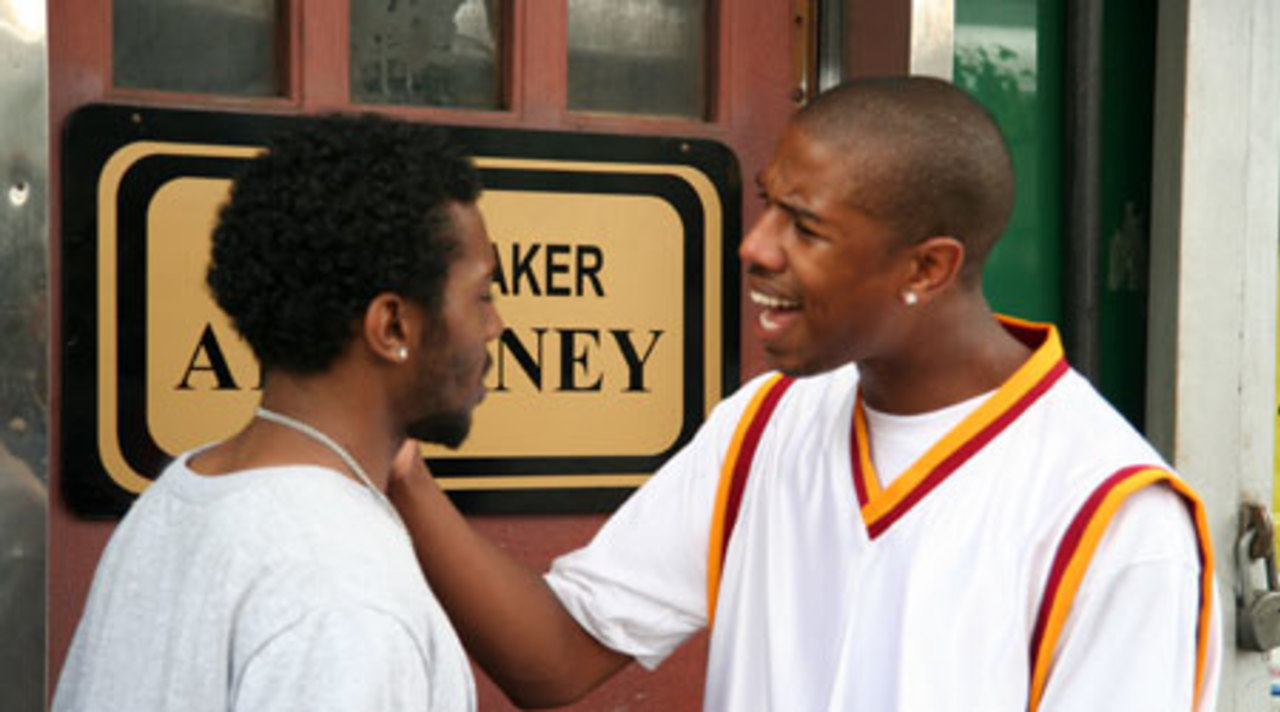 On August 14, 2003, the largest blackout in American history- known as the Northeast Blackout of 2003-was widely report- ed as peaceful. But in Brooklyn's forgotten East Flatbush neighborhood, mayhem unfolded when the power shut down. This is the untold story of the blackout, based on true incidents. The action focuses on a handful of neighbors: James (Sean Blakemore), the young professional who witnessed the September 11 terrorist attack and who is so traumatized he's hardly left his apartment in two years; his anguished girlfriend Claudine (Zoe Saldana), who doesn't know how to help James and is on the verge of giving up on him; three ladies who hang around outside an apartment building and gossip in front of the sign that says "No Hanging Out"; the barbershop crowd (led by Jeffrey Wright in a gem of a performance); George (Melvin Van Peebles), the black building super and the building's white owner (Saul Rubinek), who are thrown together by the emergency; the street prophet; and C.J. (Michael B. Jordan), the young man who represents not only what is most hopeful about all of us, but also what could be the fate of hope itself. Director Jerry Lamothe smartly weaves together this dynamic ensemble cast that plays out a forgotten story of a time when, as night fell in a corner of Brooklyn, looters emerged, violence surfaced and residents feared for their lives.

Brooklyn native JERRY LAMOTHE wrote, produced and starred in his critically acclaimed directorial debut, Amour Infinity. This award-winning film was the talk of the 2000 Urban World Film Festival and went on to win Black Cinema Cafe, the Jamerican Film Festival, and the Hollywood Black Film Festival, where it received the 2001 Audience Choice Award. The film has since achieved cult indie status on DVD. After funding for a dream project fell through at the last minute, Lamothe was looking for inspiration. The infamous blackout of 2003 resulted in Blackout, the story of how a Brooklyn community was affected by the emergency and the series of events that unfolded over a 24-hour period. Lamothe and his company have inked a joint deal with Queen Latifah and Shakim Compere (Flave Unit Entertainment) to produce the family comedy Kidnapped, co-written by Lamothe and slated to go into production this year by Lionsgate Films.