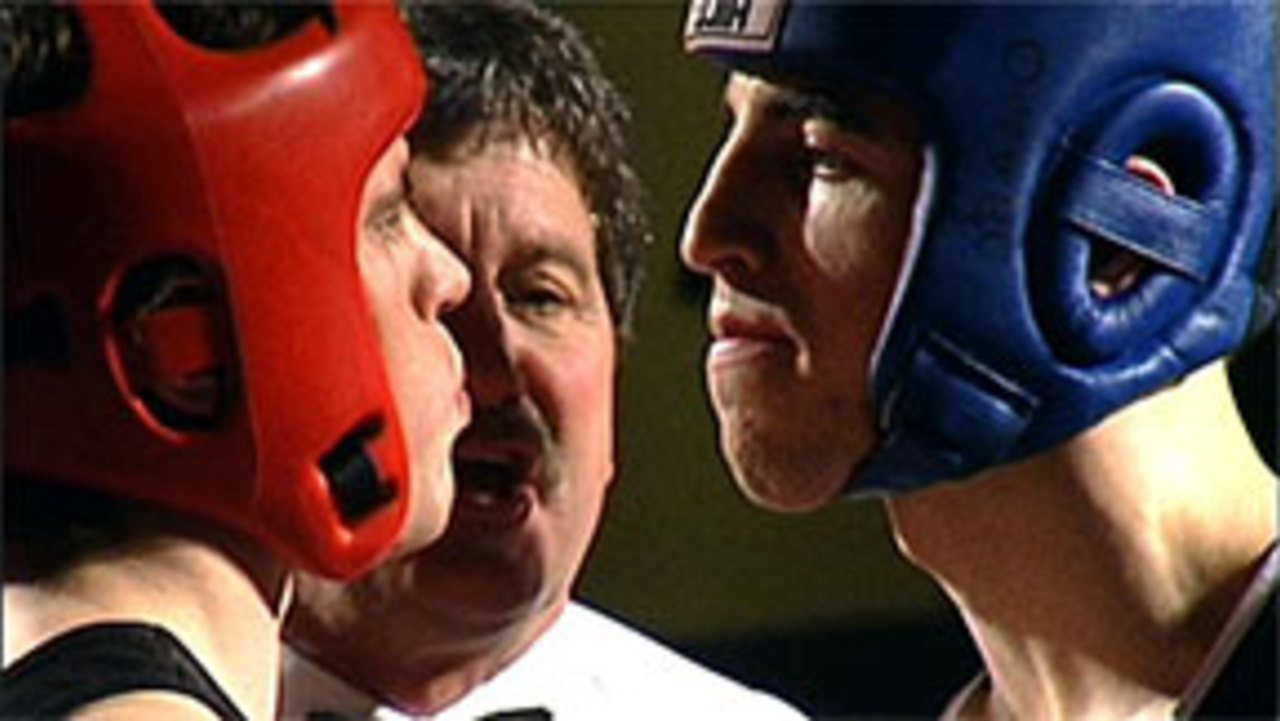 The boxing film is hit with a fierce uppercut in this clever documentary about the training regimen and sparring contests of Oxford University students who step out of the ivory tower and into the boxing ring. According to Blue Blood's opening credits: "Oxford and Cambridge have a centuries-old rivalry, but once a year they settle matters with their fists." Not exactly born into the sport, the polite and suitably fine-boned men of the Oxford Boxing Club come from backgrounds in astrophysics, mathematics, philosophy, and debating. But they all share the desire to periodically leave their chosen fields behind, train as hard as they can, step into the ring, and beat the crap out of those cream-suited Cambridge boys. However, there's not a true pugilist among them when they first begin training (nor, it must be said, when they finish it), as each is either too scrawny, too slow, or too stoned. Nevertheless, their unsuitability for the sport is what makes Blue Blood so absorbing and so genre-tweaking. Most sports documentaries follow individuals who excel in their particular sport, but the men of Blue Blood will never possess an Olympian's technique or a professional's body. All they have are their hearts and their desire to win. "It doesn't matter what the audience is yelling," counsels Des, their broken-nosed coach, to one of his charges. "You're the one in this ring; you're the one doing it." In underlining the freedom to not care about failing, or about what other people think, Blue Blood paints a winning portrait of the spirit of the underdog.

Stevan Riley took a roundabout route to filmmaking. While at Oxford University, he worked at an investment bank, an accountancy firm, and an advertising agency before jumping off the gravy train and stepping out in film. With no money to attend film school, he took out a loan to buy a PD-150 camera, and then set off to work. On a promising lead he headed to Bosnia with friends to uncover the story of musical youth trapped in war-torn Sarajevo. This documentary, Rave Against the Machine, later sold to UK's Channel 4 and has won prizes at five international festivals. His work is characterized by its freewheeling and irreverent style underpinned by a marked sense of inquiry and empathy.