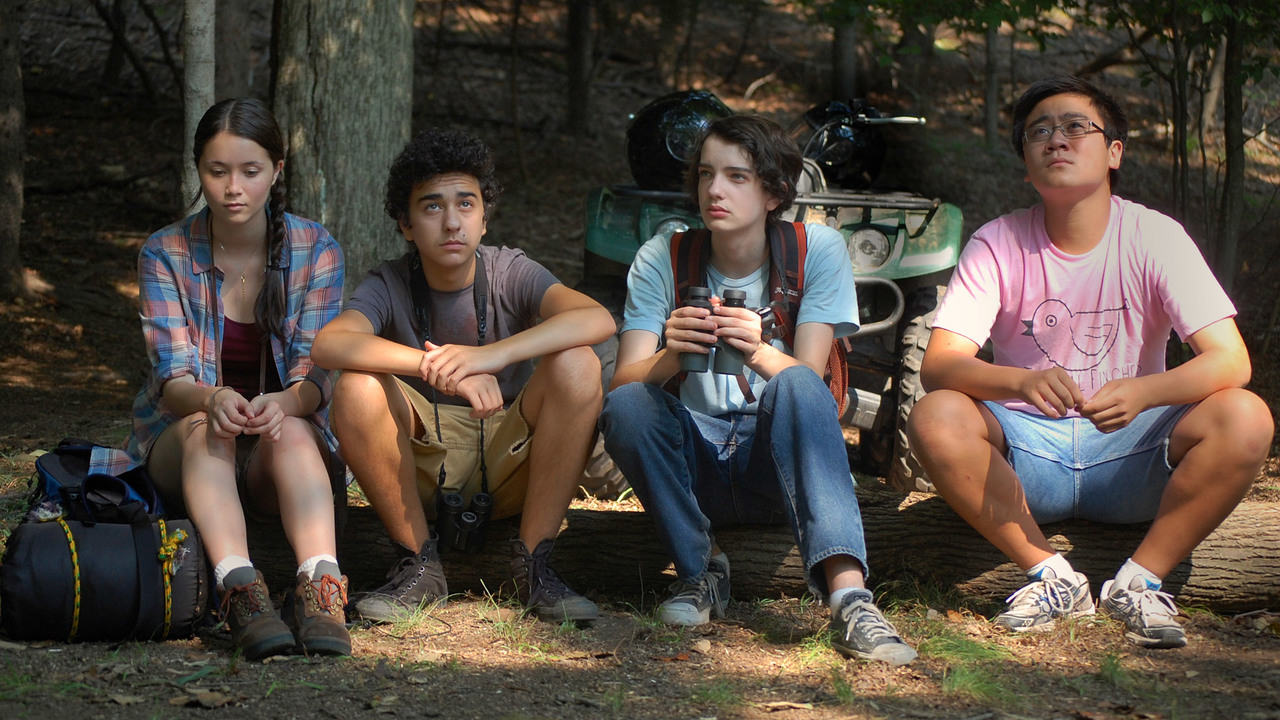 A BIRDER'S GUIDE TO EVERYTHING

Drama, Comedy, Romantic Comedy, Relationships
Sideways meets Stand by Me in this endearing story of friendship, family and a place in bird watching’s history books. On the eve of his widower father’s second wedding, fifteen-year-old David Portnoy spots what may just be the extinct Labrador duck. Now he and the two other stalwart members of the local Young Birders Society, joined by their headstrong photographer classmate Ellen, take off on a rollicking, interstate road trip in search of a rare bird and elusive answers to teenage questions large and small.

With marvelous supporting performances by Ben Kingsley and James LeGros, A Birder’s Guide to Everything is an alternately poignant and funny window into the thoughtful world of birding and the inner peace that can be discovered during a walk in the woods. Rob Meyer delivers a sparkling feature film debut with a coming-of-age tale to warm the hearts of anyone who grew up with a nerdy passion. It becomes a tenderhearted look at the moments and relationships that change even the most intensely focused lives.