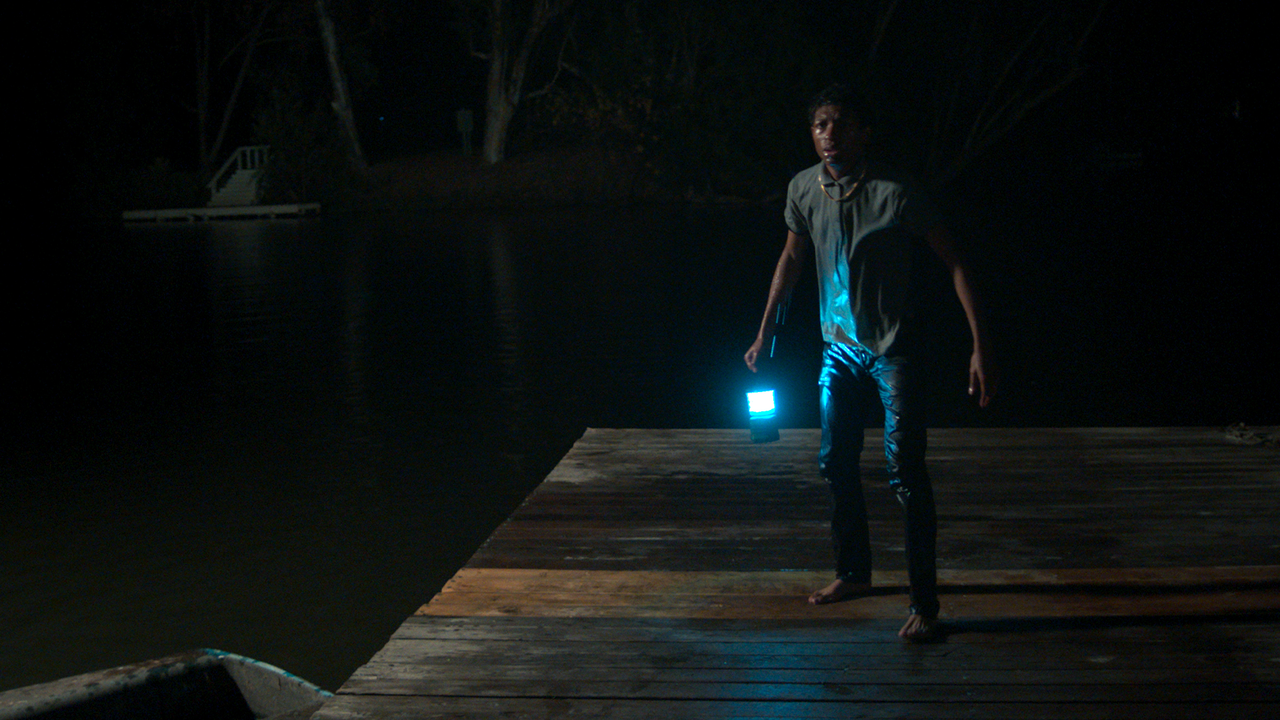 When high school student Jaylen Brown finds himself under suspicion after his classmate’s mysterious disappearance, prejudice quickly begins to bubble up to the surface of his small town. Working quickly to clear his own name, he begins to unravel a massive web of secrets that all point to otherworldly forces at play. In his debut feature, director Delmar Washington takes the sci-fi trappings of a B-movie and slyly intertwines them with themes of racial injustice and social realism to create a tense U.F.O abduction thriller for 21st century America. No Running draws on a quiet energy that serves to deepen the mystery as the film introduces the characters in Jay’s orbit, from his loving mom (Rutina Wesley) and disapproving “aunt” (Taryn Manning) to a conflicted town sheriff (Shane West) and the local outcast with firsthand knowledge of abductions. First-time screenwriter Tucker Morgan channels the paranoia of being a Black man in America into a tale of desperation and wonder, finding a clear collaborator in Washington’s subversive eye. —Loren Hammonds

Delmar Washington was born and raised in inner-city Philadelphia. After moving to Los Angeles, Delmar pursued filmmaking in order to talk about the Black experience in America through storytelling. No Running is his first feature film.