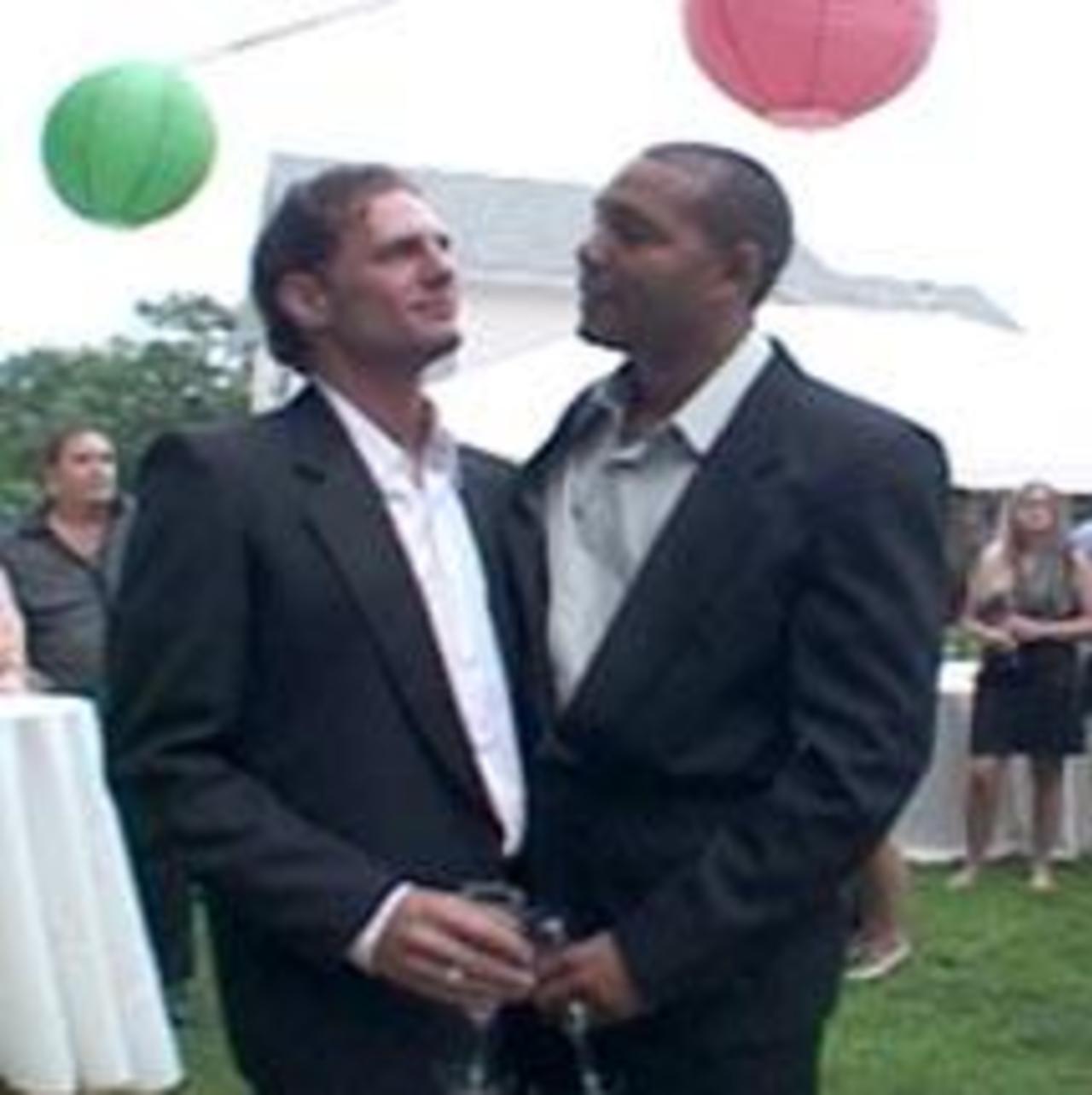 In 2004, Massachusetts became the first state in America to offer same-gender couples the opportunity to marry-not civil unions, but good old-fashioned cake-and-rented tuxedo- weddings. Same Sex America follows the vicious political battles that marked the fight over the definition of marriage. From the steps of the legislature to suburban backyards, advocates of traditional marriage are heard explaining their deeply held, mostly religious, objections. On the flip side, gay men, lesbians, and their friends are given (perhaps a little more) time to tell their stories, mostly moving tales of longing for societal acceptance and public romantic declarations. The State Supreme Court has already mandated a day when city clerks across Massachusetts have to begin handing out marriage licenses to couples regardless of gender. As this day approaches, a diverse group of gay and lesbian couples plan their weddings. The camera follows as they share the ups and downs of fighting against a split legislature. Most of the couples have children of their own and much time is spent explaining to the youngsters exactly what all the fuss is about. For their part, the kids are remarkably easygoing about the media and political storm brewing around the issue. As gay marriage continues to roil through politics nationwide, Same Sex America offers cogent arguments on both sides, but ultimately comes down on the side of the couples-to-be. The problem? Each and every marriage may become null and void next year when the legislature holds a follow-up vote. This possibility gives the film a sense of poignancy.

Henry Corra's documentary films Umbrellas (1994) and George (2000) have been featured in numerous festivals around the world including the Berlin International Film Festival and Montreal International Film Festival. His other films have been shown at The Museum of Modern Art, New York, The National Gallery of Art, Washington, D.C., and The Louvre Museum. His work has been aired on the European television network ARTE and in the U.S. on HBO. Corra has worked for veteran cinema verité filmmakers David and Albert Maysles at Maysles Films, Inc., where he directed a number of documentaries including Public Ed (1986) for CBS, segments of Swimsuit (1989) for HBO, Change of Heart (1992) for PBS's Nova and Umbrellas (1994). His portrait of media artist Grahame Weinbren, Frames, was screened at the Tribeca Film Festival in 2004.