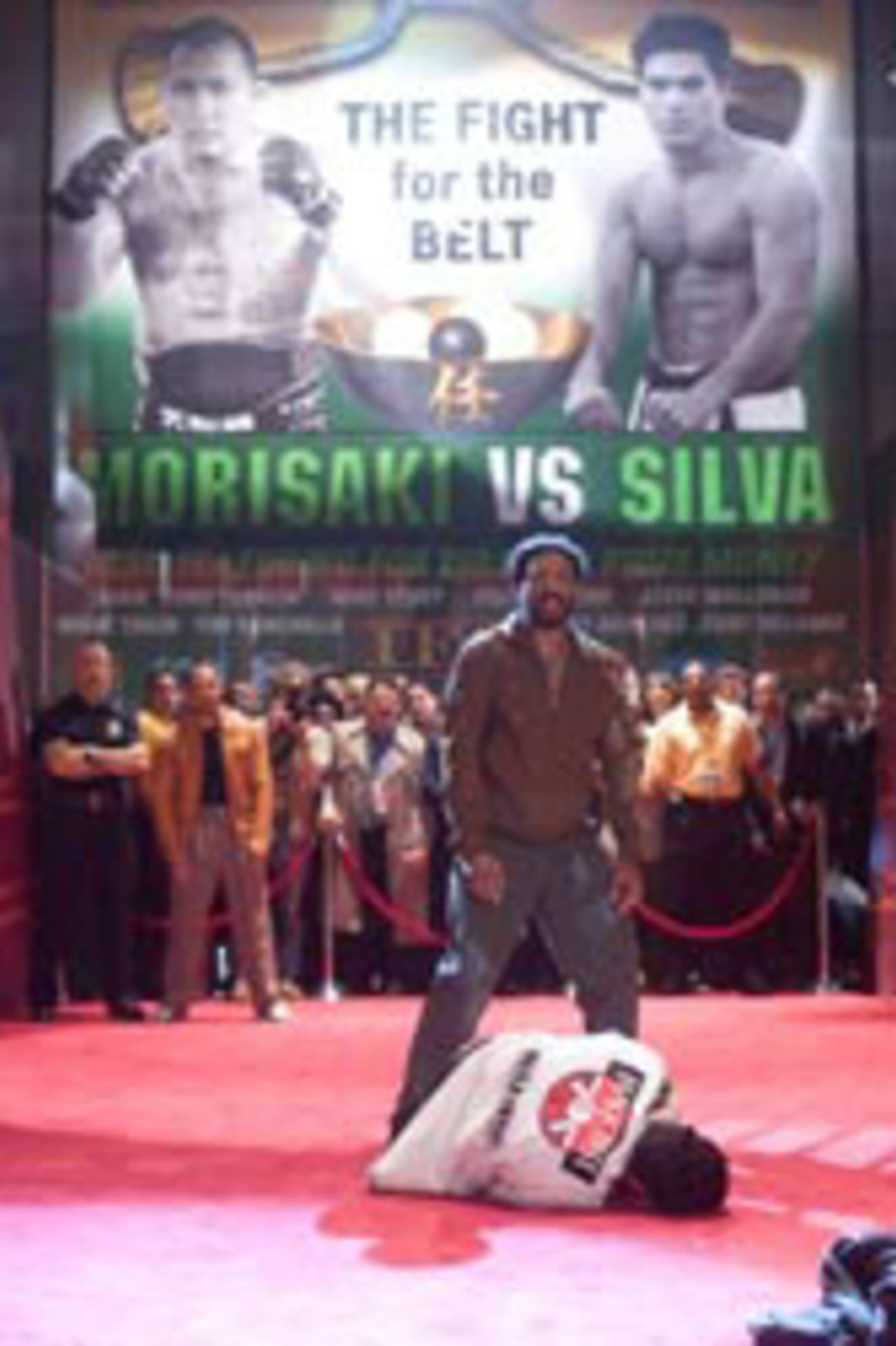 Set in the west side of Los Angeles fight world, a world inhabited by bouncers, cage-fighters, cops, and special forces types, Redbelt is the story of Mike Terry (Chiwetel Ejiofor), a Jiu-Jitsu teacher who has avoided the prizefighting circuit, choosing instead to pursue an honorable life by operating a self-defense studio with a samurai's code. Terry and his wife Sondra (Alice Braga) struggle to keep the business running to make ends meet. An accident on a dark, rainy night at the Academy between an off-duty officer (Max Martini) and a distraught lawyer (Emily Mortimer) puts in motion a series of events that will change Terry's life dramatically, introducing him to a world of promoters (Ricky Jay, Joe Mantegna) and movie star Chet Frank (Tim Allen). Faced with this, in order to pay off his debts and regain his honor, Terry must step into the ring for the first time in his life.

David Mamet is the author of the plays Romance, Boston Marriage, Oleanna, Glengarry Glen Ross (1984 Pulitzer Prize and New York Drama Critics Circle Award), American Buffalo, The Old Neighborhood, A Life in the Theatre, Speed-the-Plow, Sexual Perversity in Chicago, Reunion, and The Cryptogram (1995 Obie Award). His translations and adaptations include Red River by Pierre Laville and The Cherry Orchard, Three Sisters, and Uncle Vanya by Anton Chekhov. His films include The Postman Always Rings Twice, The Verdict, The Untouchables, House of Games (writer/director), Oleanna (writer/director), Homicide (writer/director), The Spanish Prisoner (writer/director), Hoffa, The Edge, Wag the Dog, The Winslow Boy (writer/director), Hannibal, State and Main (writer/director), and Heist (writer/director). Mr. Mamet is also the author of Warm and Cold, a book for children with drawings by Donald Sultan; two other children's books, Passover and The Duck and the Goat; Writing in Restaurants; Some Freaks; Make Believe Town; three volumes of essays; The Hero Pony and The Chinaman, books of poems; Three Children's Plays; On Directing Film; The Cabin; and Wilson. His most recent books include the acting books True and False, Three Uses of the Knife, and Bambi vs. Godzilla: On the Nature Purpose and Practice of the Movie Business.