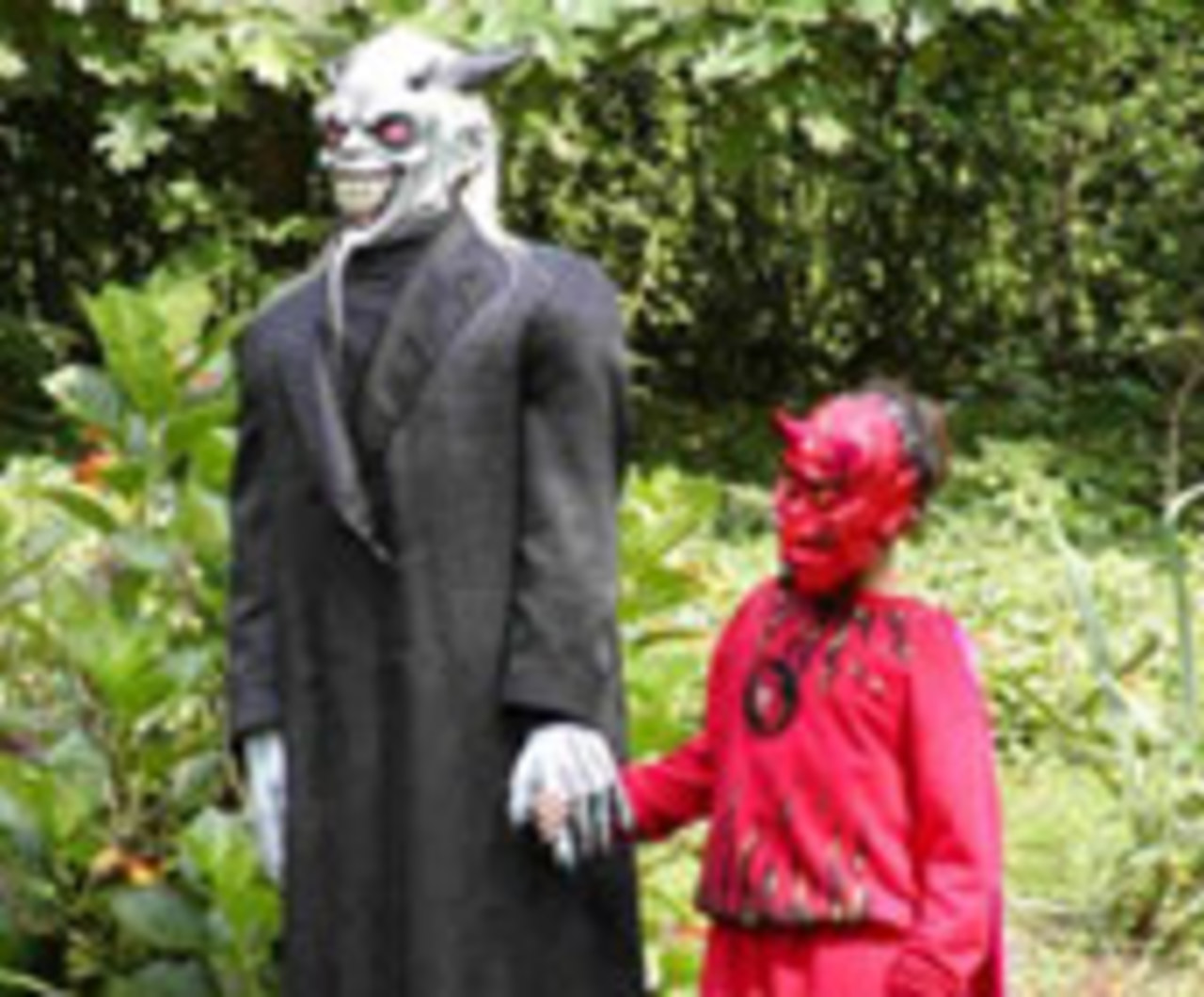 Halloween -- the one day of the year when creepy scares and fun are interchangeable. Jeff Lieberman's horror-comedy Satan's Little Helper gleefully takes off from this premise. Douglas, a cute-as-a-button third grader dressed up for Halloween in a devil's costume, plays a rather mature video game called Satan's Little Helper as he drives with mom to pick up his older sister from the ferry station. Douglas has a crush on his sister, but his misguided and, quite frankly, illegal dreams of happily ever after are smashed when she shows up with a boyfriend! Douglas runs off, and comes upon a man in a devil costume creating a lavish, grisly Halloween display in a yard. Douglas can't believe his luck -- Satan! Just like the video game! He asks to be Satan's "helper," unaware that the man is a murderer and the body he's using in his display is a corpse! The man accepts Douglas' offer, and the pair embark on a night of killing and mayhem. Mistaken identities lead to a showdown at a high society party, featuring some poison-spiked punch. It is up to Douglas' sister to save herself, her family, her new boyfriend, and the town. Cult director Lieberman includes pop culture critiques while playing with the genre formula to deliver a fantastical mix of laughs, edgy thrills, and a good share of gore.

After cutting his teeth on TV commercials in the late 1970's, Jeff Lieberman made a name for himself in the horror genre, as writer/director of the now cult classic Squirm (1976). Another cult favorite followed -- Blue Sunshine (1976), which Film Comment recently chose as DVD pick of the month for its social commentary of the period. In the 1980s, Lieberman directed Just Before Dawn (1981) and both wrote and directed the sci-fi thriller Remote Control (1987), starring Kevin Dillon and Jennifer Tilly. He went on to produce and direct such award-winning documentaries as Showtime's But Seriously… (1994) and the Emmy-winning Sonny Liston: The Mysterious Life and Death of a Champion (1995) for HBO. Over the course of his career, Lieberman has also been hired to write or rewrite feature screenplays, including Neverending Story III (1994), starring Jason James Richter of Free Willy fame.