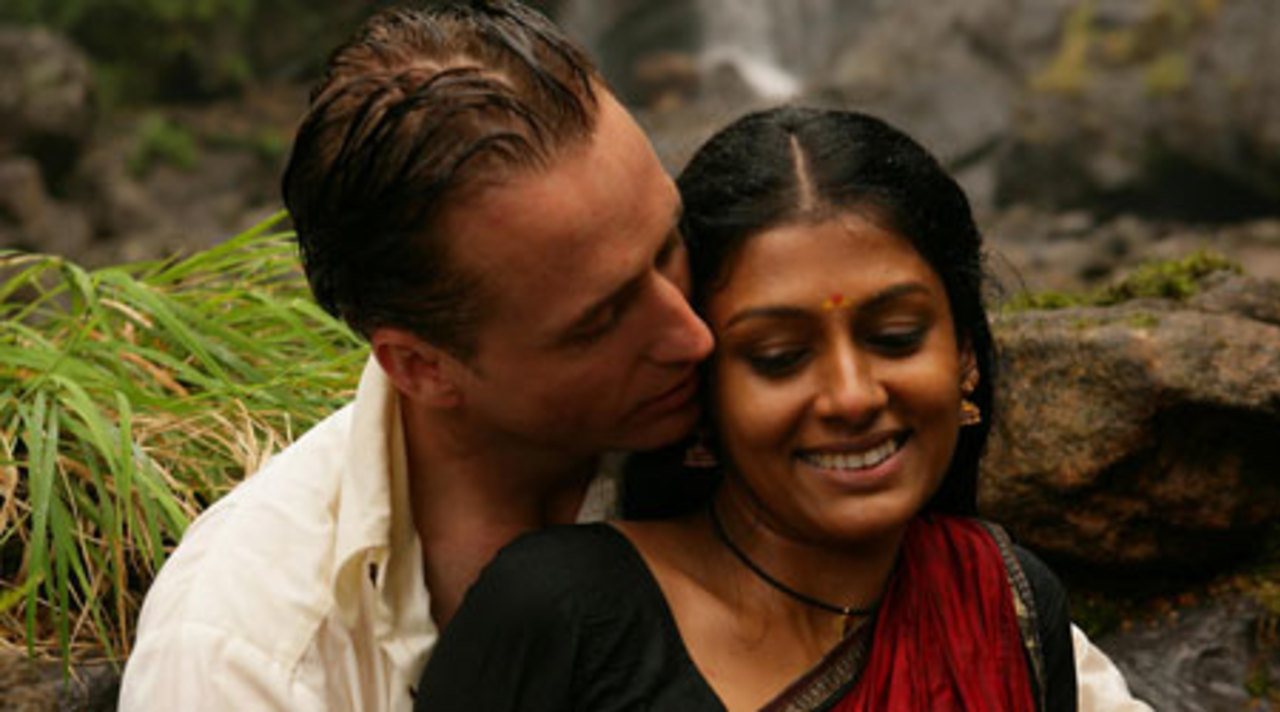 There's more than one storm approaching Kerala as that South Indian state is evoked in Santosh Sivan's Before the Rains. Set in 1937, in the long twilight of the Raj, the film's title refers most directly to the region's torrential monsoons. They are a yearly cataclysm against which spice baron Henry Moores (Linus Roache) must race to finish the road to his cardamom and clove plantation on the other side of the jungle. With his faithful aide T.K. (Rahul Bose) spearheading the project, Moores' road is indeed coming along nicely, but soon the friendship between the good sahib and his "man" will be sorely tested. Moores has developed a taste for a certain local spice, a beauty named Sajani (Nandita Das), Indian nationalism is taking hold all over, and the gun in the first act will go off by the third. This is British colonialism's last dry season. Adapting an episode in Israeli director Dan Verete's film Yellow Asphalt,Sivan and screenwriter Cathy Rabin move this story of lust, empire, and betrayal into E.M. Forster territory without breaking stride. Anyone who remembers the arid and utterly pukka Raj of A Passage to India will be brought up short by the lush country rendered by Sivan, however. A noted cinematographer as well as a director, Sivan shot Before the Rains himself, and his sensual visual style makes Moores' temptation to go native almost physically real. But the film's allegiance is ultimately with T.K., a good man caught between two cultures. Treated by Moores more like a partner than a servant, T.K. is a true believer in the imperial project. But loyalty to Moores shades into complicity once Sajani's husband learns she's been unfaithful and casts her out of his house. And then, the deluge.

Santosh Sivan graduated from the Film and Television Institute of India. He won the National Award for best cinematographer five times after shooting 45 features and 41 documentaries. He won his first National Award as a director in 1988 for the film The Story of Tiblu. His 1995 film Halo won numerous awards, and The Terrorist won the best director, actress, and film awards at the Cairo International Film Festival. His next film, Malli also won numerous national awards. Subsequent films include Asoka, Navarasa, and Anandabhadram. Recently, Sivan has worked as cinematographer on Bride & Prejudice and Paul Mayeda Berges' The Mistress of Spices.