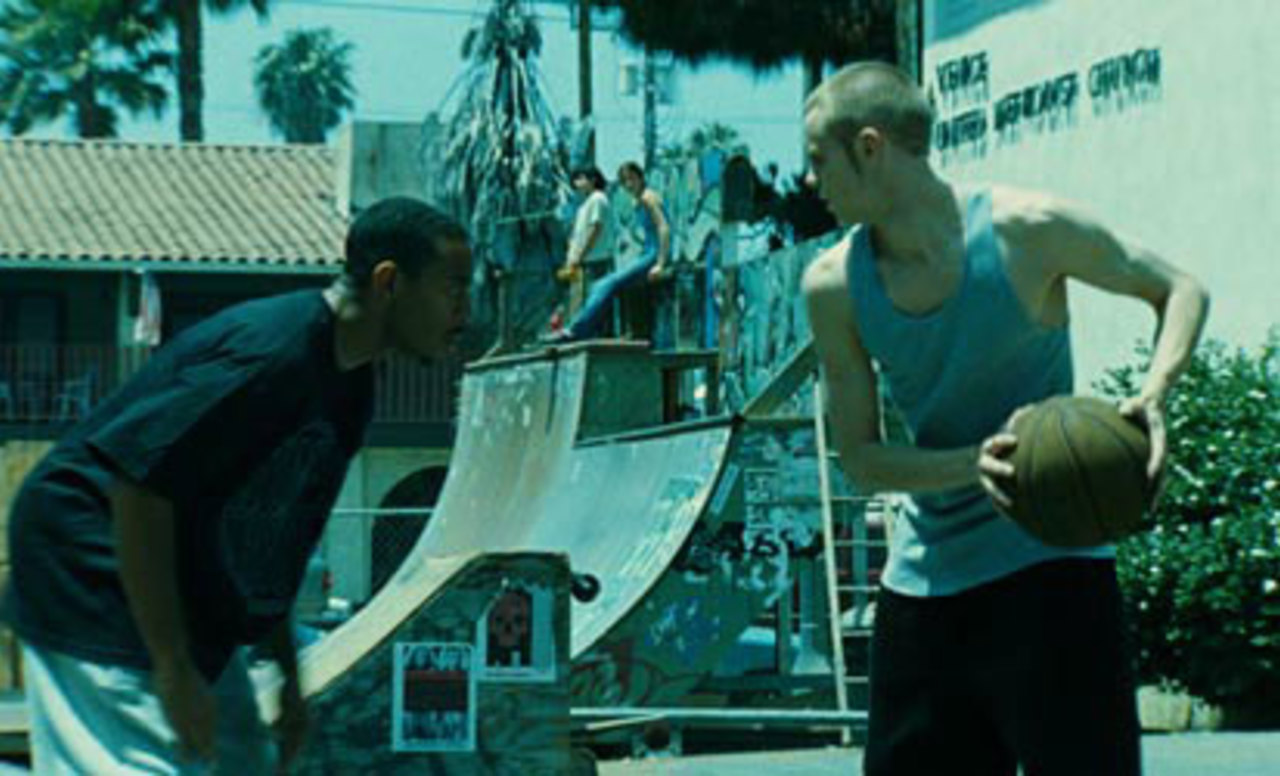 Brin Hill returns to the Tribeca Film Festival (his short Morning Breath screened at the first Festival in 2002) with his first feature film, an urban coming-of-age tale about a young streetballer who struggles with his past as he faces an uncertain future. Lead by bright newcomers Kim Hidalgo and real-life basketball player Grayson Boucher, the film sports an impressive all-star ensemble cast, including Chris "Ludacris" Bridges, Rosanna Arquette, Emilie de Ravin, Harold Perrineau, and Nick Cannon. The film follows Sticky (Boucher), a skinny high school junior who has enormous basketball talent but also the burden of emotional scarring from an early tragedy, a callous foster care system, and obsessive-compulsive disorder that vanishes only when he's on the court. The story plays out over course of one day, as Sticky plays ball at Lincoln Rec, the legendary Venice Beach court where he is the only white guy. It's a volatile place filled with shattered dreams and where fisticuffs are the norm. That night, Sticky plans to meet up with his girlfriend, Anh-thu (Hidalgo), for her birthday. With little money in his pocket, he stresses out over buying her a present that will impress and makes a choice that could have a lasting impact on the rest of their lives. Based on the popular novel of the same name by Matt de la Peña (who cowrote the screenplay with Hill), Ball Don't Lie is a unique, authentic basketball film. Hill brilliantly weaves the narrative through a series of flashbacks that reveal the many layers of Sticky's troubled childhood. In the end, it's is his love of basketball, his amazing hoops skills, and his unlikely mentors that help him overcome his lifelong sense of isolation. With the ball in his hands, Sticky transcends his limitations.

Brin Hill is a short film veteran. His film Morning Breath: A Brooklyn Love Story screened at the inaugural Tribeca Film Festival and captured a Special Jury Prize at the Sundance Film Festival. Brin wrote and directed The Ecology of Love, a short film commissioned by Details and Visa that marked the acting debut of music icon Pharrell. Brin has helmed awardwinning projects for HBO, Sean P. Diddy Combs, Dimension, ESPN, Warner Brothers, and MTV among others. In 2008, Brin is slated to direct his script White Hot with Ludacris starring and Michael Roiff producing. Brin counts Spike Lee among his mentors and is a sharp-shooting two guard on the hoops court.