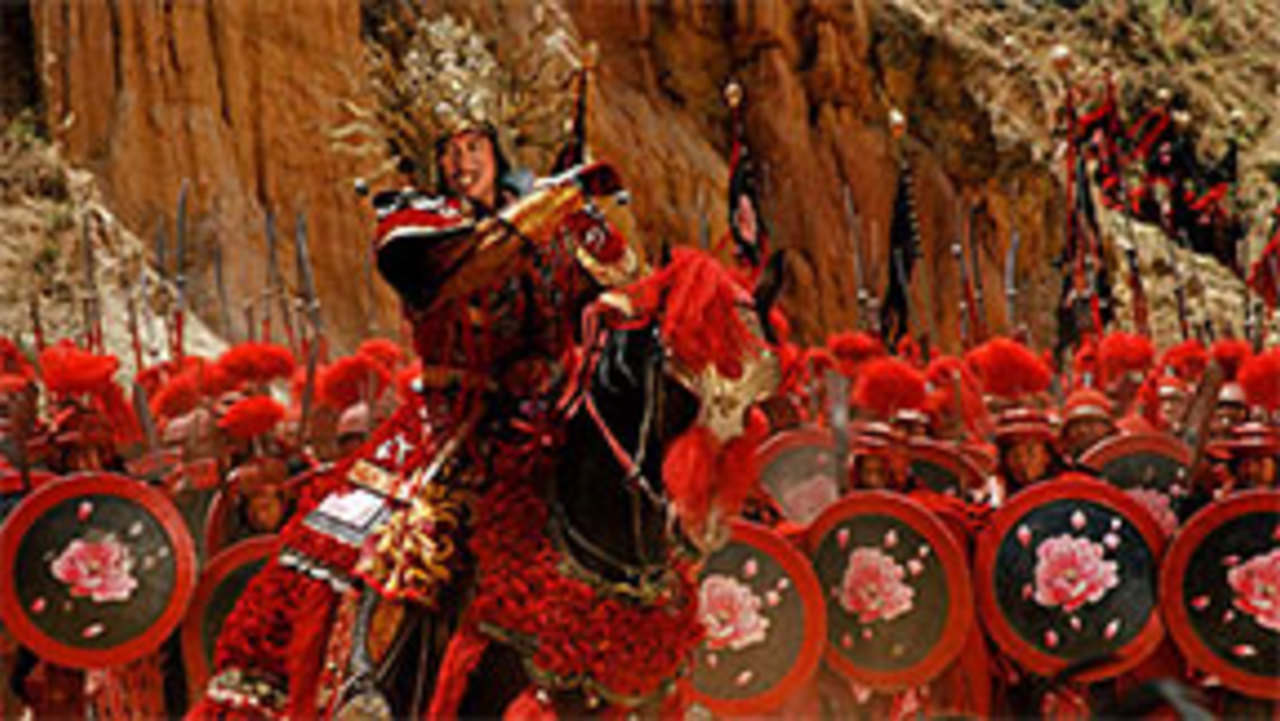 In an ancient kingdom, a little girl stalks her war-ravaged land, wrestles a bun out of a dead soldier's hand, and thwarts a pint-sized soldier who tries to take it away from her. Impressed, the Goddess Manshen (Chen Hong) appears and offers the girl a Faustian bargain: she will never go hungry again, if she agrees to lose every man she ever loves. Twenty years later, Princess Qingcheng (Cecilia Cheung) is the toast of the kingdom and loved by three men: General Guangming, Master of the Crimson Armor (Hiroyuki Sanada, star of The Twilight Samurai); his slave Kundun, a fleet-footed sprinter from the Land of the Snow (Jang Dong-Gun, star of Tae Guk Gi: The Brotherhood of War); and the evil conqueror Wuhuan (Chinese pop star Nicholas Tse), who has a fondness for bird cages and feathers. Wuhuan has his own slave from the Land of the Snow, the mysterious assassin Snow Wolf (Liu Ye), who wears the only cloak that can break Manshen's spell. In his first foray into high-flying martial arts fantasy, Chen Kaige (Farewell, My Concubine) employs a stellar multinational cast and the biggest budget in the history of Chinese film production. In addition to this, the film features cinematography by Peter Pau (Crouching Tiger, Hidden Dragon), stunts by Hong Kong action choreographer Dion Lam (The Matrix trilogy), delirious production design by Tim Yip (Crouching Tiger, Hidden Dragon), costumes by Yip and Kimiya Masago, and enough CG animation to command a herd of stampeding buffalo. Copresented with Asian CineVision.