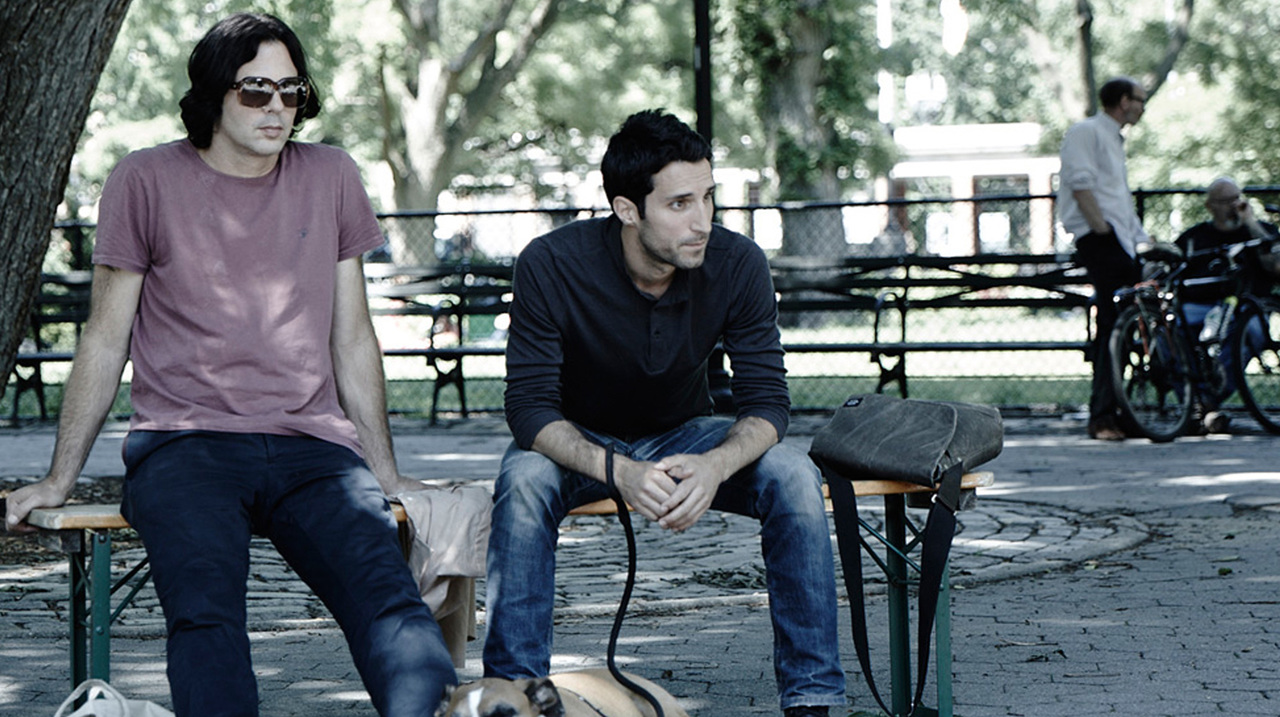 Drama, Comedy, New York, NY Director(s), Friendship
After a chance run-in with a film producer eager to invest in a new project, aspiring writers Dominic (Michael Godere) and Raphael (Ivan Martin) need to come up with a script fast, so the pair head to the seclusion of upstate New York to churn out their masterpiece. But when Dominic’s siren of a sister (Marisa Tomei) turns up desperate for reprieve from her boyfriend (Sam Rockwell), they soon realize they’re in for more than they bargained for as their creative retreat is increasingly waylaid by uninvited guests, romantic entanglements, and unexpected distractions. Isabelle McNally and a hilarious Brian Geraghty round out the ensemble cast of New York art world characters in this romantic comedy from director Adam Rapp.
-Cara Cusumano