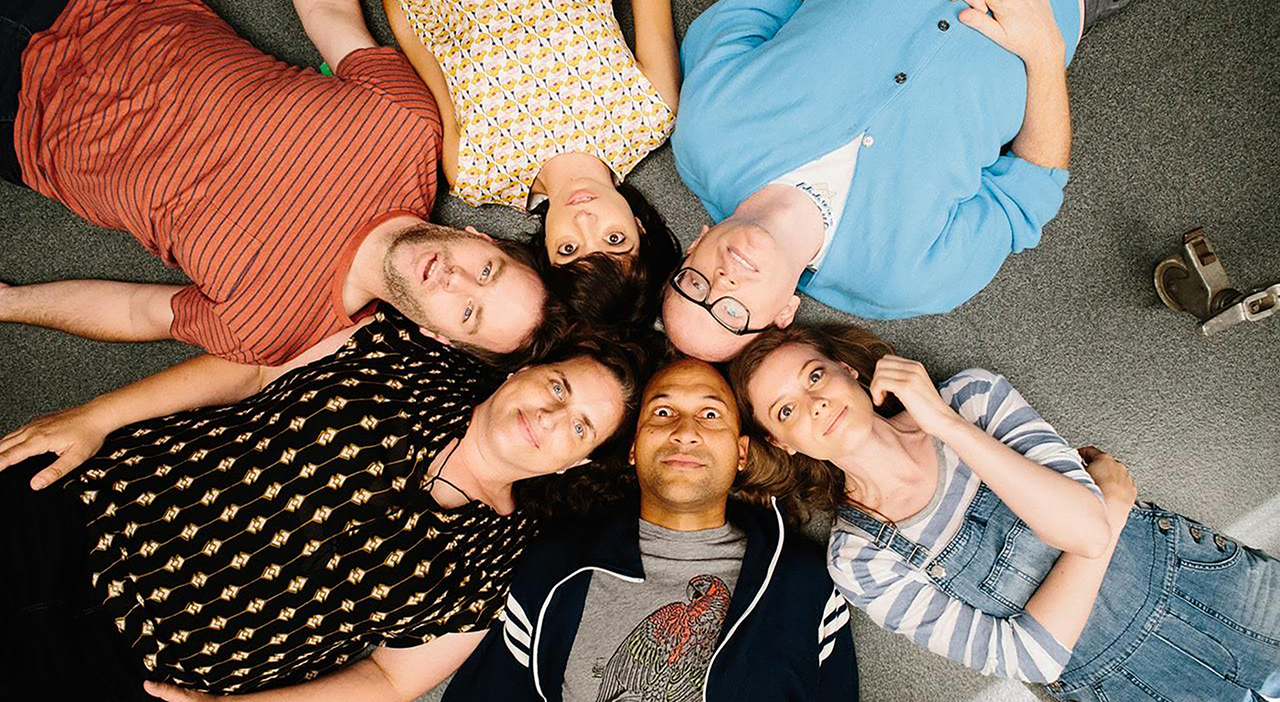 Drama, Comedy
Mike Birbiglia’s funny and authentic follow-up to his acclaimed debut Sleepwalk With Me is set in the world of New York improv comedy. Keegan-Michael Key, Gillian Jacobs, Kate Micucci, Tami Sagher, and Chris Gethard are best friends who are inseparable members of a well-regarded troupe, and Birbiglia is their teacher and leader—and the group’s founder. But after two of them audition for a coveted spot on a hit TV show and only one of them lands it, the tight-knit group of friends and collaborators is thrown into disarray. Birbiglia captures the unique milieu of NYC’s underground comedy scene of up-and-comers and scene-stealers, all pursuing that same goal of showbiz success. Perfectly intertwining drama and comedy, this is a story of the sometimes serious side of the comedy business—where friendships, romances, and partnerships are forged on the stage, but threatened by the divisive but alluring ambition for fame.