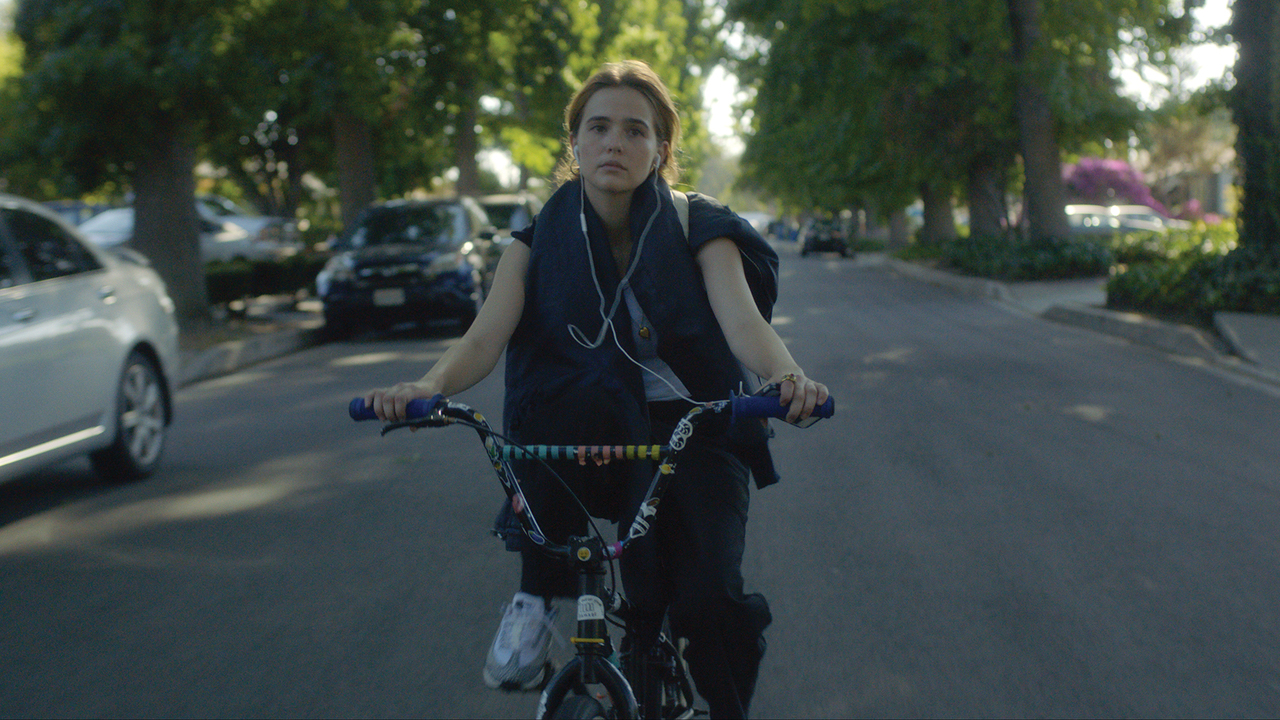 Drama, Comedy
Seventeen-year-old Erica Vandross (Zoey Deutch) isn’t like most teenage girls. When school’s out, for example, she and her two best friends seduce older men in order to extort money from them—you know, typical extracurricular activities. Much of Erica’s rebellious attitude stems from the abandonment of her biological father, who’s in jail and has left her similarly free-spirited mother (Kathryn Hahn) to raise Erica alone. Everything changes, however, when mom invites her new beau (Tim Heidecker) and his overweight and fresh-out-of-rehab son (Joey Morgan) to move in with them, giving Erica an unexpected connection to the “hot older guy” (Adam Scott) she and her friends obsess over at the local bowling alley.

Where Flower goes from there is part of director/co-writer Max Winkler’s film’s unpredictable energy and edgy charm. Executive Produced by Danny McBride, Jody Hill, and David Gordon Green, Flower blossoms from female-driven coming-of-age comedy into bold and uncompromising directions as its unpredictable narrative unfolds. Front and center throughout is an excellent and multidimensional turn from Zoey Deutch, who solidifies her emerging star status with a performance that’s hilarious, raw, brash, and sneakily tender.