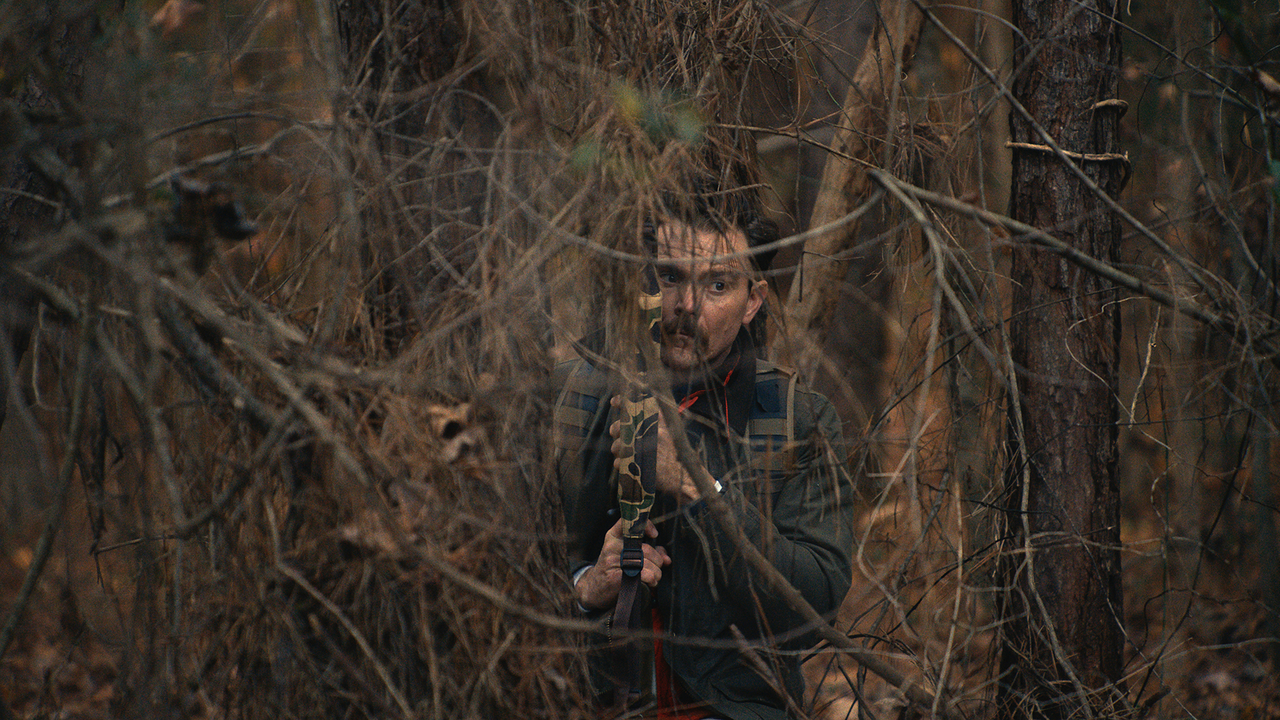 THE INTEGRITY OF JOSEPH CHAMBERS

Joe (Clayne Crawford) is a family man - a father of two young kids and husband to Tess (Jordana Brewster), living in the country. One morning he wakes up before dawn and decides to go deer hunting by himself - much to Tess’s discontent, who deems it an irresponsible idea, equating it to what eccentric survivalists do. “We need to know how to do this stuff,” Joe tells Tess, feeling a need to prove himself as a man, and rise above his persona as an insurance salesman. WIth that, Joe heads out, borrows a rifle from a neighbor, and drives up a mountain into the woods. The sun rises as Joe roams around the woods - distracted, bored, restless - but Joe’s boredom and restlessness are short-lived. . In the blink of an eye, Joe undergoes an experience that quickly begins to torment him, all alone in the wilderness…

Writer/director Robert Machoian (The Killing of Two Lovers) crafts a distinctively stripped-down and atmospheric drama, deftly employing an eerie tone that pays off effectively in measured increments. Machoian’s narrative, replete with sparse dialogue and lingering dread, compellingly explores the myriad of emotions that the protagonist experiences, all while making the audience an invested observer in this brooding morality tale. —Jose Rodriguez

Robert Machoian was born in King City, California. He has been taking photographs his whole life and making films for over a decade. His critically-acclaimed feature The Killing of Two Lovers premiered at Sundance 2020 and was released by NEON. It stars Clayne Crawford and features sound design by Peter Albrechtsen.