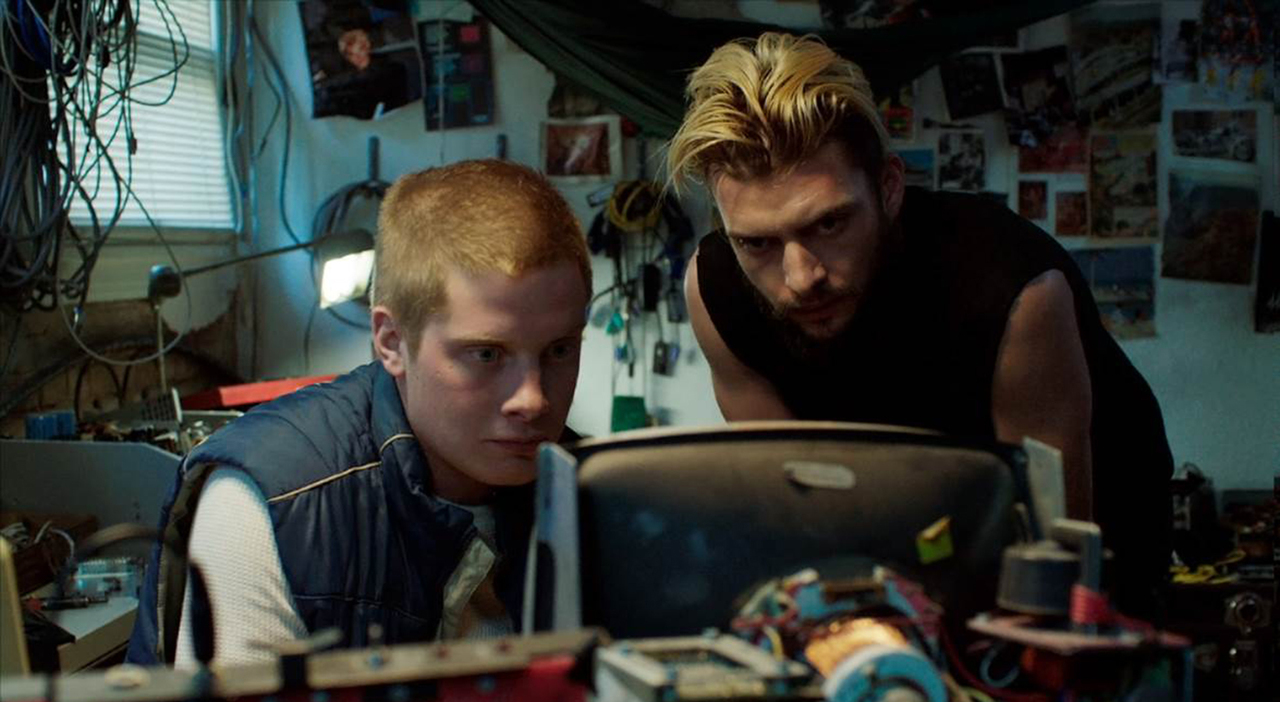 Thriller, Science Fiction, NY Director(s)
Following a worldwide event known as The Reset, humanity rebuilds a society with aging mechanics where gleaming technology once stood. Surveillance now the status quo, society is slowly putting its shattered pieces back together under a watchful eye. After a friend’s suicide leaves behind a mysterious computer drive, a young computer prodigy and a shadowy hacker join together to decipher the clues that he’s left behind. The youthful creators of Jackrabbit have successfully constructed a world, which we haven’t previously seen on film. Mixing retro production design with slick storytelling, they deliver a cinematic dissonance that will result in a shock to the senses. A jigsaw puzzle of a film that flaunts its lo-fi aesthetic proudly, Jackrabbit introduces a fresh new voice to the science fiction landscape. Carleton Ranney’s directorial debut cleverly tweaks its sci-fi premise to offer an ambitious glimpse into the future. —Loren Hammonds