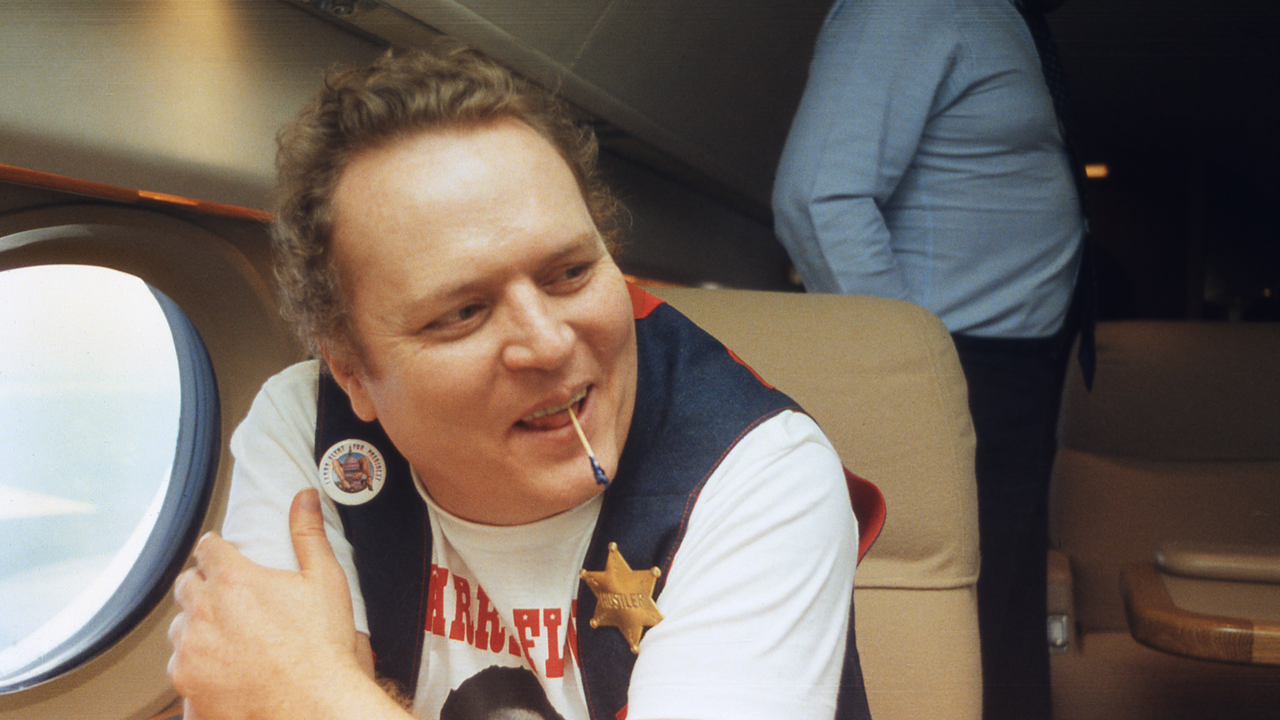 Raised in poverty in the hills of Kentucky with only an eighth grade education, Larry Flynt built a multi-million dollar pornography empire during the 70s and 80s with the explicit Hustler magazine as its cornerstone. A staunch advocate for the First Amendment, Flynt frequently butted heads with the so-called moral majority and found himself embroiled in fierce legal battles that he fought with theatrical flair, thumbing his nose at a system he viewed as hypocritical and corrupt. After a gunman’s bullet left him paralyzed from the waist down in 1978, Flynt resurfaced in 1983 to announce his candidacy for the Republican presidential nomination. His platform, he said, was simple: “Every ounce of energy that I can muster will be devoted toward moving the massive repressive hand of government from the crotch of the American people.”

This riveting film from director Nadia Szold assembles never-before-seen footage captured in 1983 by a film crew documenting Flynt’s unlikely bid for the White House. Chronicling Flynt’s campaign—ran from his gold-plated wheelchair with his devoted wife Althea by his side—Larry Flynt for President stands as a fascinating record of one of America’s most controversial defenders of free speech.—Andrea Passafiume

Nadia Szold is an award-winning American filmmaker and writer. Her first work as a director was at 17 when she founded the theater troupe Cojones Company. Her first feature, Joy de V., premiered at the Slamdance Film Festival in 2013 to critical acclaim and a nod from the jury.