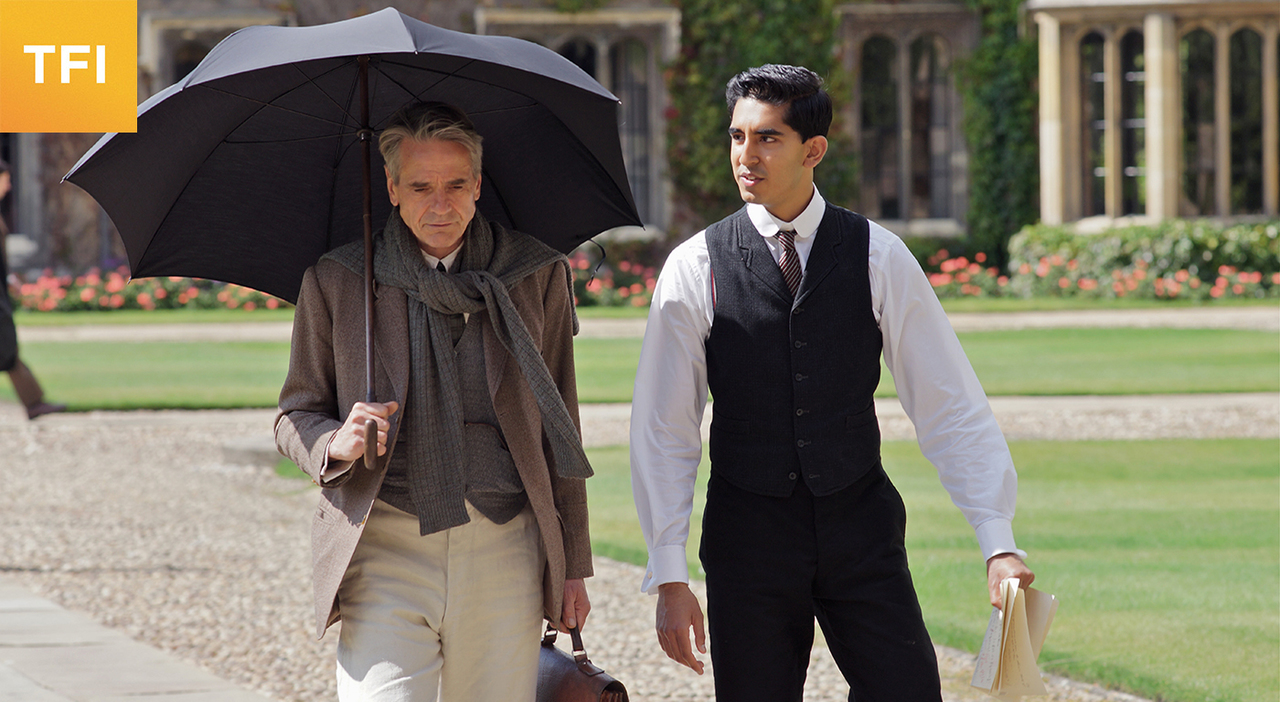 THE MAN WHO KNEW INFINITY

Drama
In 1913, a self-taught mathematics prodigy Ramanujan (Dev Patel) traveled from his home in India to Trinity College in Cambridge to study with the esteemed professor GH Hardy (Jeremy Irons). Hardy fights for Ramanujan to be recognized as the two struggle with prejudice, illness, and culture on the road to perfecting the theorems that changed the course of history of math.

Matt Brown
Matthew Brown has been a writer for several years. In addition to The Man Who Knew Infinity, Brown adapted the Ian Fleming biopic for K5/PalmStar/Animus Films, which chronicles the years that inspired Fleming to create the iconic James Bond character. Brown also wrote the soon-to-be-released, London Town, produced by Sofia Sondervan and Killer Films. The film stars Jonathan Rhys Meyers and was directed by Derrick Borte (The Jonses). Most recently, Brown developed a one-hour drama for AMC with Gerber Pictures producing. Born and raised in Boston, Massachusetts, Brown graduated from Trinity College in Hartford, Connecticut.

Dev Patel
Patel catapulted to success in 2009 when he starred in the Academy Award® winning film Slumdog Millionaire. Patel recently starred in The Second Best Exotic Marigold Hotel, Chappie and all three seasons of HBO’s Golden Globe® nominated series, The Newsroom. Patel can next be seen opposite Nicole Kidman and Rooney Mara in Garth Davis’s Lion for The Weinstein Company.


Devika Bhise
Born and raised in New York City, Bhise has been singing, acting, and performing from a young age. Her first film appearance was in The Accidental Husband, directed by Griffin Dunne. Bhise played the role of the goddess Namagiri in The Partition, a play based on Robert Kanigel’s book The Man Who Knew Infinity, at the Spotlighter’s Theater in Baltimore. Most recently, Bhise acted in in Partial Comfort’s off-Broadway production of And Miles To Go, the CBS series Elementary, and the MTV series One Bad Choice. Bhise is also an avid jazz vocalist and has performed internationally.

Ina Petkova
Ina Petkova is a Bulgarian-born mathematician, who works in the field of low-dimensional topology. She earned a PhD in mathematics from Columbia University in 2012, under the guidance of Peter Ozsvath and Robert Lipshitz. From 2012 to 2015 she taught at Rice University. She is currently back at Columbia University, and will be joining Dartmouth College in Fall 2016. Building on earlier work of Ozsvath-Szabo and Lipshitz-Ozsvath-Thurston, she created, along with Vera Vertesi, tangle Floer homology — a mathematical tool for studying tangles (pieces of a knot) in space. She is also an avid ice hockey player, and is a member of the Bulgarian national women’s ice hockey team.

Manjul Bhargava
Manjul Bhargava is the R. Brandon Fradd Professor of Mathematics at Princeton University, and also holds Adjunct Professor positions at the Tata Institute of Fundamental Research in Mumbai, at IIT-Bombay, and at the University of Hyderabad. He is recognized worldwide as one of the foremost mathematicians of our times and one of the leading experts in Number Theory, a branch of Mathematics in which he has made several pioneering breakthroughs. Professor Bhargava is also widely acclaimed for his teaching and his efforts to disseminate mathematics and improve mathematics education around the world, not surprisingly making him one of the most sought-after teachers and public speakers in the subject. In addition, he is an accomplished tabla player and classical Indian musician, and holds deep-rooted interests in Indian languages, particularly Sanskrit. Professor Bhargava is the first mathematician of Indian origin to receive the Fields Medal, known as the "Nobel Prize of Mathematics".

Faith Salie - moderator
Faith Salie is the author of Approval Junkie, on sale April 19, 2016, from Crown Archetype. She’s an Emmy-winning contributor to CBS News Sunday Morning and a panelist on NPR’s Wait Wait . . . Don’t Tell Me! She also hosts the PBS and CUNY.org show, Science Goes to the Movies, sponsored by the Sloan Foundation. Salie is a Rhodes scholar whose classmates went on to become governors and Pulitzer Prize winners, while she landed on a Star Trek collectible trading card worth hundreds of cents.