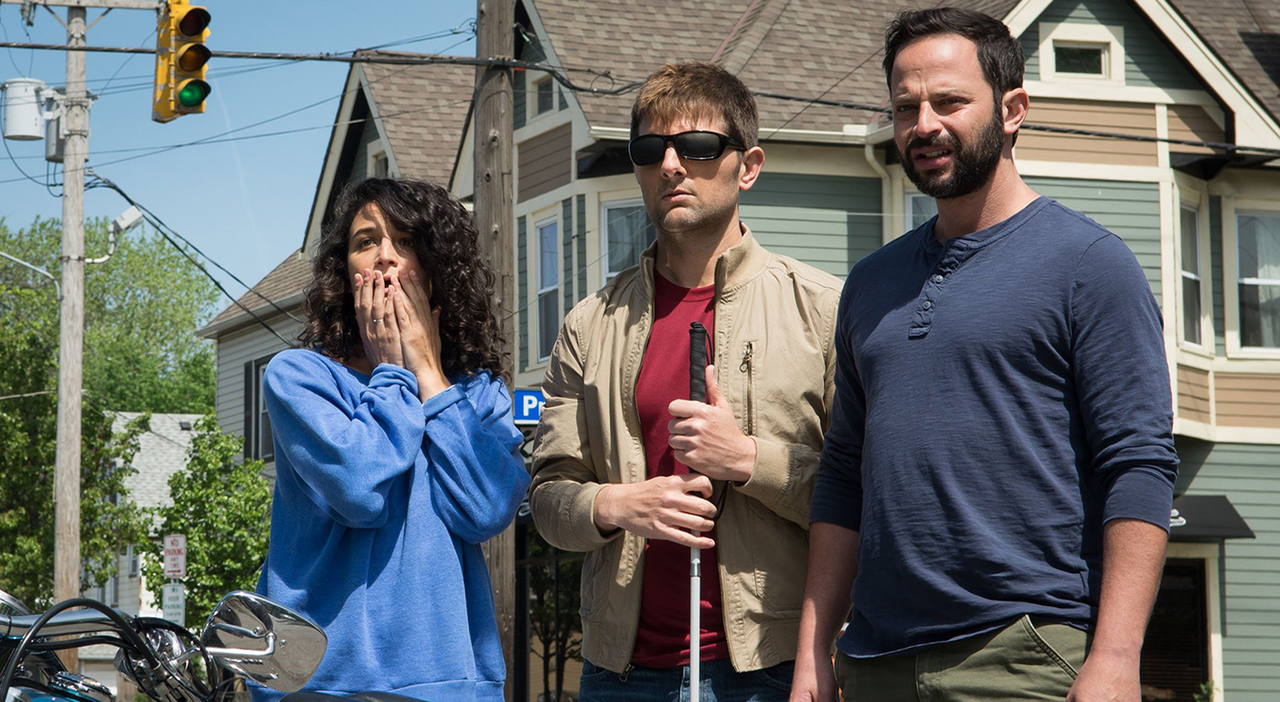 Drama, Female Director(s), Comedy, Romantic Comedy, NY Director(s), Female Screenwriter(s)
Robbie (Adam Scott) is a champion blind athlete and local sports hero doted on by the community and seemingly incapable of wrongdoing. His unassuming brother Bill (Nick Kroll) knows the real Robbie to be petulant and arrogant, but still runs every marathon by his side and never makes a peep when he doesn’t receives the same accolades. When Bill gets lucky with a charming lady (Jenny Slate), he thinks his karma might finally be coming due, until his brother introduces him to his own new paramour (the very same Jenny Slate). Now Bill must decide if he will put himself second again or finally stand up to his blind brother.

With its original take on the love triangle and sibling rivalry stories, brimming with farcical humor and chemistry between its trio of leads, Sophie Goodhart has crafted a sharp and utterly delightful romantic comedy.