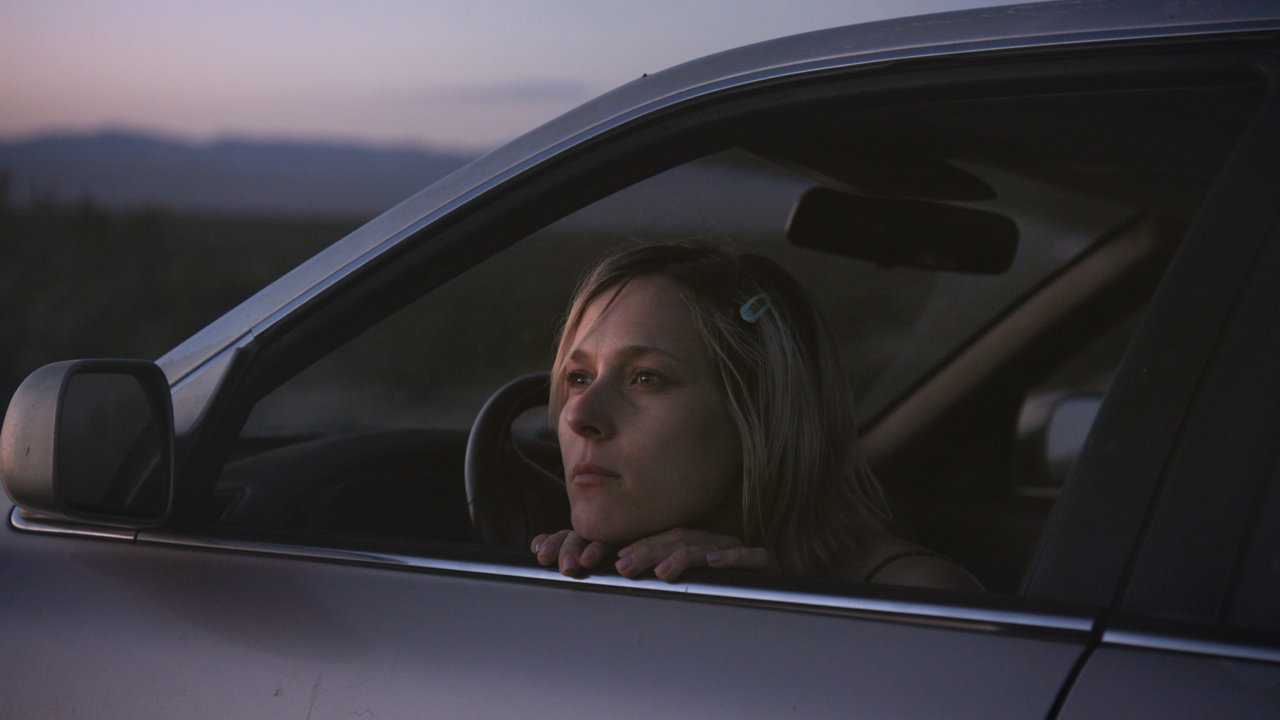 A dramatic break up leaves Sara (Lena Góra) standing alone on her ex's door step dressed in a dazzling evening gown. Next morning, realizing the door is well and truly shut, she begins wandering aimlessly and ends up thoughtlessly stealing a car. The long, dusty, desert roads give her a lot of time to think, to follow each childlike impulse, and to interact with the myriad odd-ball characters she happens upon during her journey. The beige tones and stalwart cacti that line her way create the perfect backdrop to Sara's musings. These chance encounters and fleeting connections feed her enough to keep her moving ever onward as she becomes increasingly fascinated by the unknown owner of her stolen car. Refreshingly free of urgency or danger, Sara’s meandering may just lead her to where she was meant to be.

With the backing of Executive Producer Wim Wenders, first time filmmaker Michal Chmielewski's message of trusting in the kindness of strangers is a refreshingly welcome one, even though the touches of melancholy linger and we're left to ponder the words of a hitchhiker Sara picks up along the way: “Nobody is ever really together in this life. It's just different degrees of aloneness.”--Karen McMullen

Michał Chmielewski is a film director, screenwriter, civil engineer and photographer from Poland. His short fiction, documentary and experimental films, and music videos, have been internationally awarded and screened at multiple film festivals around the world. Roving Woman is his debut feature.