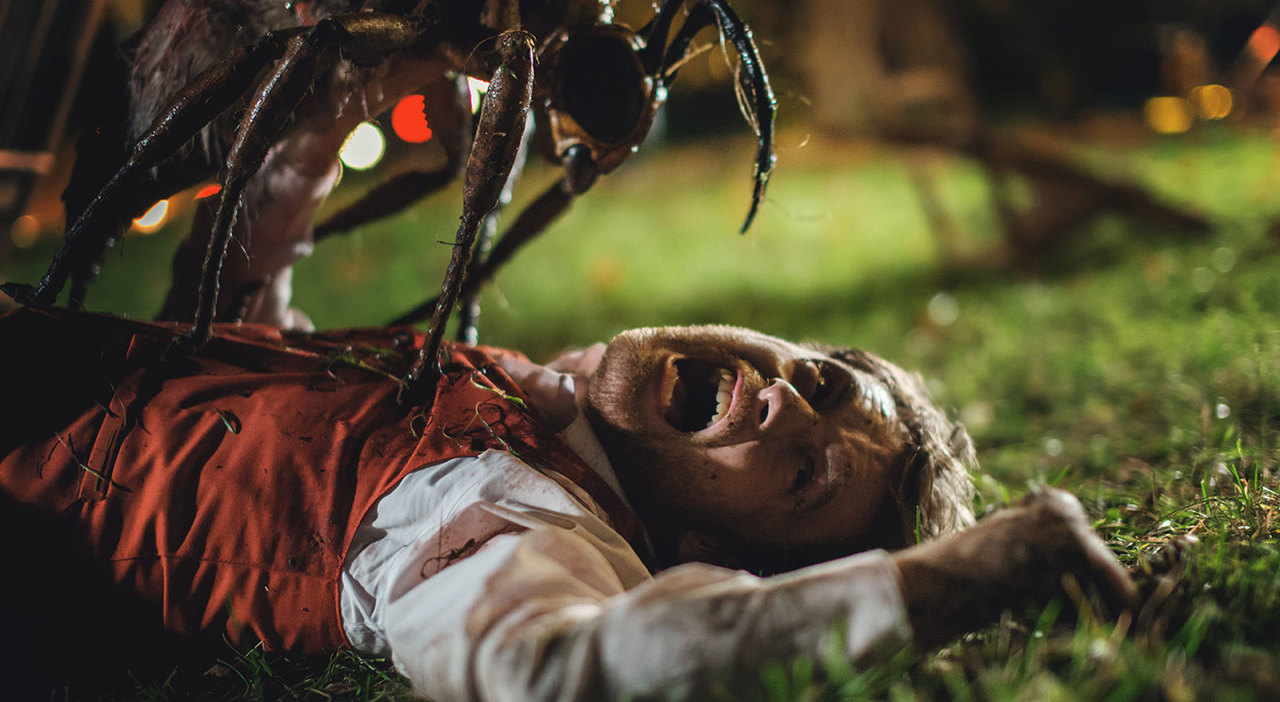 Drama, Thriller
In a remote country villa set amid foggy rural farmlands, the elderly widow of a pharmaceutical magnate holds an annual garden party for the local elite in honor of her late husband. But the festivities take a grisly turn when a plague of giant killer wasps is unleashed on the unsuspecting partygoers, leaving the caterers Julia and Paul pitted against the seven-foot mutant predators in a deadly fight for survival. A delightfully gory horror comedy from first-time director/mad scientist Benni Diez, Stung revels in its outlandish premise, never shying away from the opportunity to showcase the film's gruesome creations. With its seamless blend of CGI and oozing practical effects, this modern update of the '80s creature feature is a thrilling and inventive rollercoaster ride.—Ian Hollander