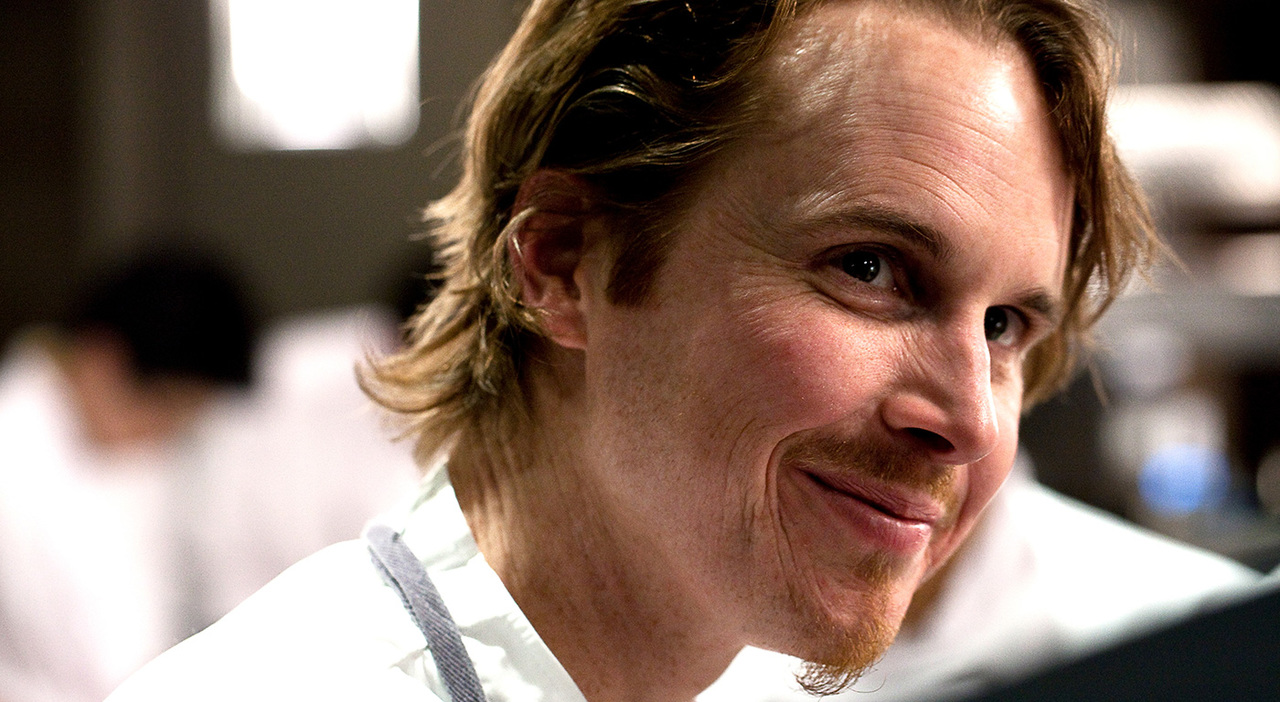 This episode of the acclaimed Netflix documentary series Chef’s Table takes a look at the life of one of the world’s most celebrated chefs, Grant Achatz, and the first ten years of his iconic Chicago institution. Achatz is one of the pioneers of modernist cuisine in the United States. His seminal restaurant, Alinea, has been one of the top ranked restaurants in the country since the day it opened in May 2005. Chef’s Table returns with 6 new episodes on May 27, 2016 exclusively on Netflix, featuring a different chef each episode.

BRIAN McGINN
Brian McGinn is a director and goldendoodle enthusiast. He executive produces and directs Netflix's Chef’s Table, which he developed for TV with David Gelb and Andrew Fried. In 2015, he directed the HBO Comedy Special Ferrell Takes the Field starring Will Ferrell. Other credits include The Record Breaker, American Teacher (narrated by Matt Damon & produced by Dave Eggers), the viral internet series You’re So Hot (with Dave Franco & Christopher Mintz-Plasse) and, as an editor, Chris Messina's debut feature Alex of Venice (Tribeca 2014). He is currently completing a feature documentary that will be released later in 2016.

GRANT ACHATZ
Chef Grant Achatz is the chef and co-owner of Alinea, NEXT, The Aviary and Roister in Chicago, IL and is one of the most awarded and recognized chefs in the world.

Known for his innovative, emotional, and modernist style of cuisine, he has been named 'Best Chef in the United States' by the James Beard Foundation, honored by Time Magazine as one of the 100 Most Influential People in the World, and has given talks and lectures on gastronomy and design at global conferences and universities.

NICK KOKONAS
Nick Kokonas is the co-owner and developer of the renowned restaurants Alinea, Next, The Aviary, and Roister. Nick has been featured in dozens of publications and is the founder and CEO of Tock, a software company now in use by restaurants in 7 countries.

Moderated by FRANCIS LAM
Francis Lam is Editor-at-Large at Clarkson Potter, columnist at the New York Times Magazine, and a judge on Top Chef Masters. His writing on food and culture has been won numerous awards from the James Beard Foundation and the International Association of Culinary Professionals. In past lives, he was Features Editor at Gilt Taste, senior writer at Salon.com, a contributing editor at Gourmet magazine, and his work has appeared in the 2006 - 2014 editions of Best Food Writing. He believes that, in professional football, that would count as a dynasty; in ancient China, not so much. Lam resides in New York City and tweets at @francis_lam.