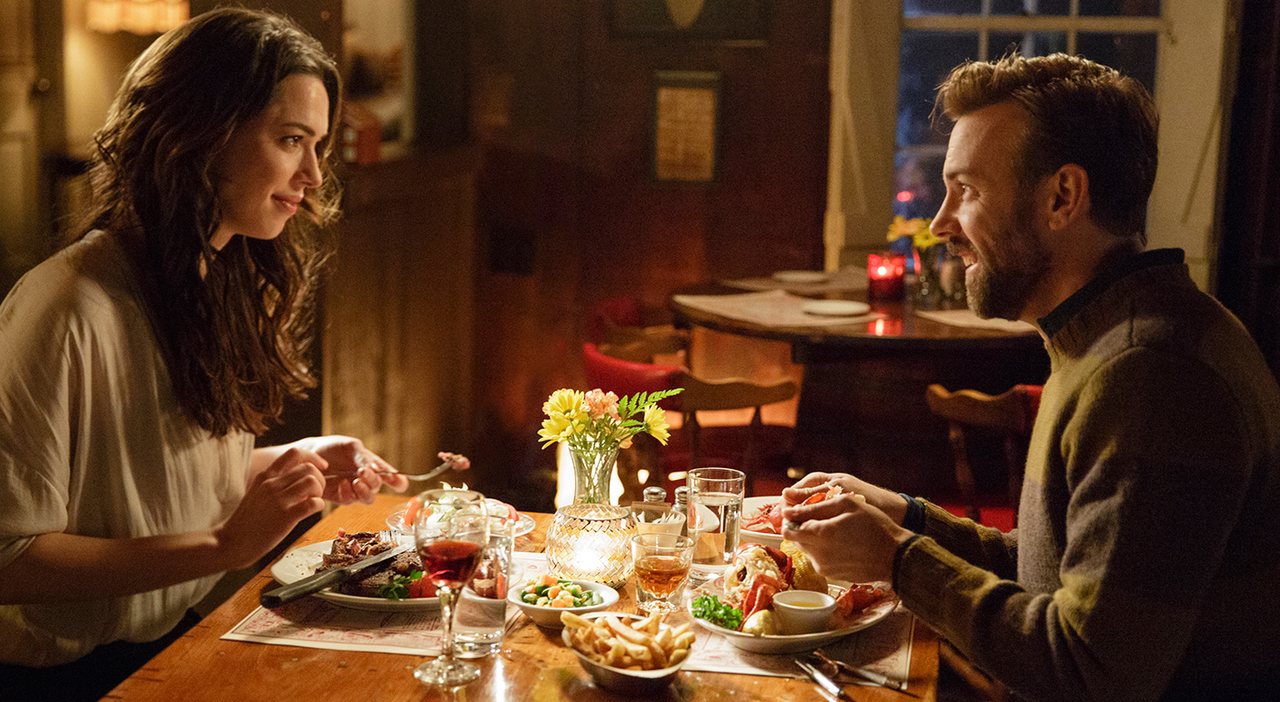 Drama, Comedy, Music, Female Screenwriter(s)
Years after the accidental death of her folk-legend songwriter husband Hunter, Hannah (Rebecca Hall) has yet to fully accept her small-town life in Maine without him. She spends her days contemplating a book she'd like to write on Hunter's life and work, and indulging in a fling with a local meathead (Joe Manganiello). But when she is approached by brash New York academic Andrew (Jason Sudeikis), intent on penning his own biography of her late husband, Hannah is roused into action. Initially wary of his intentions she decides to collaborate with him on the book, leading them both to surprising discoveries. As Hannah and Andrew dig deeper into Hunter's life and death, they come to their own revelations about what it means to live, and to love. Featuring supporting performances by Dianna Agron, Blythe Danner, Griffin Dunne, and Richard Masur, Tumbledown is a comedic love story with heart, humor, and tenderness. —Cara Cusumano