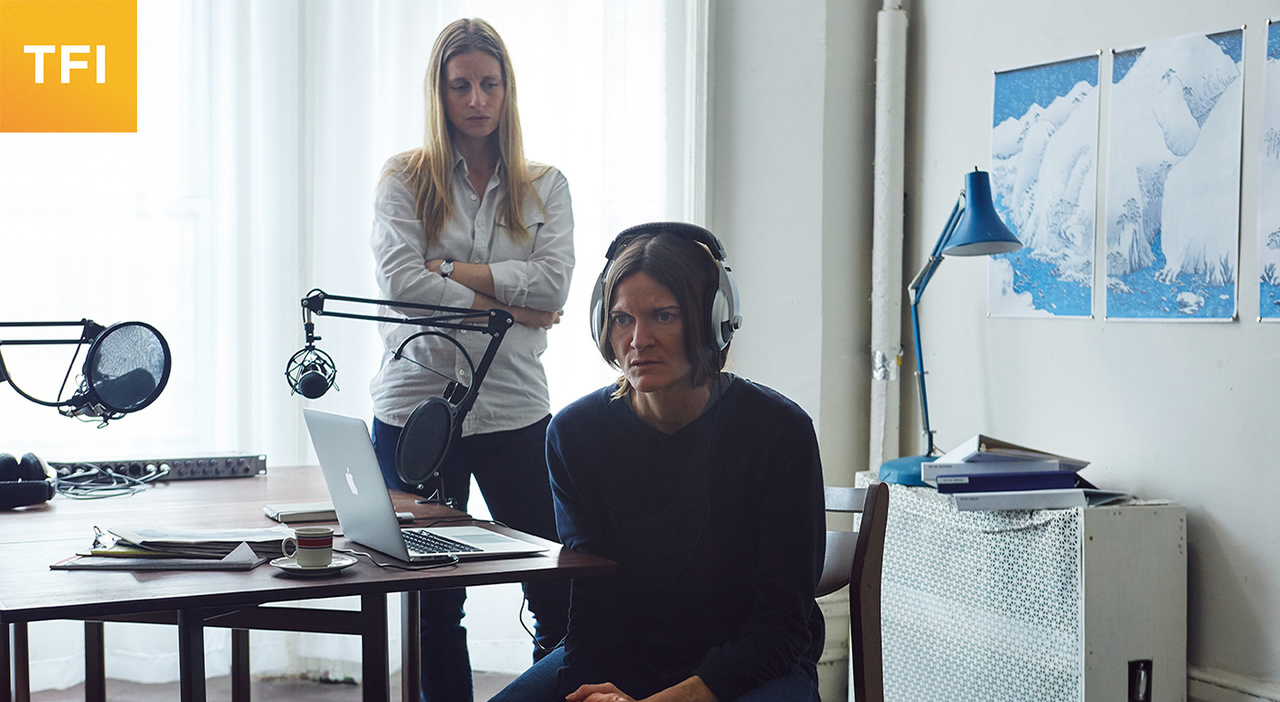 ‘It’s Park Slope’ says a recently missing friend, ‘there aren’t hate crimes here, just a lot of intense parenting.’ So goes Ingrid Jungermann’s whip smart feature debut; a marvelous send-up of the search for meaning in modern-day relationships. Even uneventful encounters lead the more eager searchers to find drama where there is none.

Morgan (Jungermann) and Jean (Ann Carr) work well together as hosts of their semi-famous true crime podcast because they didn’t work, at all, as a couple. When Morgan strikes up a relationship with the mysterious Simone (Sheila Vand, importing substantial menace from her breakout role in A Girl Walks Home Alone at Night) their professional interest boils over into a cycle of suspicion, paranoia, and fear. Thankfully, Morgan has a confidant (maybe not her first choice given that she is in prison for murder). Women Who Kill is an adept and wry comedy on modern romance’s hollow results set in an LGBTQ Brooklyn that pulls ample humor from awkward and, perhaps to confirmed Park Slopers, all-too-familiar situations.

Ingrid created the WGA-Nominated web series F to 7th featuring Amy Sedaris, Michael Showalter and Gaby Hoffmann. She is currently in development for a television version of F to 7th and her next feature Traumata, a feminist sci-fi about female rage. Ingrid received her MFA at NYU Graduate Film School.