Which 2013 performances had us rolling on the floor? 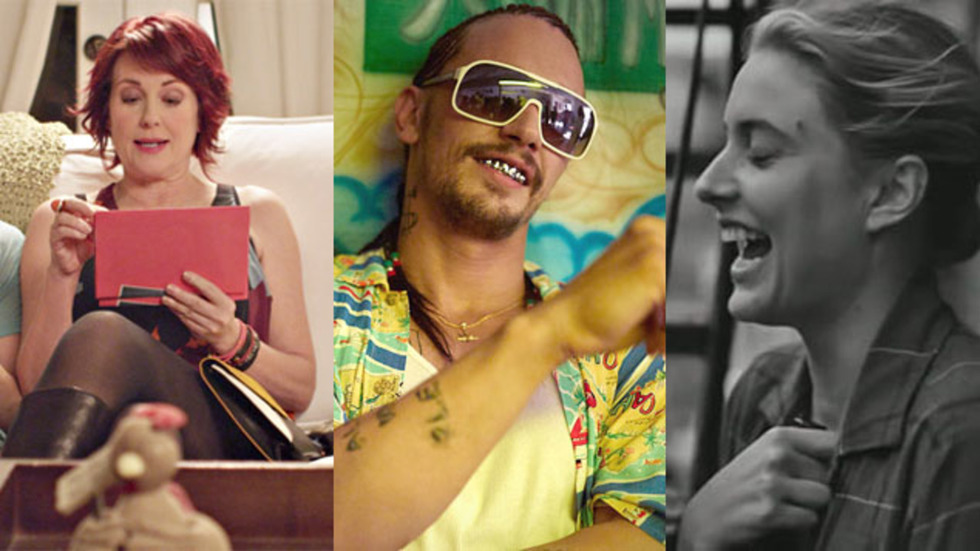 #10. Nathan Fillion, Much Ado About Nothing: Re-teaming with his Firefly/Serenity director Joss Whedon, Fillion took on the role of police inspector Dogberry and chewed on the scenery for all it was worth.

#8. Emile Hirsch, Prince Avalanche:
#7. Paul Rudd, Prince Avalanche:
One of the year's best on-screen duos, Rudd and Hirsch play brothers-in-law whose clashing personalities take the film (another 2013 Tribeca Film Festival entry) into some funny and unexpectedly emotional places. The chemistry Rudd and Hirsch share is strong, and their comedic instincts are on-point.

#6. Megan Mullally, G.B.F.: The third performance on this list to emerge from the 2013 Tribeca Film festival comes from the briefest of performances. But Mullally's couch scene with her gay son (Paul Iacano), watching Brokeback Mountain, was easily the film's funniest and showcases Mullally's top-notch natural comedic talent.

#5. James Franco, Spring Breakers: While you might say that 50% of the comedic value of Franco's character is accomplished by the cornrows, fronts, and wardrobe choices, his performance is the strangest, silliest, most magnetic thing going in any 2013 movie.

#4. Greta Gerwig, Frances Ha: Gerwig's comedic talents have become steadily more apparent, from films like Greenberg through Lola Versus and Damsels in Distress. In Frances Ha, her talents for creating quirky, flawed, but deeply lovable characters is at its peak, and that kind of vibe makes the funniest moments of Frances even funnier.

#3. Allison Janney, The Way Way Back: Janney has made herself an expert in the realm of playing loony, often boozy mom types, and her role in The Way Way Back feels tailored just for her. There are whole scenes where the best possible option for the viewer is to watch Janney's actions unfold in the background.

#2. Emma Watson, The Bling Ring: In a film full of muted teenage materialists, Watson's Nicki is a high-volume nightmare combination of aspiration and moral vacuousness. Watson's every pose, every pained inflection, every eye-roll at her mother (Leslie Mann) is a highlight.

#1. Melissa McCarthy, The Heat: It's no surprise that McCarthy's performance in The Heat is an all-star example of untamed comedic ability. What's more unexpected is that McCarthy's hilarity is paired with genuine sweetness in a way that elevates the film to something approaching greatness.