In honor of Queen Sofia's birthday, here are some gorgeous images from her work. 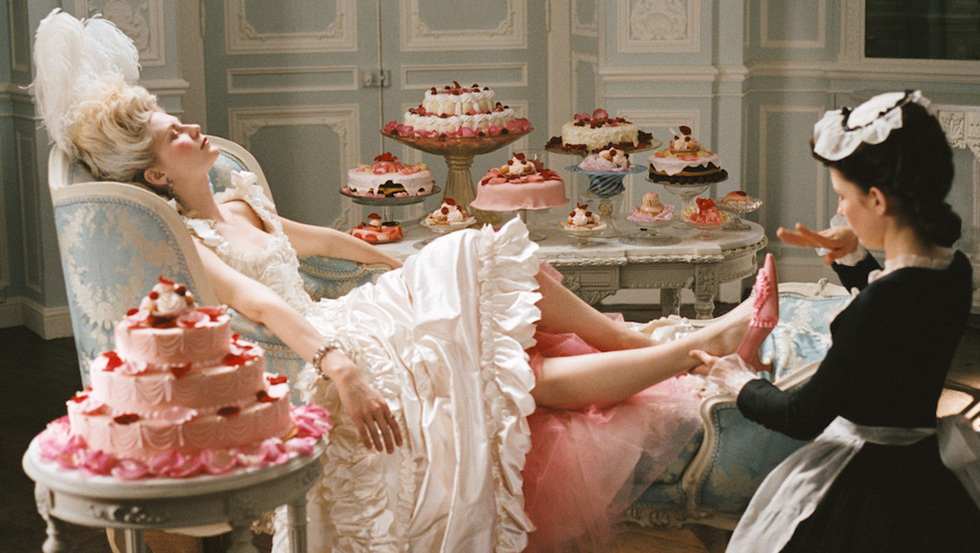 The 67th Cannes Film Festival opens today, with Sofia Coppola as a special juror--what a way to spend your birthday!

With a style all her own, Sofia Coppola attacks every project head on. Looking at all the stories she's already told, we can't wait to see what she does with The Little Mermaid. From the ennui of French aristocracy to the mundane daily life of suburbia, her films are always visually pleasing.

It's easy to see the mystery surrounding the Lisbon girls, even in just this one film still.

The private life of the Lisbon girls is  represented in just this one shot.

The whisper heard 'round the world. Does it really matter what Bob said to Charlotte?

"I just feel so alone, even when I'm surrounded by other people."

Anyone can feel hidden in such a big city.

An excellent representation of Marie-Antoinette's "outsider" status at Versailles.

One of Sofia Coppola's directorial signatures; a character watching the world from the window of a car (or carriage).

Despite its deceivingly simple construction, this shot shows so much about the two main characters.

Coppola sculpts a character that is anything but angelic with this mise-en-scène.

Happy Birthday, Sofia Coppola, and many more to come!