Home » Tribeca News » Snowed In? Here Are the 10 Best Indies From 2013 Streaming On Netflix
View All News

Snowed In? Here Are the 10 Best Indies From 2013 Streaming On Netflix

If you're in a part of the country snowed in by yesterday's storm, might as well make some hot chocolate, park on the couch and stream those indies you missed from Netflix. 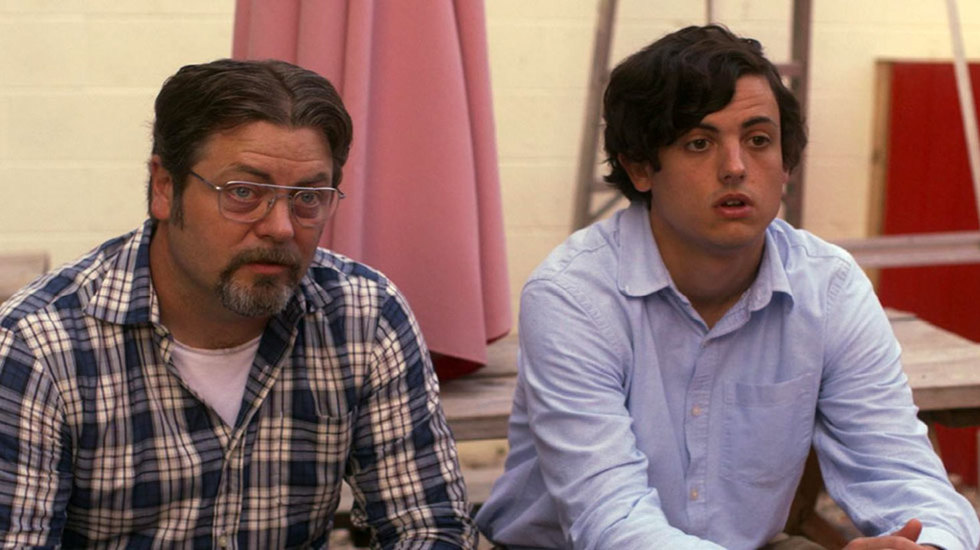 Brrr... Not another polar vortex. Oh well, at least this gives you the chance to catch up on the indies you missed from the past year. 2013 had a slew of independent hits that you won't see on the Academy ballot - unfortunately - but still deserve a view. Here are 10 indies now available to stream on Netflix that will surely keep you entertained during Winter Storm Janus.

A struggling comedian is also dealing with a failing relationship and a few anxious habits, including sleepwalking. When his anxiety reaches an all-time high, it becomes the subject of his stand-up, which ironically pushes his career in the right direction.

Two city dwellers escape from the hustle and bustle for a summer to work in the country at the highway maintenance department. A slightly dark, slightly off comedy from none other than David Gordon Green, Alvin (Rudd) and Lance (Hirsch) show us how environment can sometimes cloud our judgment and that regret is fuel for change elsewhere in life.

Michael Cera has jumped feet first into the independent scene this year with Magic Magic and a few head-scratching shorts. In this trippy adventure, Jamie (Cera) and his friends are driving through Chile when they meet the illusive yet intriguing Crystal Fairy who happens to have hallucinogens that might make the road trip more interesting. Little do they know what kind of hallucinogen.

Following the 35-year long friendship of Max (Poulson) and Sal (Offerman) who are at odds with one another time and again over Lyla - Max's wife and Sal's dream woman. There's a strange Tuck Everlasting theme thrown into the mix because Max doesn't age.

A documentary that follows the growing subculture of Bronies, also known as adults who are obsessed with the My Little Pony franchise. Yes, you read that right. Malaquais follows the fandom through a series of interviews and events, including meetings and even concerts(!) coordinated just for Bronies.

Based on the incredible William Faulkner novel, Franco and McBride take a step in the serious direction away from This is the End, navigating the journey of a family traveling to respect their mother's wishes and lay her to rest in the not-so-nearby town of Jefferson, Mississipi.

A film almost as elusive as it's subject. The documentary follows the chronology of events leading up to Salinger's disappearance from the spotlight after becoming a household name in literature that defined a generation. Salerno takes an unprecedented (and controversial) peek into the life of the man, who like literary geniuses before him - inculding Hemingway - became unraveled by fame.

Revolution Brewing co-workers Kate and Luke (Wilde and Johnson) are falling foam over pint for each other as the days roll by at the brewery. Only problem is they both have significant others at home - oops.

Calling all Girls fans - there is more Alex Karpovsky out there and Netflix is where to find him. Karpovsky has a slew of films on the platform including Red Flag and Rubberneck, but Tribeca Film's Supporting Characters is the perfect snow day pick. After an independent film production takes a turn for the worse, the editors try to salvage the project as well as their crumbling social lives.

Greta Gerwig gives us a life lesson or two even though she's a complete mess herself in Frances Ha - the story of a dysfuntional, flighty, but all-around lovable twenty-something whose planets just won't align to make life simpler or more financially stable. Struggling to become a modern dancer in New York City, we follow Frances through a series of episodes (and address changes) after her best friend, Sophie, moves out of their apartment, forcing Frances into - dun dun dun... adulthood.