Home » Tribeca News » 31 Days of Horror: ‘The Signal’ Should Be On Your Watchlist
View All News

31 Days of Horror: ‘The Signal’ Should Be On Your Watchlist

To celebrate the spookiest month of the year, we're exploring the cinematic macabre. Today, we highlight one fantastic genre gem that all horror fans should watch…like right now. 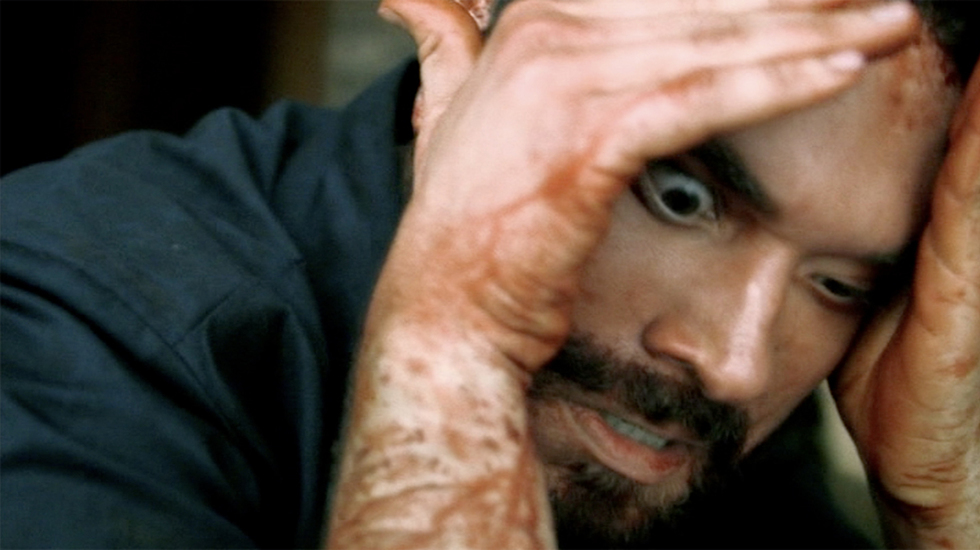 This is, without a doubt, the most fucked up day in the history of mankind.

With so many horror flicks out there to watch, it’s completely understandable that one or two of the really good ones may have escaped your Netflix queue. The Signal, written and directed by David Bruckner, Dan Bush and Jacob Gentry, is one of those.  A film about a group of citizens living in the seemingly quiet fictional metropolis of Terminus, the narrative is divided into three segments—Crazy in Love, The Jealousy Monster and Escape from Terminus. The film provides an almost indefinable blend of genres—horror, science fiction, comedy and the deep, dark relationship drama.

The set up is pretty simple. Mya (Anessa Ramsey) cheats on her insanely jealous husband Lewis (AJ Bowen of You’re Next, A Horrible Way to Die, and House of the Devil fame) with the sensitive and sweet Ben (Justin Welborn) on New Year’s Eve. Mya’s life gets even more complicated when a mysterious signal begins to transmit from every television, phone line and radio in the city, turning people into murderers, who kill freely, but are left with enough mental capacity to justify their homicidal actions.​The style of the film is reminiscent of those great 70s horror movies—it’s raw, grainy and insanely visceral. Not afraid to drop the sticks and go hand-held, the film feels raw and low budget, but those qualities only add to the appeal. The first segment, ‘Crazy in Love,’ develops the drama arising from the love triangle and introduces the otherworldly transmission. The second segment, ‘The Jealousy Monster,’ (perhaps the most brilliant part of the film) is outlandish and satirical, inserting the most unfortunate guests of the random New Year’s Eve party into the chaos and lives of the three main protagonists. The final segment, ‘Escape from Terminus,’ reunites Mya, Lewis and Ben in a stunning climax that takes place in a bus terminal.

With a strong focus on characters and dialogue, the film offers a cast of unknowns and non-professional actors, making the audience feels like it is participating in a discovery on multiple levels. Forgoing jump scares and the traditional horror tropes, the film provides a surreal, primal, unexpected and unsettling journey through a society gone mad. We hesitate to tell you more because The Signal, which is currently streaming on Netflix, is something you need to experience for yourselves.