Home » Tribeca News » 31 Days of Horror: The 'Last House on the Left' Trailer
View All News

31 Days of Horror: The 'Last House on the Left' Trailer

To celebrate the spookiest month of the year, we're exploring the cinematic macabre, and today, we're looking at the straight-up dare that is the trailer for 1972's 'Last House on the Left.' 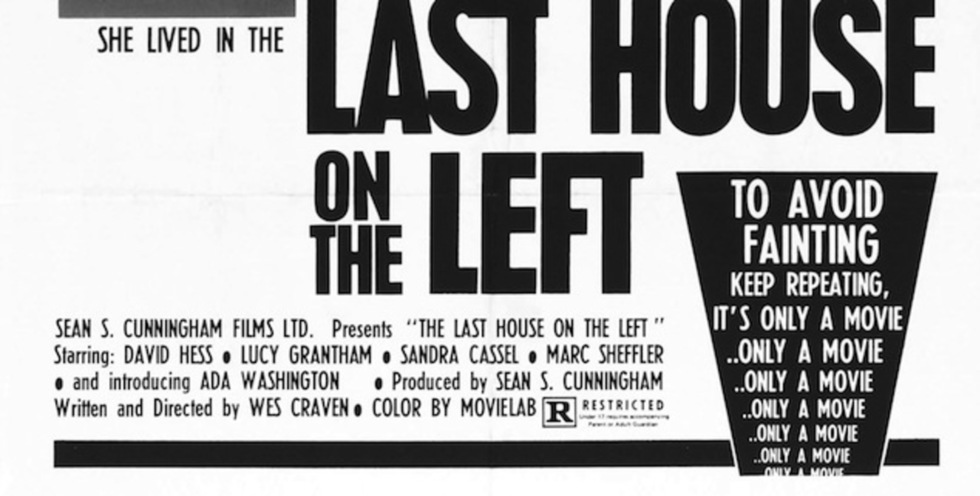 The Best Thing About It: After revealing very little in the way of footage from the film, the screen cuts to stark white words on black background. The unsettlingly deep-voiced narrator speaks the words as we see them: "To Avoid Fainting, Keep Repeating, It's Only A Movie … Only A Movie … Only A Movie …" That's become something of an ancillary contributing factor to the legend of Last House, and rightly so. The verve inherent in that statement is really uncommon in movie marketing. The supreme confidence that your movie is so captivatingly scary that even explicitly instructing your audience to distance themselves from it won't do any good. Also, "to avoid fainting" implies that audience members have been fainting, which is such a great old-school monster-movie bit of propaganda.

Contributing Factors: The voiceover itself is incredibly disturbing, and the fact that very little, if any, of the plot is revealed makes the film something of a Pandora's box of horror. What could be inside that would have the filmmakers themselves telling me to keep calm?

Better Or Worse Than The Movie It Advertises?: A movie like Last House almost entirely depends on your perspective on horror to say whether it's "good" or not. The violence is repugnant to all audiences. The question is whether you like the extent to which said violence unnerves and upsets you. If you don't think the effect is worth having to witness such inhumanity, the film becomes a bit of a bust. But then again, so would such a trailer that plays up that horror for sideshow appeal. The audacity of the trailer might actually end up more groundbreaking than the film itself.

Final Assessment: If there's one thing the people marketing Last House on the Left knew about the horror genre, as that, for its adherents, horror is something of a dare. A game of chicken. See how long you can watch without yelping or hiding your eyes or turning away. This trailer puts that dare front and center. People are fainting! Remind yourself it's only a movie! This film is literally too much for people to handle! Can you?