38 Years Later, Style Wars Is Still the Best Hip Hop Doc Ever Made 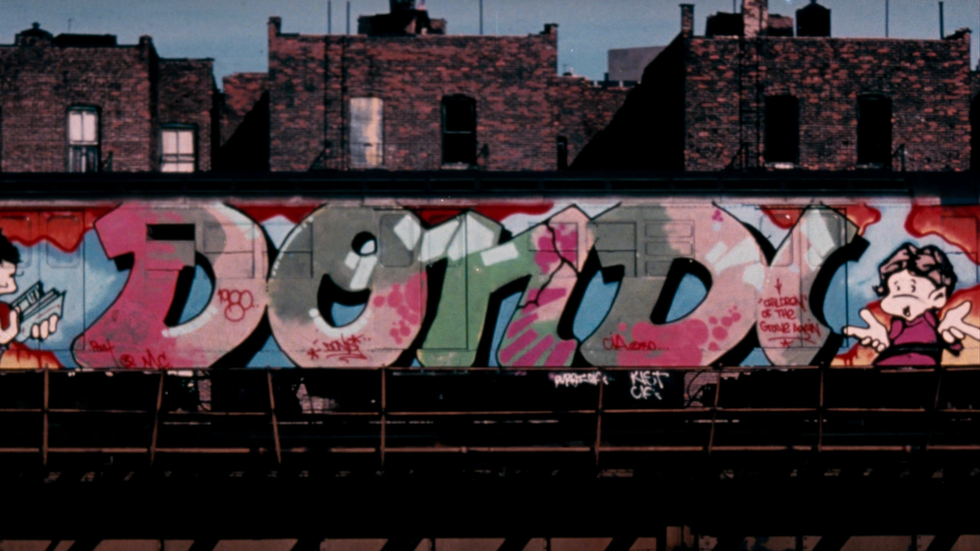 Today marks the 38th anniversary of PBS premiering Style Wars, the eminent Hip Hop documentary that focused on graffiti writers and B-Boys before the world fell in love with their rapping counterparts, the MCs.

Directed by Tony Silver and produced by Henry Chalfant in 1982 in The Bronx, the documentary shed light on a nascent culture that most people outside of New York most likely had only been slightly exposed to. Premiering after Wild Style and before Beat Street, the documentary served as an explainer for this mysterious youth culture that would come to be known worldwide as Hip Hop. Style Wars provided insight even for New Yorkers who were used to seeing the huge graffiti productions on trains and the groups of young kids break dancing for money on the streets of Manhattan but didn’t know much else about it.

The Bronx in the late 1970s and early 1980s was ripe for a new cultural phenomenon. After a gang truce was established across the borough, young people were able to maneuver around the city more freely without the threat of coming across territorial gangs looking to gain a rep for violence. Suddenly the parties thrown by the Godfather of Hip Hop, DJ Kool Herc, were attended by citizens from all over The Bronx. Graffiti also benefited from the truce. Writers could now travel to train yards and other spots to throw up their art work relatively unbothered, though stick-up kids and other menaces still roamed the streets.

As the graffiti movement grew, only a select few, graffiti writers and the MTA, were privy to the inner workings of the culture. People didn’t know how these teenagers were getting their art on the trains and that there was a growing community of teenagers who were “running the system.” Or as DEZ aka DJ Kay Slay put so eloquently in Style Wars, “Nah, I ain’t running the system,  I’m bombing the system!”

Much to the chagrin of then Mayor Ed Koch, (who is featured in the documentary complaining about the “vandals”) the writers were passing knowledge of “the art of getting over” to one another, constantly meeting to swap ideas, pictures, intel on train yards and sometimes even blood. Yeah, graffiti writers weren’t exactly a harmonious bunch and lots of beef over pieces getting disrespected ended in scuffles and bloodshed.

What really makes this movie a classic, aside from the featured pieces on trains and walls, are the personalities that get interviewed. SKEME and his mother having a very frank conversation in their kitchen about his wayward path is a gem, while CAP MPC explaing to Chalfant and Silver that he is not a graffiti artist, he’s a “graffit bomber” comes off so threatening it’s a wonder he didn’t get the call to play a villain in some movie production.

Since its release some of the young writers who were either rebelling against the social issues they faced or fighting back against the mediocrity that surrounded them, have gone on to make names for themselves. Artists like Carlos “MARE 139” Rodriguez and Eric HAZE went on to become influential, successful artists who made their “mark in society and not on society.”

Perhaps most influential was the art of graffiti itself. Graffiti influenced typography and has been co-opted by advertising to market products as “street” or “urban.” One need only board a subway wrapped in an advertisement to see the roots of this “in your face” style come directly from graffiti writers’ “whole car” approach.

Style Wars is far and away the best graffiti documentary. If you love old NYC footage and art this is the flick for you!

Sign Up To Receive Newsletters, Event Updates and More