See all the titles that premiered at the Tribeca Festival 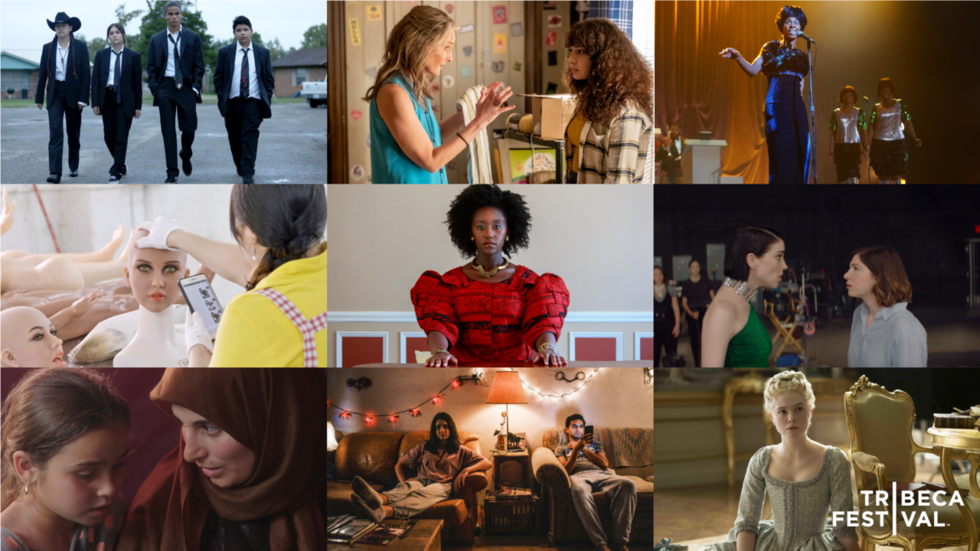 Tribeca alumni are making their presence felt all across the industry! We’re ecstatic to be associated with such tremendous talent and are proud to continue serving as a conduit for up and coming talent. Read more about these past Tribeca titles cleaning up this season’s awards nominations.

Please hold your applause till the end!

Filmed for over three years, this documentary follows Jacinta, 26, and her mother Rosemary, 46, who are incarcerated together, both recovering from drug addiction, Jacinta struggles to break the cycle of drugs and incarceration while trying to reunite with her young daughter.

Filmmaker and artist Angelo Madsen Minax returns to his rural Michigan hometown after a family tragedy. Creating a narrative by combining old VHS and Super 8 home movies with the present day, Madsen creates a nuanced portrait of a family dealing with grief, addiction, and transgender identity.

An inspiring journey with activist Ady Barkan who, after being diagnosed with ALS at age 32 and in spite of declining physical abilities, embarks on a national campaign for healthcare reform.

This documentary explores the artist, writer, photographer, activist and Downtown NYC legend, David Wojnarowicz. As New York City became the epicenter of the AIDS epidemic in the 1980s, Wojnarowicz weaponized his work and waged war against the establishment’s indifference to the plague until succumbing to it in 1992 at the age of 37.

Ascension explores the pursuit of the "Chinese Dream." This observational documentary presents a contemporary vision of China that prioritizes productivity and innovation above all.

Filmed over five years in five countries this documentary takes a masterful look at how war, separation and displacement impact family bonds.

Set mostly in New Orleans after the City Council voted to remove four Confederate monuments from public grounds, this documentary explores America’s obsession with its mystified Confederate history and the tangled thread between its past and present.

No one approached food, culture and travel the way Anthony Bourdain did. Unfortunately his untimely death left millions of adoring fans clamoring for more gems from the master chef. This film explores his life and career, giving diehards a final look at his genius.

RITA MORENO: JUST A GIRL WHO DECIDED TO GO FOR IT
Audience Choice Prize, The Unforgettables (Cinema Eye Honors)

Chronicling Rita Moreno’s extensive career spanning over seven decades, this documentary highlights the adversity Moreno had to deal with in Hollywood including racism, sexism and toxic relationships.

As a family is being ripped apart by the death of their matriarch and how the surviving members will divvy up her estate, director Bo McGuire puts together a sad yet humorous look at the family feud and how his family affected his own coming of age tale.

Competing in sports can be traumatic. Such is the case for a first-year member of a university’s women’s rowing team as she commits to doing whatever is humanly possible to make good even when the training starts to spiral into compulsion, and then into masochistic self-harm.

This funny rom-com mockumentary uses the current global pandemic as fodder for hilarity. After an awkward first date a couple has to shelter in place together.

A story that could only happen in New York City, this humorous film follows Mary as she grapples with stepping into her recently deceased mother’s shoes while also navigating an unhealthy relationship all the while dealing with the many strong, demanding personalities in her life.

A former female boxing champ takes on the fight of a lifetime when she decides to locate her missing sister.

An uplifting yet heartbreaking look at the impacts that poverty has on troubled children who are just trying to find some semblance of joy through all the chaos in their lives.

St. Vincent sets out to make a documentary about her music, but when she hires a close friend to direct, notions of reality, identity, and authenticity grow increasingly distorted and bizarre.

Grappling with trauma and the displaced feelings of gentrification the main characters of this comedy-drama take on racism, police misconduct and the meaning of true friendship.

This series tells the story of four Indigenous young men scheming on how to get out of rural Oklahoma. Featuring all Indigenous writers and directors, along with an almost entirely Indigenous North American cast and production team the series goes above and beyond ensuring their culture is properly represented.

A comedic drama about the rise of Catherine the Great from outsider to the longest-reigning female ruler in Russian history. The “anti-historical” series portrays Catherine as a youth as well as wife to Emperor Peter III, focusing mostly on the plot to kill her depraved and dangerous husband.

This mini-series offers an insightful look at the musical genius that was Aretha Franklin. From her attempts to reboot her career to securing her place in annals of rock and roll the project gives documentary vibes so strong it doesn’t seem like a reenactment at times.