These women are stepping behind the camera for their next projects. 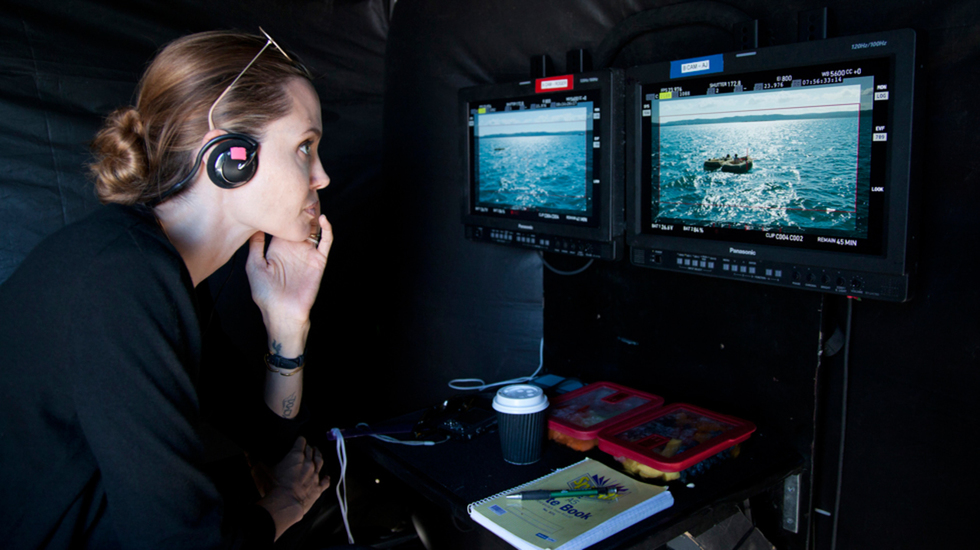 More and more actresses are taking control of the storytelling process and directing films. Their projects are as varied as the actresses themselves, a sure sign that there will be something for everyone.

Angie's second narrative feature film tells the story of an Olympic runner and his struggles to keep a part of himself alive when he's taken prisoner by Japanese soldiers during World War II. With In the Land of Blood and Honey, Jolie has already shown she has an expert hand when dealing with difficult subjects.

Regina King, Story of a Village

Regina King is probably best known for her roles in Jerry Macguire, Ray, and Miss Congeniality 2, but after directing episodes of her show Southland and a TV movie last year, the actress is directing her first documentary. The documentary will cover the restoration of a school in Sierra Leone. King's determination and skill in past projects makes us think this is a perfect fit.

Natalie Portman, A Tale of Love and Darkness

Natalie Portman is writing and directing her first feature film, based on the memoirs of Amos Oz. Portman tackles a controversial subject in the Israeli-Palestinian conflict, but with her steady precision, she's sure to give us a lot to think about.

In her first feature film, Scarlett adapts and directs Truman Capote's first novel by the same name. In true Capote fashion, it's a story about a rich girl who falls for someone in the service class. How will Scarlett bring Capote's commentaries on the nouveau riche to the screen? We can only assume she will make expert use of her addictive brand of wit.

Queen Babs has returned to us! The actress-singer-producer directed her first feature film, Yentl, 31 years ago. Since then, the star of stage, screen, and everything has directed only two movies, but we can't wait to see what she does with this love story between Margaret Bourke-White and Erskine Caldwell.