What Willy Wonka Can Teach Us About the Future of Film

The multi-talented director Mel Stuart passed away this week at age 83. But no one who knew him will ever forget his love of the movies, or his passion for excellence in storytelling. 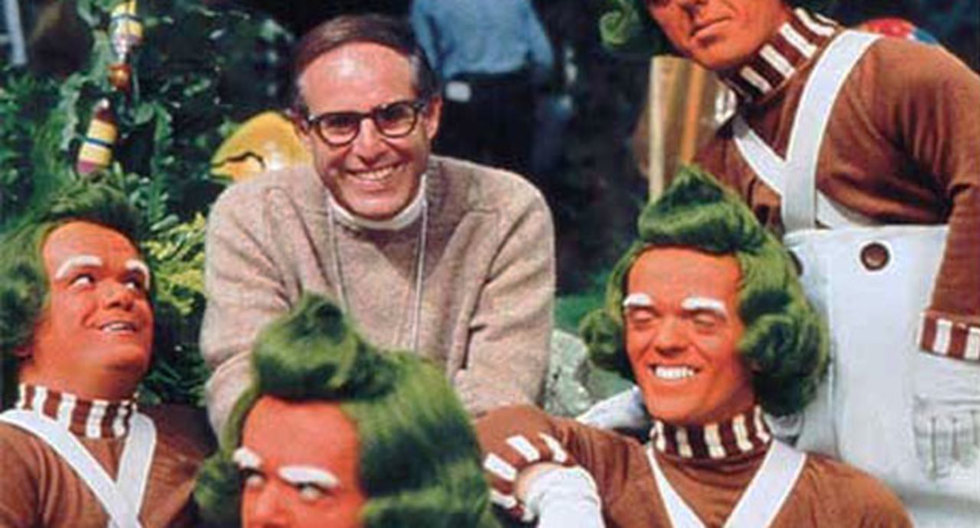 Filmmakers often find themselves blessed or burdened with images and ideas that are out of step with their times. This isn’t unusual for artists—think of the work of Rembrandt or Van Gogh,  painters whose work was ignored during their lifetime, only to be seen by future generations as the insightful and important work it was.

But film has been unable to enjoy the evolution of audiences, as the nature of projection and celluloid forced work created for the big screen to arrive at a moment in time, and connect with its audience or be left in the dustbins of history.

Willy Wonka & the Chocolate Factory opened July 7, 1971—up against Willard, the story of a socially awkward young boy with a strange love of rats.

No wonder, then, that a dark post-modern musical about children and an overbearing chocolate factory run by oompa loompas wouldn’t draw big box office.

Consider for a moment these reviews and results:

♦ Pauline Kael in The New Yorker called it “stilted and frenetic.”

The fact that the film was out of step with its time shouldn’t come as a surprise. When I first met my friend Mel Stuart as a fellow Board Member of IDA—the International Documentary Association—he had had a stunning career as a non-fiction filmmaker. His films The Making of the President, Wattstax, The Rise and Fall of the Third Reich, and Man Ray put him in the class of the documentary elite. So I remember when he told me, “Oh, and I directed Willy Wonka.” A filmmaker whose entire worldview was about truth, and facts, and exploring the unknown in the real world had turned his fertile imagination to children, and parents, and a journey into the world of imagination. Of course, I’d loved Willy Wonka already—but this made more sense. It was a children’s movie, but it was also so much more than that.

How was it then that a film that was before its time was able to survive… and arrive to meet its audience? Stuart told me the story—and I’ll never forget it.

Little known fact: the film was financed not by a film studio, but instead by a cereal company. Yes, Quaker Oats put up the entire $2.9 million for the film—with a plan to make a Willy Wonka candy bar to release with the film’s premiere. Stuart says that Quaker Oats had problems with the chocolate formula—and so David Wolper arranged with Paramount to distribute. Stuart felt the marketing in 1971 was half-hearted, and he could be right. After all, it was a Wolper picture, released by Paramount. So the film languished. Then, seven years later, when Paramount’s distribution agreement ended—Wolper was able to buy out Quaker Oats for $500,000.

And so—with TV hungry for programming, and cable not yet a reality, by the mid 70s Willy Wonka was being played as children’s counter programming on network television. Those views on TV fueled growth in sales of VHS, and an audience for the now cult classic grew and grew.

In many ways, Willy Wonka is the ultimate long tail example. A film whose annual audience may be small compared to blockbusters, but over time has grown an audience of loyal fans and increasingly fawning critics. In 1995, Entertainment Weekly named it the number one film to watch with kids on a rainy day, saying: “Viewers should gloat in the well deserved punishment of a medley of kids so nasty they make the Menendez Brothers look like the Von Trapps.”

The thing about Mel Stuart is that he was always about the future, never the past. He moved from his Wolper and Wonka days to forming his own company. And he directed a remarkable documentary about students and the power of theatre called The Hobart Shakespeareans. It was a profile of a teacher in inner-city Los Angeles whose fifth-grade class each year performed Shakespeare. It aired on PBS in 2005.

“When you make a movie, you always do the best you can, but you never know what the audience response is going to be,” he told the LA Times. But he believed that the lasting popularity of Wonka lies in its unflinching honesty. “I’m not talking down to children and giving them squirrels with funny faces and all that stuff.”

Today—thanks to TV, VHS, and DVDs—Willy Wonka’s audience has caught up with the director’s vision. Tomorrow, as web and VOD mature to connect audiences with new and historic work that may have not reached them via theatrical distribution, the importance of work from directors like Stuart will only increase.

Mel Stuart passed away this week, at the age of 83. But no one who knew him will ever forget his love of the movies, or his passion for excellence in storytelling.

Thanks to Mel, I still have my Golden Ticket, which I cherish.