Home » Tribeca News » Don't Stop the Music: The Story of the Iconic AUSTIN CITY LIMITS Needs Your Help on Kickstarter
View All News

Don't Stop the Music: The Story of the Iconic AUSTIN CITY LIMITS Needs Your Help on Kickstarter 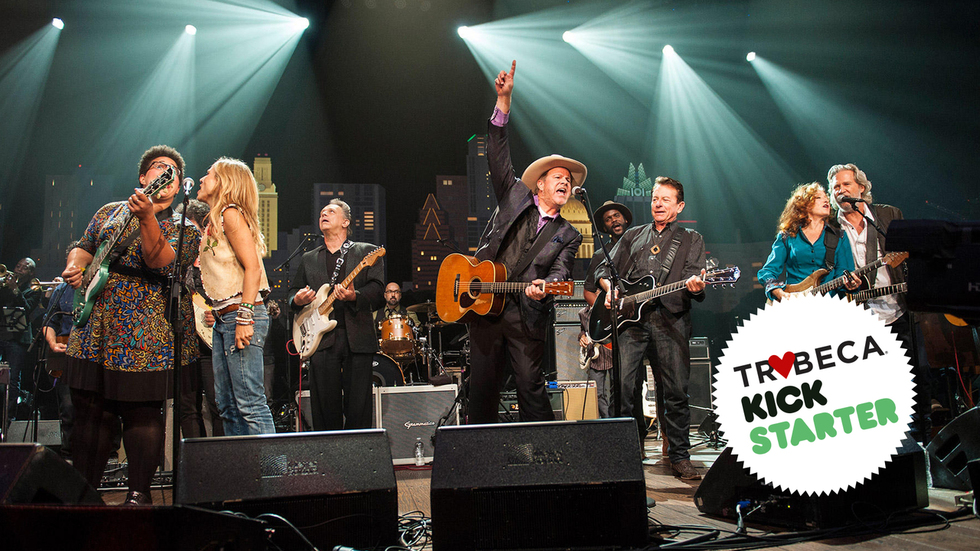 There's a reason why Austin, Texas, is known as the "Live Music Capital of the World": Austin City Limits.

The longest-running music show in television history, the public-access series is the only TV series to ever receive the Presidential Medal of the Arts, and was also inducted into the Rock and Roll Hall of Fame. Austin City Limits has blessed Texas viewers, as well as those who've attended the Austin-located concerts in person, with first-rate live performances for the last four decades, beginning with Willie Nelson back in 1974, and just last year, continuing its legacy with a typically fiery set from Kendrick Lamar. It's why Austin's SXSW Music Festival was given such instant credibility when it began in the mid-1980s, and it's why music legends as diverse as Björk, Florence + the Machine, Wilco, and Coldplay have made Texas' famously "weird" city a priority tour stop.

Earlier this year, a new documentary about the legendary program debuted at the SXSW Film Festival to positive reviews. A Song For You: The Austin City Limits Story, directed by Keith Maitland, is the definitive ACL chronicle, providing a "front-row seat and backstage pass" to 40 years worth of history-making live tunes. But that SXSW premiere was just the first step—now, the filmmakers need help to get A Song For You into theaters outside of ATX.

Maitland and his team have taken to Kickstarter to raise $125,000 in order to pay for the documentary's music rights and archival footage, which will clear the 70+ songs featured within A Song For You. And if the pure love of music isn't enough to convince you to support their project, take it on good authority that Maitland's skills as a non-fiction filmmaker are serious business.

The Emmy-nominated, Austin-by-way-of-New-Jersey filmmaker was at SXSW with two films this year, and the other is a remarkable achievement. Backed by the TFI Documentary Fund, Tower uses firsthand accounts and narration to replay the shootings that take place on the University of Texas' Austin campus in August 1966, through which a sniper killed 16 people. Using animation that's not unlike Richard Linklater's A Scanner Darkly, Maitland places viewers firmly on the ground and brilliantly simulates the confusion, fear, and humanity that engulfed everyone present on that nightmarish day.

Considering how exceptional Tower is, there's every reason to believe that A Song For You will be similarly top-notch. Maitland is carving a niche out for himself as Austin's foremost cinematic historian, and his latest film already has a heavy list of supporters. Here's your chance to make the below list even longer.

To support A Song For You: The Austin City Limits Story, head over to its Kickstarter page and donate. And once you've done that, check out (and back!) other Kickstarters we love here.