"Story is more powerful than any weapon." Empowered storytellers can signal calls to action in distressed nations. 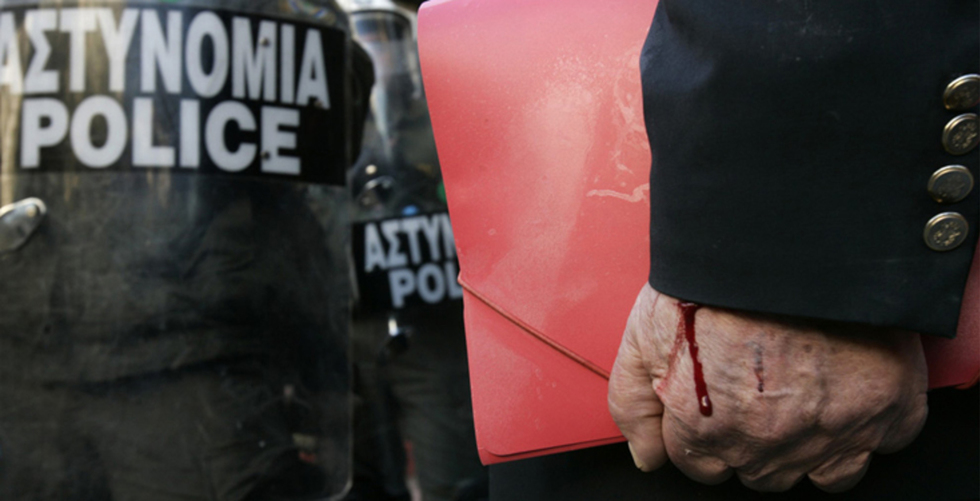 While traveling a few weeks back I had the good fortune to meet an Egyptian scholar. “Isn’t it wonderful,” I said, “how the Internet and social media were used by your people to free themselves from an oppressive regime?”

His response surprised me: “Oh no, Facebook and Twitter didn’t free us. Yes, they were tools we used along with diligent housewives, copy machines and handwritten flyers. The true tipping point happened late last year when our parliament retained power with the usual brazen wave of election fraud, corruption and thievery. The difference this time is that they didn’t even bother to lie to us about it. They didn’t even tell us a story.”

As someone who has spent the last decade advising the entertainment industry on how best to extend big movie and videogame properties across an array of strange new media platforms, I’ve had to think about story from any number of perspectives. What I’m coming to understand is this: Story is more powerful than any weapon. More than warriors, storytellers have influenced the way we’ve evolved as a race.

I’m not just talking about your gold standard orators—Christ, Gandhi, King, Jr. It’s also worth examining some of the world’s more conventional storytellers, those who have infused story with the power to move us, changing for the positive the way we think and act, in less obvious ways. In the early 1970s, at a time when the racial divide was still deep and television dared not address such issues, producer Norman Lear created Archie Bunker—a comical bigot from Queens, New York. “All in the Family” (and its various spin-offs) made us laugh as much as it opened up a dialog that helped to push our nation closer to one of tolerance and acceptance.

What is not as well known is that a young woman named Virginia Carter was advising Lear, helping to guide his writing teams with a sense of the potential impact these shows could have. She helped to infuse the stories with balance and integrity. Carter has since moved on to work with the Population Media Center; an organization that weaves practical and educational information into entertainment narratives to teach isolated or impoverished cultures about such issues as AIDS prevention, hygiene and birth control. The strikingly effective Sabido method that the PMC uses to do this is explained here.

Then there is the case of Simplemente Maria, a 1969 Peruvian telenovela (since remade a number of times in a number of countries) that told the story of a farm girl abandoned by her fiancée in the big city and forced to become a housemaid to survive. The abuses she suffers struck a powerful chord with millions of viewers across South and Central America, and the resulting outcry in some countries precipitated new and better laws governing the treatment of service workers. After Maria finds liberation by surreptitiously educating herself while her employers slept, millions of women formed night classes, fostering a movement that would finally grant Latinas a modicum of the freedom and power their North American counterparts were enjoying. (Read more on the intended and unintended effects of Simplemente Maria.)

With the Greek riots of 2008, story traversed media platforms with such amazing speed, the authorities were left scratching their heads. In Athens, a 16 year-old boy was shot dead, apparently for doing little more than mocking a police officer. Dozens of text messages and phone photos were sent from the scene, tangible evidence that police corruption and authoritarianism was rampant throughout Greece. In hours, a hastily erected Facebook page protesting the incident generated thousands of friends, and within a single day tens of thousands stormed the streets to express outrage. YouTube videos showed protesters being assaulted by government forces, yielding sympathy from neighboring countries. Greek parliament ultimately relented and pledged to impose restrictions on police power, diminishing incidents of brutality.

Here the storytellers were average people who’d had enough, but the difference this time was that they didn’t need traditional mass media to effect change. They used the harmless gadgets in their pockets and backpacks, the same devices they used to order pizza, flirt with potential lovers and download pop songs. It all started with a story, but this time the narrative spontaneously jumped across multiple media platforms, resulting in ubiquity. If we see something all around us it becomes real.

We’ve seen recently that not all countries are open societies where such events can easily take place. There are dozens of places in the world where the powerful maintain their position by controlling their people’s perceptions of reality. They withhold access to information, but more importantly they discourage and even prevent dialog. The result is ignorance, poverty, a population prone to apathy or extremism.

But what if we could change this? Right now, individuals are using devices as simple as cell phones to punch holes through the walls that have so long been erected around them. What if we encouraged more of them to do just that? At first they might not like what they see. It’s alien, it’s frightening, it’s got Britney Spears. But it also contains oceans of information…and it’s got someone to talk to, someone willing to hear their story.

We now have the technology and methodology to empower storytellers within embattled, oppressed or isolated cultures to widen those portals, to learn from what they find, discover new perspectives and voice their narratives back to their people across traditional and digital platforms in ways that can change things for the better.

Entire social systems can be controlled by powerful narratives, but when people are suffering for decades or even centuries, it’s usually because the story from those in power is designed to lock their subjects in place. Forbidding certain kinds of education, the subjugation of women, extreme responses to rhetoric, symbols or cartoons. These are imposed, supplanting our natural curiosity, our impulse to explore, our need for personal freedom.

A story that surrounds you can extinguish all of these, but it can also reignite them.

If we can help the storytellers who peer at us through these portals to infuse their narratives with these fundamental values—values and aspirations drawn directly from the mythic underpinnings of their own civilizations, far predating any government or dogma—remarkable things can happen. These storytellers will be able to tap into these “grand narratives” to recapture the imaginations of their people and fire them up. They can inspire people to speak out spontaneously and collectively, and with these portals as conduits they can bring their struggles to the attention of and into dialog with the rest of the world.

The formalized application of these new transmedia techniques are not to be taken lightly, and without great care they are subject to abuse. Let me be clear.  This is not about imposing our own narrative on others. I am not advocating the deployment of propaganda or counter-narratives against enemies. This is about reconnecting local storytellers, entertainers, filmmakers and content producers with positive elements derived from the foundational mythologies of their people. These are the values found in the foundational narratives of virtually every early society around the world, that espouse the preservation of life, the seeking of knowledge and the hunger for freedom. These are the passions that were infused into every fiber of their being long before their oppressors came to power.

Can this really work? Well, a soap opera helped enhance a million women’s lives. Imagine a tale that starts on a mobile phone, slips onto the radio, shows up in a theater, a song lyric, a Tweet, a poem, a web site and a movie. If a positive narrative surrounds us so much that it starts to become real, the darker and more oppressive story—the story that diminishes life—will loosen its grip almost every time.

These stories don’t have to be didactic. Narratives work best as metaphors, where complex and controversial subjects—even calls to action—can be explored in a safe space. The storyteller is less likely to be attacked or censored, if their tale on the surface is both entertaining and “about some other place, some other time.”

So what we have here is the transcendent myth of the hero who journeys through a portal and returns home to use the talismans she’s earned to stave off her oppressors and improve the quality of her people’s lives. In this moment of technological triumph and near-infinite interconnectivity, to those brave heroes we are obliged to become both mentor and audience. Courage, after all, is bolstered when the cries of those who must sacrifice are heard and understood, even if the listener is thousands of miles away.