Why Transmedia is Catching On (Part 1)

Part 1 of the Why Transmedia is Catching On series, entitled Shouting "Fire" in the Theatre, suggests that money, creativity, and buzz have conspired to bring transmedia into the mainstream. 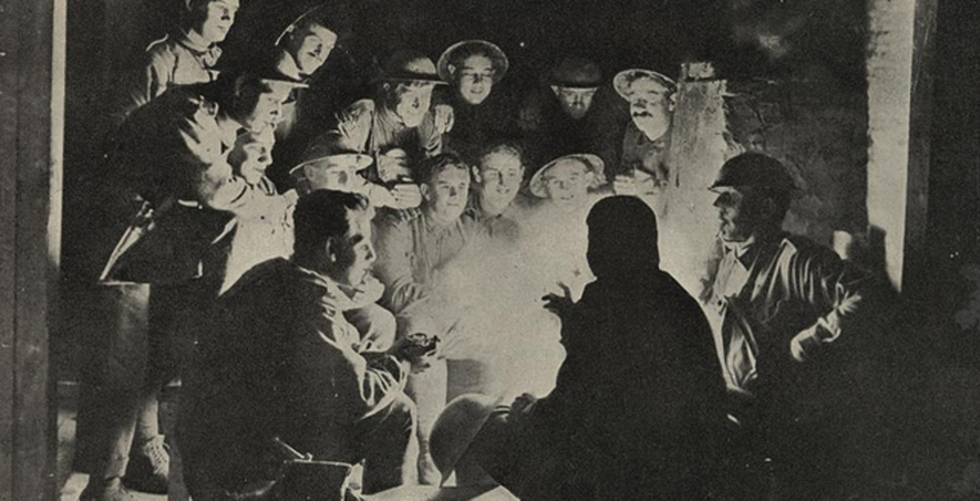 Part One of the Why Transmedia is Catching On series, Shouting "Fire" in the Theatre, suggests that money, creativity, and buzz have conspired to bring transmedia into the mainstream, despite or perhaps because of a testy flame-war within those producing cross-media stories. For more, read Part Two and Part Three.

"Isaac Newton didn't discover gravity, he just named it," one TV writer-producer quipped during a recent conversation about transmedia.

And so it would seem, despite a testy flame war over the term transmedia—or perhaps because of it—the transmedia movement is catching on across the media business.

"Transmedia" is shorthand for a grab bag of production and distribution practices and audience engagement techniques that have emerged over the past decade, and when taken together, promise a new kind of media experience.

Along the way, practitioners and pundits have applied many terms to describe this type of production –– interactive or participatory media, cross-platform or multi-platform storytelling, deep or immersive media, experience design, story franchises, sequels, packaging, integrated media, 360 production….the list goes on.

What’s new here is the idea that storytellers can create deeper experiences for their audiences when they unfold a story and its world via multiple venues, and when they invite consumers to participate meaningfully in that world—especially when they do so from the outset of the project.

Whatever the nomenclature, the transmedia trend is gaining traction, fueled by some observable trends:

I’m excited about all of this activity because for more than 20 years, I have helped artists and companies develop new forms of storytelling across many platforms (movies, music, TV, PCs, CD-ROMs, game consoles, mobile phones, set-top boxes, the Web). The programs I created at the American Film Institute attracted true believers who were fervently trying to reinvent Hollywood in the wake of the digital revolution, a movement that I called "interactivism."

Which is why I joined a transmedia panel at Digital Hollywood in May, and how I learned about the vigorous online fight over "transmedia" nomenclature, definition, and turf.

The hubbub dates to the April 2010 decision by the Producers Guild of America (PGA) to authorize a new credit: "Transmedia Producer." This credit was drafted primarily by Jeff Gomez, CEO of New York-based transmedia consulting firm Starlight Runner.

Sides were quickly drawn between supporters and detractors of the PGA move. Advocates believed that the credit provided legitimization and would stimulate more multi-platform production. Opponents felt that PGA’s definition was too narrow, and left out many forms of cross-platform projects. Among the most vigorous opponents were producers of Alternate Reality Games or ARGs.

"Why do we have to define it yet?" asks indie filmmaker Lance Weiler. "Why can’t we just continue to experiment?" Because, says TV writer-producer Jesse Alexander (Lost and Heroes), "You have to give it a name so people can talk about it. Isaac Newton didn't discover gravity, he named it."

Anger finally erupted at the 2011 SXSW interactive conference in March, and then spilled onto the public Internet where a flame war ensued. Take a stroll through some of the posts and comments to decide if the fight matters, or if it is/was a tempest in a teapot:

Ironically, the online kerfuffle has only heightened the buzz and helped to spotlight the breadth of the movement, feeding into a deepening appreciation within all segments of the entertainment community that transmedia is the Next Big Thing.

Stay tuned for more from the Why Transmedia is Catching On series. Up next:

Part Two: Many Paths to Audience Participation for Transmedia Talent
A profile of a diverse group of movers and shakers whose determination and diverse roots are key to the growth of the Transmedia Movement.

Part Three: Tracking the Wild Beast
Nick DeMartino speculates on why transmedia will be mainstream this year.