As more attention is being paid to the lack of diversity in Hollywood, we look at 7 established female filmmakers and their remarkable debut features. 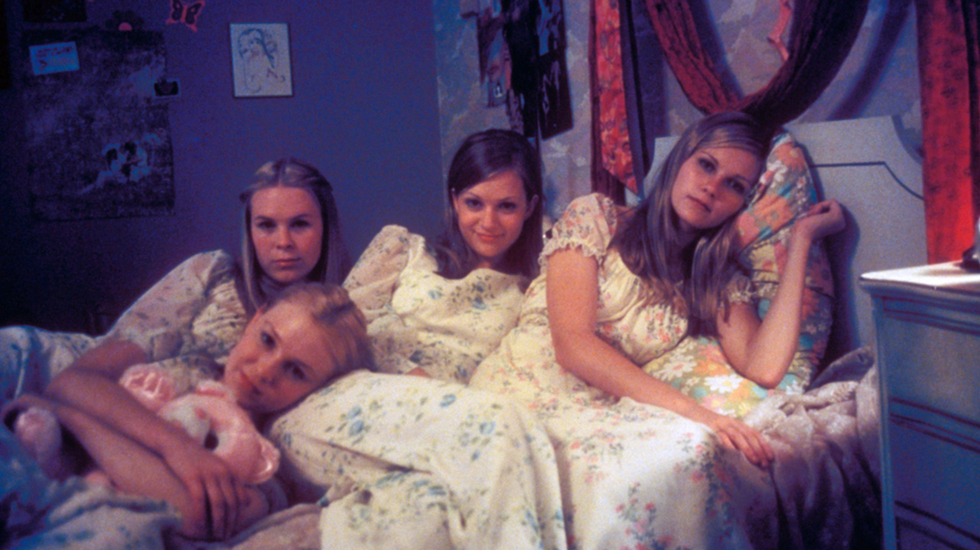 Out of the top 250 domestic grossing films of 2013, women directors helmed only 6%, a disappointing statistic. As we enter into 2014, we can only hope that Hollywood follows the example of the Indie film world and pays attention to the talented women available for work on feature films.

To offer a bit of inspiration to budding female filmmakers everywhere, we take at look at 7 great feature film debuts by women directors many of whom have gone on to have incredibly diverse and successful careers.

Amy Heckerling turned the high school coming-of-age genre on its head with her fiery debut feature, Fast Times at Ridgemont High. Working with a screenplay by the legendary Cameron Crowe, Heckerling added her own unique comedic style, ensuring the film’s status as a cult classic. Led by an all-star cast consisting of Jennifer Jason Leigh, Judge Reinhold, Phoebe Cates and Sean Penn (as stoner legend Jeff Spicoli), the film follows a group of misbehavin’ California teens through a haze of sex, drugs and high school hijinks. In her debut, Heckerling expertly found the right balance between the raunchy sex comedy and coming-of-age story. Perhaps best known for Clueless, Heckerling has directed acclaimed comedies like Look Who’s Talking, Loser and has recently begun a foray into television, directing episodes of The Carrie Diaries and Suburgatory.

The incredible Jane Campion made her feature debut as a writer/director with the dysfunctional family film, Sweetie. With her unique voice already established, Campion was able to walk that fine line between comedy and drama in this take on sibling rivalry. The film focuses on two sisters: Kay and Dawn, aka Sweetie. Self-conscious and quiet, Kay longs for a normal life with her stable boyfriend, but her whole world is disrupted when Sweetie comes back to town. Loud, boisterous and slightly manic, Sweetie demands attention at all times, a trait that eventually proves to be her downfall. This film fully displays Campion’s distinctive visual style and her taste for the extreme, so it’s no wonder that the Criterion Collection chose to release it on DVD in 2006. One of few women to ever be nominated for Best Director (for The Piano), Campion has proven herself to be quite versatile, earning multiple Emmy nominations for her miniseries Top of the Lake, which is now available on Netflix.

Did you know that Nora Ephron directed her first film at the age of 50? It’s hard to believe. Already an Oscar nominated screenwriter (Silkwood), Ephron, with her sister Delia, took on the challenge of adapting Meg Wolitzer’s beloved book. The hilarious Julie Kavner stars as Dottie, an aspiring stand-up comic who hits the big time, much to the chagrin of her two daughters, Erica (Samantha Mathis) and Opal (a pint-sized Gaby Hoffman). Filled with humor, realism, and heart, Ephron’s directorial debut further fueled her advocacy for womens’ stories and experiences. She deals with Dottie’s desires for success with the same tenderness as Erica’s first (disastrous) sexual experience. After This is My Life, Ephron went on to direct such classics as Sleepless in Seattle and You’ve Got Mail, cementing a legacy that continues to open up possibilities for women filmmakers.

Though Darnell Martin is a prominent television director (she’s directed episodes of Oz, Law & Order, Law & Order: SVU and more), she originally got her start on the big screen. With I Like It Like That, Martin gave indie audiences a strong heroine, Lisette (Lauren Velez), who is a woman struggling to raise her two children when her husband Chino (Jon Seda) is arrested for stealing a stereo. Determined to get him out of jail, Lisette talks her way into a job at a record label that specializes in Latino music. Filled with a new sense of purpose, Lisette, reluctant to go back to her traditional housewife duties, finds a way to keep her job and her marriage intact. Filled with color, noise and music, the film demonstrates Martin’s expertise at balancing all of the components that make I Like It Like That a terrific film. Martin brought her unique blend of talents to the big screen again when she directed Cadillac Records in 2008. This entertaining film about the rise of Chess Records stars Adrien Brody, Jeffrey Wright and Beyoncé.

Without a doubt, Nicole Holofcener is one of the most beloved female auteurs, especially among other female artists. Holofcener first hit the indie scene back in 1996 with Walking and Talking. Catherine Keener (who would go on to become Holofcener’s muse) and Anne Heche star as Amelia and Laura, two best friends who find themselves drifting apart against the hectic backdrop of NYC. Holofcener has an ear for how women talk to each other, making Amiela and Laura’s conversations and arguments feel remarkably authentic. With a non-obstructive style, Holofcener lets her characters take center stage and avoids showy camera work and other distractions. Perhaps this is one of the reasons why most Hollywood actresses are so eager to work with her. Holofcener has kept up her naturally rhythmic style for the past two decades with films like Lovely and Amazing, Friends with Money and, most recently, Enough Said.

Already Hollywood royalty, Sofia Coppola chose to adapt Jeffrey Eugendies’ novel The Virgin Suicides for her feature-length directorial debut. Set in 1974, the film follows the five Lisbon sisters—all blonde and beautiful—and the four neighborhood boys who innocently fixate on them. After the suicide of the youngest Lisbon sister, Mr. Lisbon isolates the rest of his daughters from their community, heightening the mystery the girls’ hold for the outside world. While the film ends in tragedy, Coppola’s debut is a triumph. Her delicate directorial style is apparent from the start in that she allows her actors’ subtle gestures and nuanced delivery to speak volumes. The film’s dreamy photography is aided by Coppola’s keen musical ear, especially in the scene in which heartthrob Trip Fontaine is introduced to Heart’s “Magic Man.” Coppola has been working steadily even since, and with the success of The Bling Ring, she shows no signs of slowing down.

After winning an Oscar for her short film Wasp in 2005, Andrea Arnold made her feature filmmaking debut the next year with the harrowing drama, Red Road. Made as part of Lars Von Trier’s Advance Party concept, this voyeuristic tale of revenge follows Jackie (Katie Dickie), a CCTV operator, who monitors the most dangerous area of Glasgow for law enforcement. When she catches big Clyde (Tony Curran) on her screen, she becomes obsessed with him for reasons unknown to the audience until the very end of the film. In this bleak and gritty thriller, Arnold holds the camera tightly on her actors and allows their emotions to propel the narrative and not the other way around. Since she wrote and directed Red Road, Arnold has directed only two other features: Fish Tank (2009) and Wuthering Heights (2012). With her considerable talents, she should be much busier.