We're almost halfway through the year (can you believe it?) and it's time for another breakdown of gender bias in cinema - yay! Bonus: 7 other Bechdel-passing films streaming now. 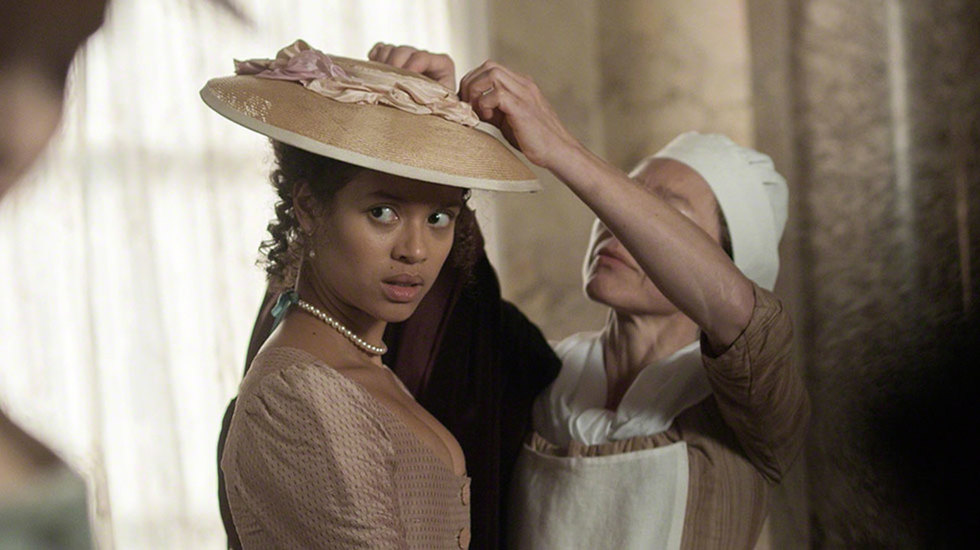 Since it's adoption into the Swedish film ratings system back in the fall, the Bechdel Test has received more attention than ever and is continuing to raise awareness regarding the importance of further developing realistic women characters in film and having them talk to each other about something other than men. Simple enough, right?

You would think so, especially since films that passed in 2013 made more money than films that didn't, but Hollywood is still very much a boy's club and the product is reflective of that.

Not to worry though, we've cultivated a list of films that have passed (although some are dubious) in 2014 thus far (okay, we left out a few, but they're along the lines of Barbie: The Pearl Princess. Finally Ken is left out of the conversation!) and also included the new additions streaming platforms including Netflix, Hulu, and Amazon Instant Video have to offer.

If you need a quick refresher, in order to pass the Bechdel Test, a film must have:

1. Two or more female characters who have names
2. Who talk to each other
3. About something other than a man

The women dominate nearly all of the conversation in this film as they discuss politics, motherhood, friendship, and race, in this unique, refreshing depiction of what life was like for aristocratic women during the 1700’s.

In Hunger Games-esque fashion, Divergent has given us an awesome representation of a strong, young female protagonist in Trie (Shailene Woodley) who's destiny is determined by her uniqueness. In addition to Tris, their are plenty of strong women characters in this film, including Maggie, Christina, and Jeanine who discuss everything from the faction system to knife fights and rarely mention men.

Never one to shy away from heavy, difficult roles, Jennifer Connelly plays Noah’s wife Naameh who helps her daughter-in-law, Ila (Emma Watson), figure out what they’re going to do with Ila’s children.

I guess when you’re stuck on a plane, you have to talk to each other. The conversations only between women in the film are brief but they do not discuss men, which is something we'd like to see more of in thrilers and action flicks.

Somewhat of a cheap pass not only because of the abundance of discussion about men throughout the entire film, but also because of the unrealistic nature of Carly's and Kate's (Diaz and Mann) friendship. However, the two bond over tequila and become BFFs who talk about dogs, plans after divorce, and Kate Upton's double D's.

Commended for it's vibrant, true to form take on the female perspective, Gia Coppola's (Tribeca Film) adaption of James Franco's Palo Alto: Stories, the coming-of-age drama follows April (Emma Roberts) on her road to self-discovery. Even though there is romantic narrative throughout the film, April converses with her mom and her fellow soccer teammates about other matters. Unlike most high school depictions, these girls aren't made out to be boy crazy in the slightest.

Leave it to Mean Girls director Mark Waters to create the fiercest female characters (based from the novel by Richelle Mead) once again, this time in half-vampire, half-human Rose and Lissa.

Don't let the strong female protagonist fool you! This is another one that just barely passed. Conversations between Veronica and the other women in the film don’t necessarily start with men, but discussions often end up on the subject, especially when Veronica is putting together pieces of her case.

In this romance starring the one and only Colin Farrell, women actually talk to each other about topics besides Colin Farrell. Must have been the weird twist on the undercut. Sorry, Colin.

BONUS: Here are 7 recent streaming additions to add to your queue that pass the test:

BFFs since birth, Robin Wright and Naomi Watts fall in love with each other's sons. Cue Jimmy Fallon - "Ew." It's definitely worth seeing though.

Born into the wrong body, Brandon desperately tries to make a normal life for himself in a brutally unforgiving environment. Directed flawlessly from the female gaze by Kimberly Peirce.

The tale of two neurotic couples who just can't get it together, an Allen classic.

A League of Their Own
Hulu

When the men are shipped off to war, the ladies take over the baseball diamond.

The story of Riot Grrrl feminist Kathleen Hannah who broke down barriers for women in the punk rock scene. Check out more about the film in Karen Kemmerle's interview with director Sini Anderson.