Home » Tribeca News » A Plea to Moviegoers: See THE LOOK OF SILENCE for Documentary Filmmaking at its Most Harrowing and Heroic
View All News

A Plea to Moviegoers: See THE LOOK OF SILENCE for Documentary Filmmaking at its Most Harrowing and Heroic

Joshua Oppenheimer's bracingly urgent documentary has been breathlessly covered and critically acclaimed for nearly a year. But will audiences actually see it? 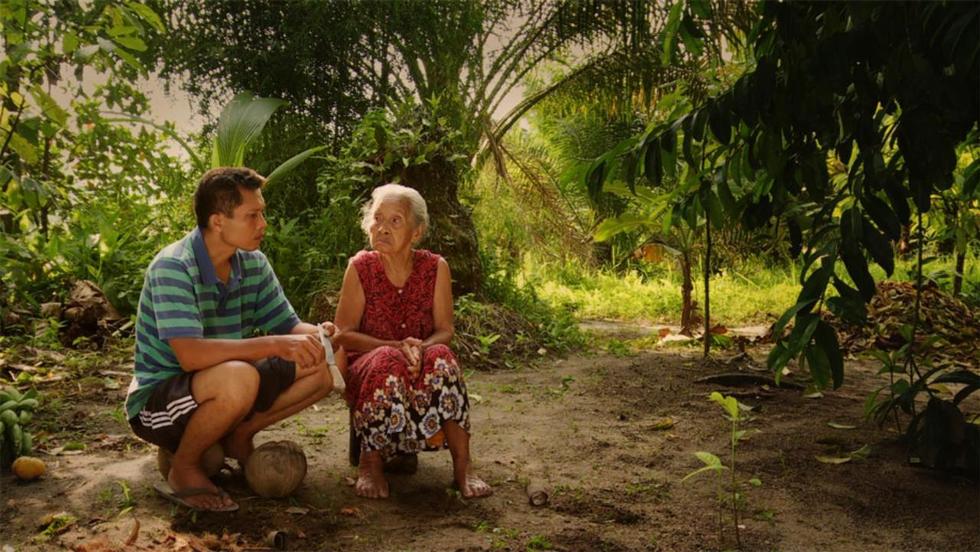 We've reached that sad but inevitable point in every calendar-year when the summer movie pickings get slimmer and the glorious prospect of watching Cate Blanchett wear period garb or Michael Fassbender speak in technically-precise accents starts making us salivate. There's an entire half-year of forthcoming films to look forward to, replete with prestigious projects from the tony likes of Todd Haynes, Steven Spielberg, and Quentin Tarantino, as well as international luminaries such as Miguel Gomes, Hou Hsiao-hsien, Alejandro Gonazález Iñárritu, and Yorgos Lanthimos. And yet, I feel oddly confident in declaring that it will be difficult to find a bolder, braver, and altogether more miraculous cinematic enterprise this year than Joshua Oppenheimer's The Look of Silence.

The second film in Oppenheimer's documentary diptych that began with 2013's extraordinary, Oscar-nominated The Act of Killing, The Look of Silence is a spiritual sequel that continues its companion piece's vital goal of recounting the Indonesian genocide of the mid-sixties by vividly exposing the horrific crimes committed by anti-communist death squads over the course of two years. But whereas The Act of Killing was a confoundingly colossal picture centered around a provocative premise — i.e. employing the actual executioners to produce artful reenactments of their own grisly crimes — and a rowdy, ragtag ensemble of morally dubious and proudly unapologetic killers headed by the controversial gangster Anwar Congo, The Look of Silence is a quieter, less populated, and more formally ambitious affair.

With its silently conspicuous but visually poetic inserts of cobwebbed openings and sun-dappled pastoral scenery, The Look of Silence is a more aesthetically polished but no less tremendous treatment of an appalling period in international history that had heretofore eluded any deeper cinematic inquiry. Relocating this trenchant exploration from The Act of Killing's primary urban spheres to the sleepy countryside of rural North Sumatra, the film's central focus is Adi Rukun, an Indonesian optician and married father of two who was born after the killings but remains hereditarily linked to them via his brother Ramli, the slain sibling he never knew but in whose memory he was created by his grieving parents. Oppenheimer, who shot Killing and Silence in one fell swoop, follows Adi's quest to recover the unanswered facts surrounding his brother's murder by conducting a series of house-to-house interviews with the murderers themselves, many of whom live among Adi in the same small village and remain unpunished or uncontestedly in power to this very day. As Adi encounters huge resistance (and barely-veiled threats) from the surviving squad leaders and/or their remaining relatives, both he and his parents — specifically his senile father and toughened, emotionally-guarded mother, Rohani — come fuller into focus, allowing The Look of Silence to excel as both a galvanizing historical testimony and a crushing personal document of a family ineradicably defined but not fully defeated by loss and grief.

For anyone who even occasionally frequents film blogs and movie sites, none of this should necessarily be news. And yet, despite the fully-merited critical swooning and the endless stream of illuminating interviews with Oppenheimer, I worry that this modern-day masterpiece of its genre might drift by under-attended and under-acknowledged by audiences who might have some (admittedly understandable) reservations about spending an hour-and-a-half with such a monumentally depressing story. It's important to note that even despite a richly-deserved Oscar nomination, a BAFTA win, and a heap of critics' prizes, The Act of Killing couldn't even clear half-a-million at the U.S. box office, despite being one of the most universally acclaimed documentaries in recent memory. Like its forerunner, The Look of a Silence is a shoo-in for an Oscar nomination and every critics' citation under the sun, but there remains a distinct possibility that the film might be cold-shouldered by the same audiences who have zero qualms about sitting through four hours of Lars von Trier misery porn, but who shrink at the sight of a challenging and compelling nonfictional film that depicts equally distressing people and circumstances that just so happen to be real.

Rather than suggesting a renewed interest in the documentary format, the recent successes of Crystal Moselle's The Wolfpack and Asif Kapadia's Amy instead only further demonstrate that mainstream audiences are only willing to turn up for a documentary when the project is rooted in tabloid-ready peculiarity and public notoriety, or else the exceedingly sexier world of mass market entertainment and its perilous pitfalls of celebrity. (The appreciable box office performances of 20 Feet from Stardom, Blackfish, The Queen of Versailles, and Searching for Sugar Man fit somewhere along this sliding scale.) Even the slow-growing but by no means exceptional success of Laura Poitras' Oscar-claiming NSA exposé Citizenfour was buoyed by a story and subject that were notoriously polarizing to American ticket-buyers and increasingly well-known to global audiences. Conversely, most American moviegoers seem unable to muster up even an ounce of interest in a shocking and contentious interval in Southeast Asia's political history that supposedly has nothing to do with them or their country, even though Oppenheimer has been commendably vocal about the U.S. government's likely culpability in Indonesia's anti-communist activities. You can swamp them with as much reportage and prizes as possible and alert them to the awe-inspiring risk and very real danger of making these films, but when it comes down to it, American audiences just don't care.

Which is a shame because The Look of Silence is as rousing, riveting, and reflective a film as one could ever hope to see. And Oppenheimer is one of international cinema's greatest finds in years, as well as a model of eloquently impassioned activism in interview after interview. He is also the rare documentarian who is still willing to gain insight into his subjects by spending actual time with them and fully immersing himself in their world (Act of Killing alone took eight years to make). Along with his imperatively "anonymous" co-director, he has given us two tours de force that reaffirm documentary film's unique but infrequently utilized ability to simultaneously examine and memorialize.

The Look of Silence and its prodigious predecessor are already being spoken of in the same breath and with as much fondness, awe, and fascination as Harlan County, U.S.A., Hearts and Minds, In the Year of the Pig, Man with a Movie Camera, Night and Fog, Shoah, and The Sorrow and the Pity, among other deeply-revered documentaries that are both time-stopped historical records and indelible shapers of the documentary medium's power and potential. Killing and Silence, borne of causal conviction and rigorous craft, stand head and shoulders above just about any documentary of the past five years, and as the latter gradually expands across the country in the coming weeks, I beg ambivalent audiences to seek out this tough-minded masterpiece while it's most in need of a self-selecting audience's time, dollars, and attention. I would love to be proven wrong and I think there's enough to engross a skeptical filmgoer than might at first seem apparent. It's filled with as many gripping scenes and memorable characters as any narrative feature you'll watch this year. It's as wrenching as any drama, and even in spite of the stomach-turning atrocities it so potently details, the film packs more fleetingly frisky moments of interpersonal, everyday comedy than any number of more self-consciously comical movies can manage to find over the course of two hours. There are villains aplenty in Silence, some even closer to home than anticipated, but they are built unmistakably of flesh-and-bone. And while Adi is a humbling and indisputable hero, the film is far from mere hagiographic portraiture. Rather, director and subject are intrepidly united in engaging our collective consciousness on an unmistakably humanist level and subverting our expectations from scene to staggering scene. An interview with Adi's elderly uncle initially eases our senses, only to turn irrevocably disturbing. Meanwhile, a tense meeting with a doddering murderer and his admiring adult daughter transforms into a compassionate encounter of wavering forgiveness and difficult acceptance.

The Look of Silence is many things, often all at once: a captivating study of human behavior at its most idiosyncratically detailed, a searing indictment of a destroyed country's darkest hour, and a mournful, moving reckoning with a personal past made heartbreakingly present. Oppenheimer, Rukun, and their courageous fellow filmmakers are ambitious enough to attempt such grand designs and masterful enough to accomplish them all brilliantly. If you can buy only one ticket to only one film this year, it deserves to be this.

The Look of Silence is currently playing in New York at Landmark Sunshine Cinema and expands into Los Angeles this Friday. Buy tickets and see a detailed list of future U.S. screenings here.